Is It Possible To Do An 80's Style Anime Shading? If So How?

I’m SUPER new here so I do apologize if I put this in the wrong place or if a topic similar already exists (I looked but couldn’t find EXACTLY what I was looking for). I wasn’t sure if this should be in Materials & Textures or Compositing & Post-Processing since I couldn’t find like a Shading section so I just went with this one. I’m also “fairly” new to blender as in I’ve put time into a few projects but never anything really complex or detailed, mostly just logos & intros for my YouTube channel. So I’m familiar with a lot of the basics of how to model, texture, apply materials, use nodes, basic rigging & animating, etc. But what I would consider “real” models and projects are outside my knowledge…for now lol.

Ok so on to the question, I’ll try to keep this as short as I can. So basically I had a few ideas I wanted to make into something like a comic book, but I can’t draw to save my life. So I was going to use blender to do the scenes and shots in 3D then compile it into a comic book like medium. But I’d like it to LOOK like a comic book and not something done in say PBR for example. So I’ve been scouring the interwebs for tutorials on cel shaded/toon shading techniques and ran across a few that I thought looked “good” for what I wanted.

But then I ran across a YouTube video called “TIE Fighter - short film” from a user named “OtaKing77077” and fell in LOVE with the art style as it reminded SO much of the Transformers: The Movie from the 80’s. For reference here’s a screen shot from the YouTube TIE Fighter video: 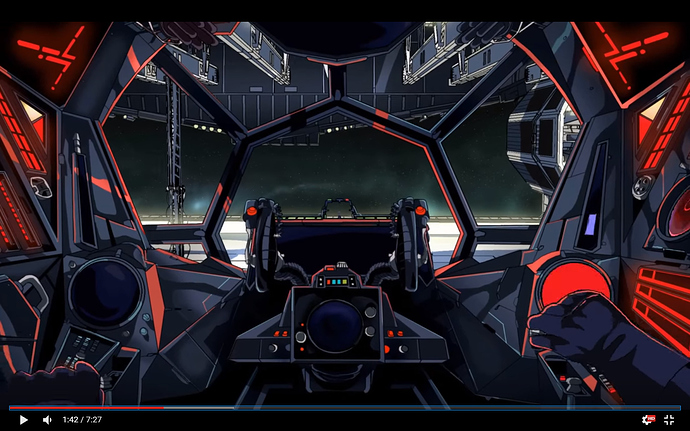 After seeing this I decided that if…(I realize that making things in 3D and Blender are usually more of a “how” than an “if” but there are occasions where something just won’t work…I think lol)…IF it was possible to do a shading like this in blender than THAT’s what I wanted to do!

So I’m mainly looking for IF this is doable and if so, how would I go about doing it? I’m not AS concerned with the models themselves (unless that is somehow tied to the shading effect), mostly in this type of SHADING.

Another frame of reference would be the recent Transformers: Devastation which is I suppose an obvious answer that this is doable in 3D because it’s a 3D game, but I wasn’t sure if it was doable in a 3D modeling environment, outside of a game engine with GPU shaders and code and such like what they did for the game: 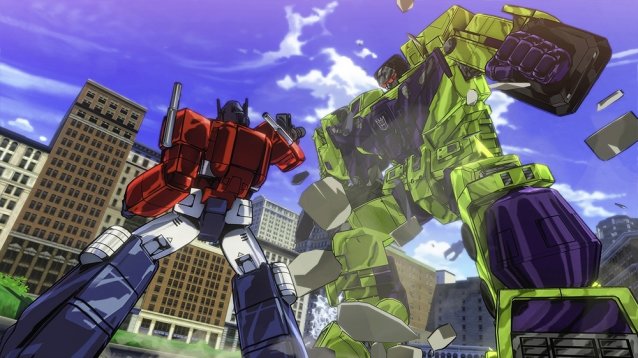 Sorry, I said I’d try to keep it short didn’t I lol. Sorry about that, I’m just trying to explain thoroughly so it’s easier to get an idea of what I’m looking to accomplish.

Another note would be I’ve used both Blender Render & Cycles and prefer Cycles but if this is somehow easier to achieve or of a higher quality in the internal renderer I have no problem using either.

I would appreciate ANY help anyone may have on this topic, and thanks in advance to anyone who responds.

Have you looked @ Thread: My cel-shading

WOW! I’m no expert but it looks almost EXACTLY like what I was looking for! I didn’t comb through the whole thread but there wouldn’t happen to be a tutorial on this type of effect by any chance would there? Cause that first page looks a LOT like what I wanted to shoot for!

Especially the first few on the page that had a lot of blue & red colors, the shading on that was epic!