Is it possible to rename an Action ? How ?

I am making a character animation using Shapekeys, and I want to rename the Actions, because I have duplicated some characters and the Actions names are not very meaningful.

Is it possible to rename an Action ? How ? 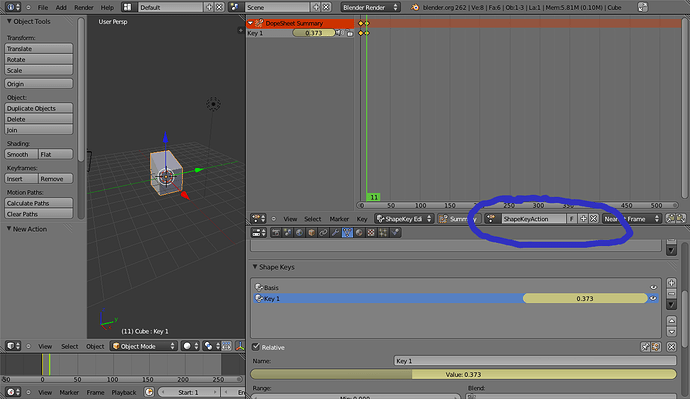 Also would like to thank you for all the resources on your site!! Your tracks creator setup for 2.49 is a great idea, very ingenious! I’ve read thru your automobile rig documentation. Haven’t used it yet, but you can bet when it comes time for me to rig a car, your site will be the first place I’ll look…

Hi revolt_randy ! Thanks for your help ! I am stupid : I had clicked on the fields to change the name of actions, but nothing happened. I thought I had missed something… Maybe it was just a temporary bad contact in my mouse switch at this moment… in fact, it works fine !

About my cars setups, they were made with and for blender 2.49, and it is necessary to adjust them for 2.6x, because some things are broken because of modifications in the way constraints are done in 2.6x. Principles are still fully valid, but I would have to rebuild the tutorials from scratch and I have not enough time for that.

I am currently building a pack of standalone self animated characters intended to populate cities. They are automated walking characters without armature, animated with shape keys, that can be duplicated in crowd. They require very few computing power, and can be put everywhere you want in a city. They walk perfectly at any scale without slipping effect. Some walk in straight line, others can turn at a street corner or enter into a shop. I am making various kind of characters, doing different actions, that can be customized easily by the user by adding props parented to the hands by Vertex Parent : Luggage, umbrella… and changing materials, colors textures as well. They have also each a separated head parented to the collar of the shirt, with its own animation. The head can be joined to the body in Basis ShapeKey mode, but a separate head allows more freedom to the user to customize the character. When the character is duplicated using the Duplivert feature, the head is duplicated as well in the process, so there is nothing more to do because of the separated heads.

So far, I have 5 characters, all men. I plan to make also women later.

I plan to release a first pack when all men will be completed, under CC BY license.