Is there only 1 way to resolve this ngon?

Hello everyone, this is my first time posting a topic here. I’m working on my first character model and after doing most of the base mesh I decided to see if I had created any ngons by using select by trait>greater than 4 vertices. Sure enough I had like 6 or 7, all of which I was able to resolve. For each of them I manually subdivided the ngon face into smaller quads with the knife tool, except for the one in my picture. Maybe this is a dumb question, but is the only way to get rid of it to run an edge all the way through the entire model? I’m hoping there’s another way to resolve it. In my defense it’s 3am and I think the last time I was converting faces into trapezoids and other shapes was in kindergarten lol. 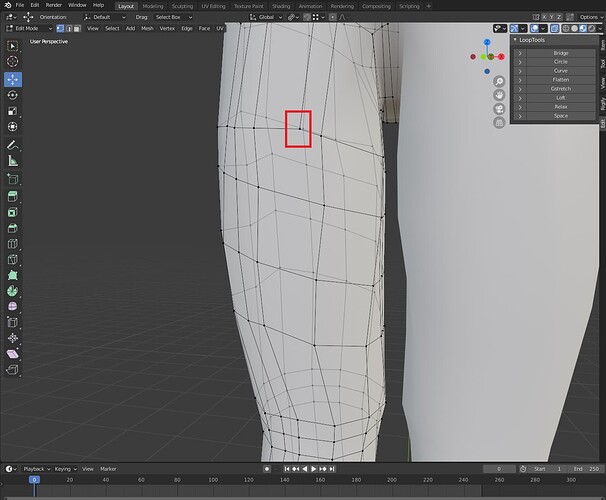 You can create some kind of loop to support your knee joint geometry. But may be deleting the edge will be better way. 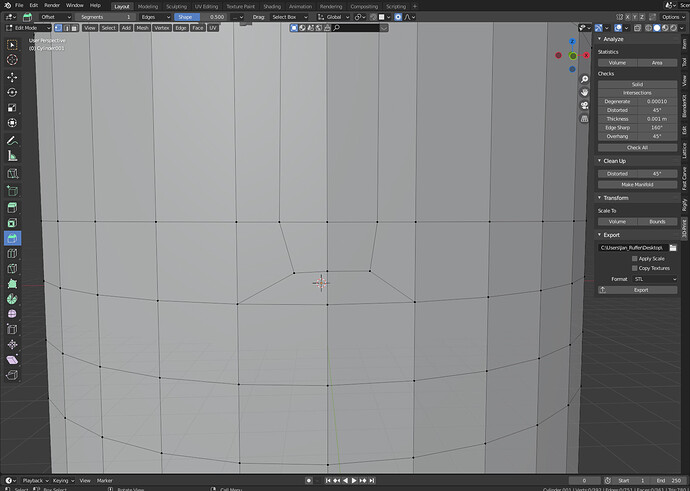 Thanks for the reply

These are good tips.Getting rid of that edge is the best idea but if thats not possible for some reason, solving it with such a loop redirection is the way. Just one more note, tor a single dead end edge you should rather do it like demonstrated below. It leaves a single triangle in the middle, but is the best solution for that case. 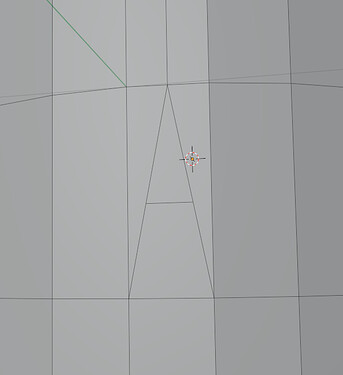 Hey thanks for the additional reply. Good to have alternate solutions! I just wanted to clarify something though, wouldn’t it leave 3 triangles in the middle based on the picture you posted?

wouldn’t it leave 3 triangles in the middle based on the picture you posted?

It appeared so to me at first as well, then I realized that the two ‘outside triangles’ each have a fourth vertex created by the bar of the ‘A’ if that makes sense.

Its like @EAW said. I let its angles that straight as I found it easier to read how it was contructed, but yeah you may want to give the outer faces more of a quadrangular shape. 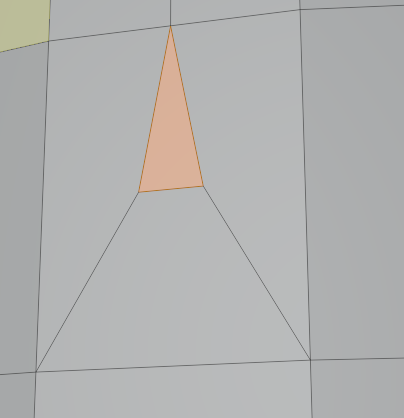