Is there something like the Blend Tool in Illustrator?

I’ve come across a problem where I need to create a stack of wooden planks that are individually straight but together they form an elegant contour. See here.

In Illustrator there is a ‘blend tool’ that allows us to create duplicate objects that conform to multiple contours. Is there something similar in blender? I’ve tried dupliverts but they are unpredictable and lack fine control. Also a lattice doesn’t wanna work for some reason. 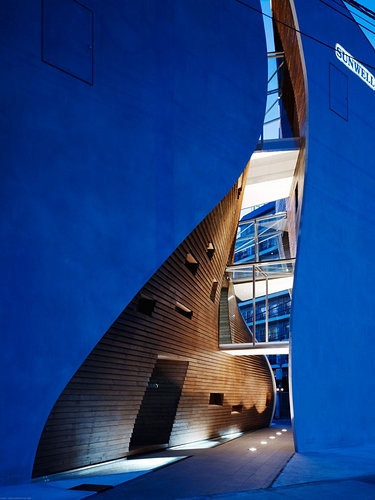 On first try I would try with dupliverts 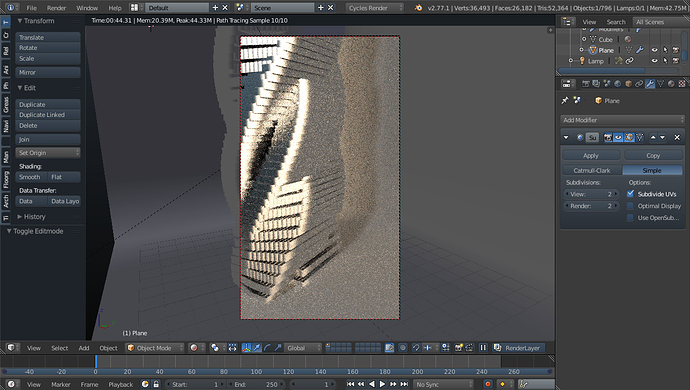 Thanks mate, But as I mentioned in the OP, dupliverts cant handle this particular job too well. 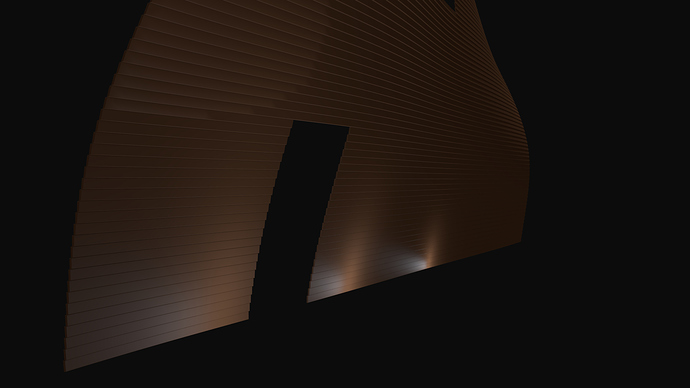 JA12 great. Could you tell us how did you do this? I find dupliverts very amusing but they are not very good for memory and performance.

My previous post shows an example of what the answer would look like if it were written the same popular way as most questions on the forum. This thread start is not even close to worst ones so I thought to post that. Still not watching a tutorial just to figure out what the op might be talking about though.

Anyway, made a simplified example.

As a summary, having an array of planks and enough geometry on them for the lattice to deform them properly, lattice control points are moved only along one axis. It’s the amount of geometry that controls how much of the curvature of each plank is approximated, and there could be many planks in a row. 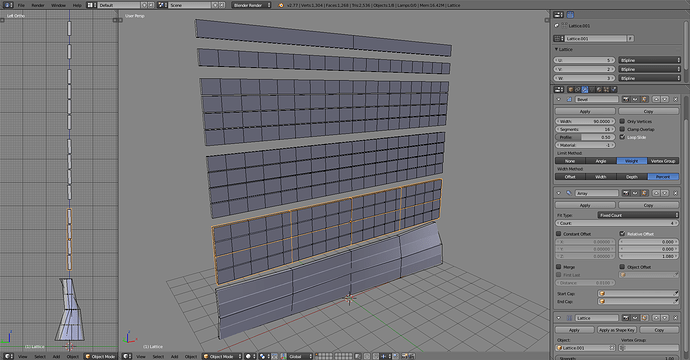 Boolean modifier could work for making the holes, cutting them before lattice modifier does its thing, so boolean before lattice. That slows down things so would probably be better to work in stages. Also cutting whole planks completely with it gives a cleaner structure and don’t necessarily have to clean up afterwards.

There probably are more ways to achieve this, like forming a helper object to get the curvature of the whole wall, then projecting the planks as 2d geometry with shrinkwrap modifier on it, and then using solidify modifier to get the full thickness for them. 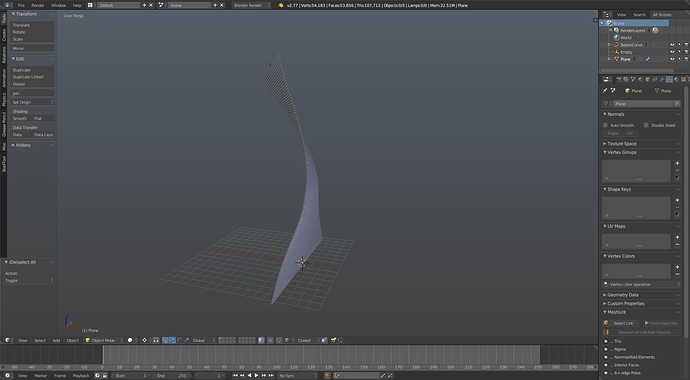 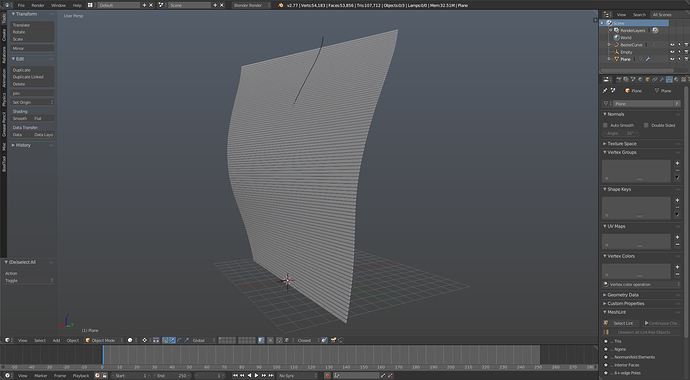 The lattice does get close, but my issue with it is that it deforms the mesh. I need the planks to maintain their rigid “square” form whilst conforming to a different contour at either end. So that means that only the rotational value can be changed to achieve the form.

And a curve would only produce one of the two contours.

Looks like I’m doing it by hand. Which is messy as hell and gives less than brilliant results.

Maybe you can use this addon [http://blenderaddonlist.blogspot.be/2015/05/addon-jarch-vis.html

Thanks man. I actually have this addon but it only creates the base planks, not solves the contour issue. Cheers for your help anyway.

for reference here is the result done by hand. 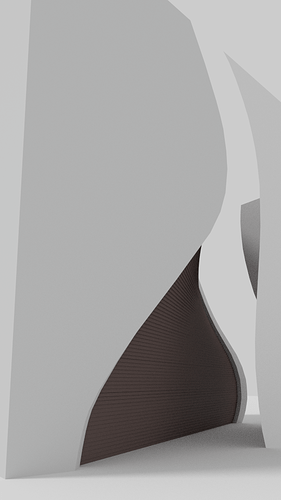 It would really be a cool Addon to have if anyone knows the right person. The blend tool is so versatile in Illy and it would totally make sense in a 3d environment.

Oh that looks close. I’d spend a lot of time wrangling with the verts trying to keep them straight but i will check it out. Cheers!