Is this a particle system issue, limitation or something?

I have make this parterre which consists of three joined objects. I have also create a vertex group for its surface so to add grass using “particle system”. 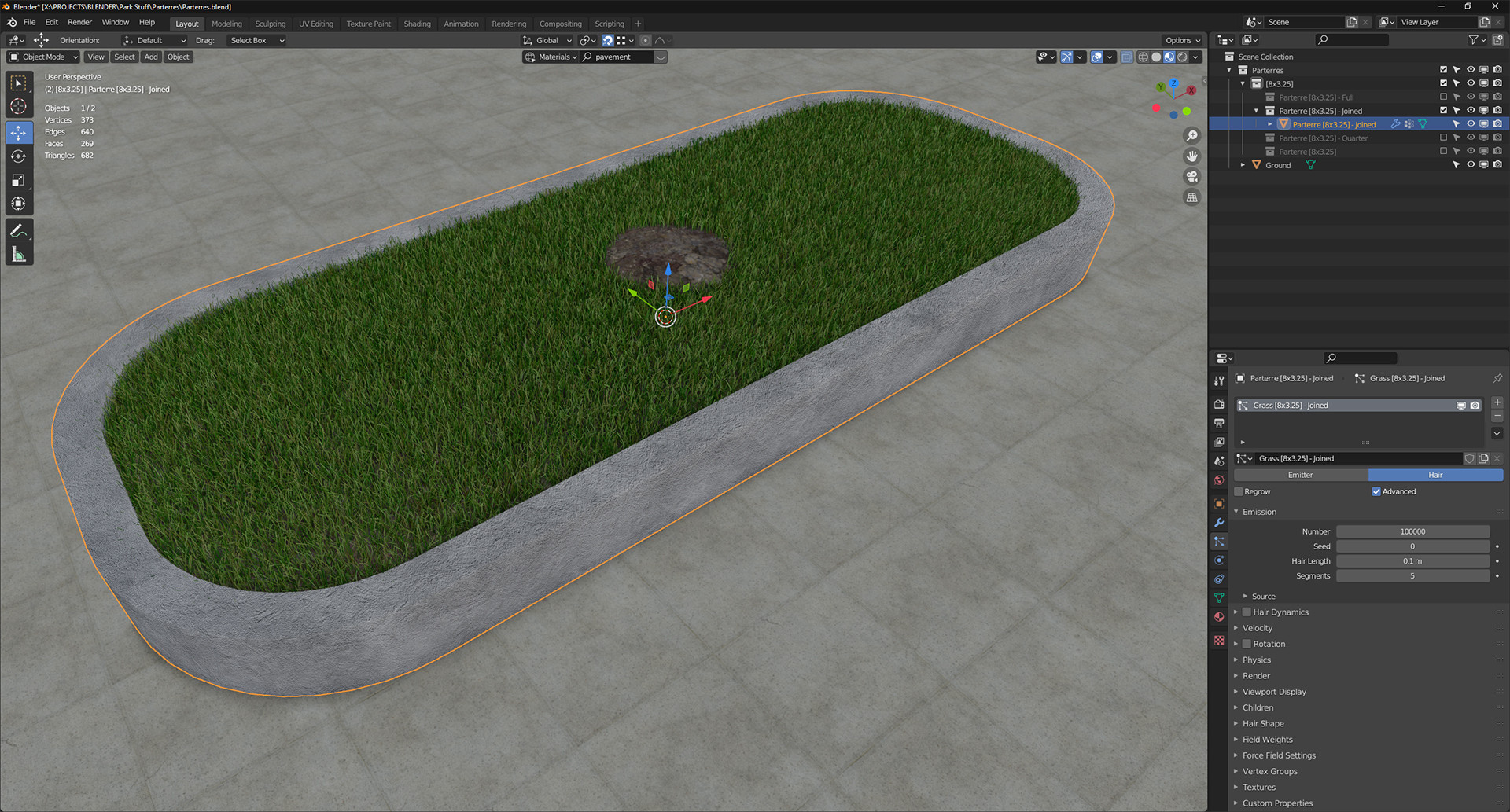 I plan to repeat it several times into my project, so to make it “lighter” I decided to crack it to quarter and do the job with instances. 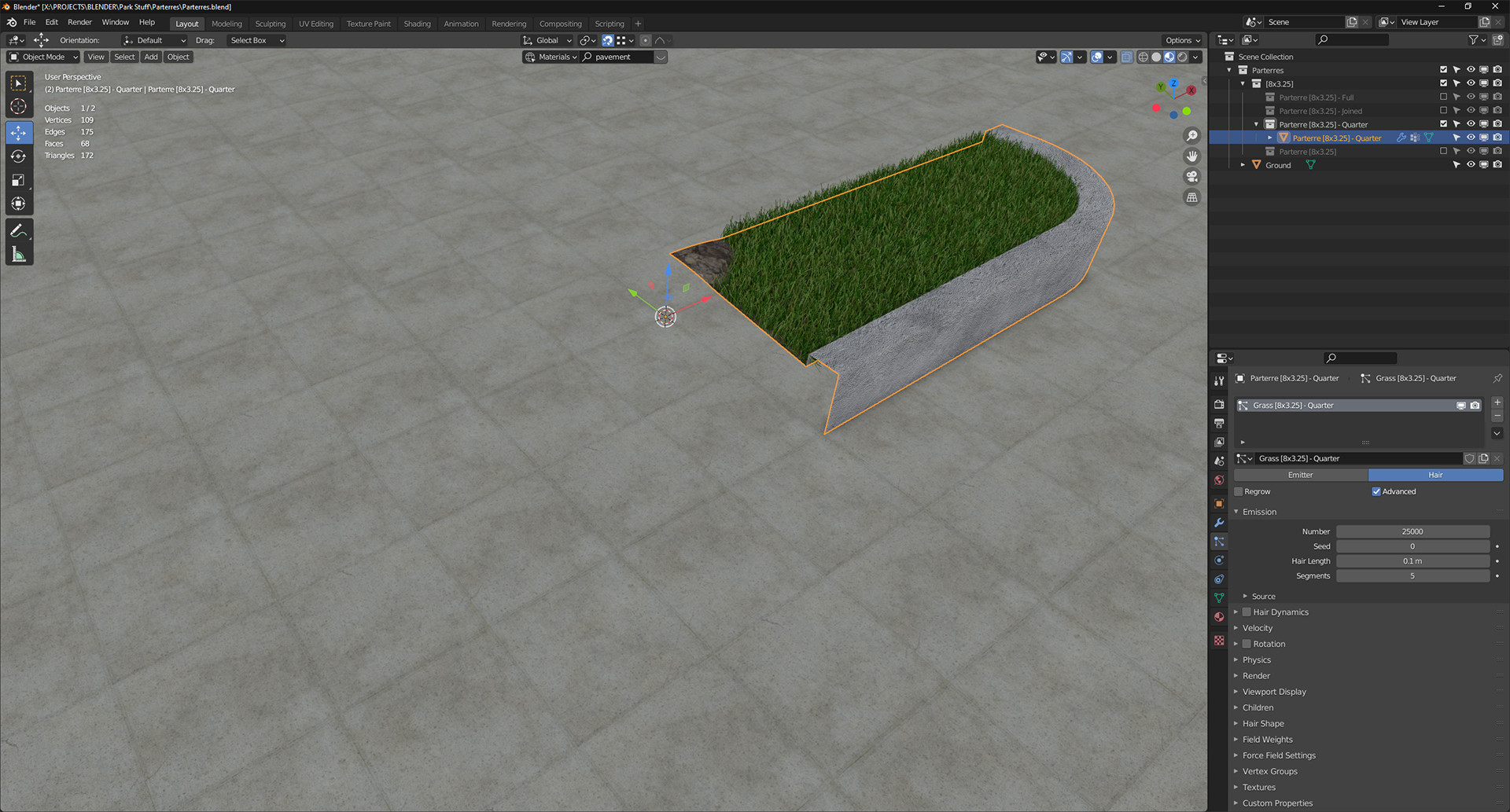 But, when I try to create an instance of collection which contains those quarters instances, I get this… 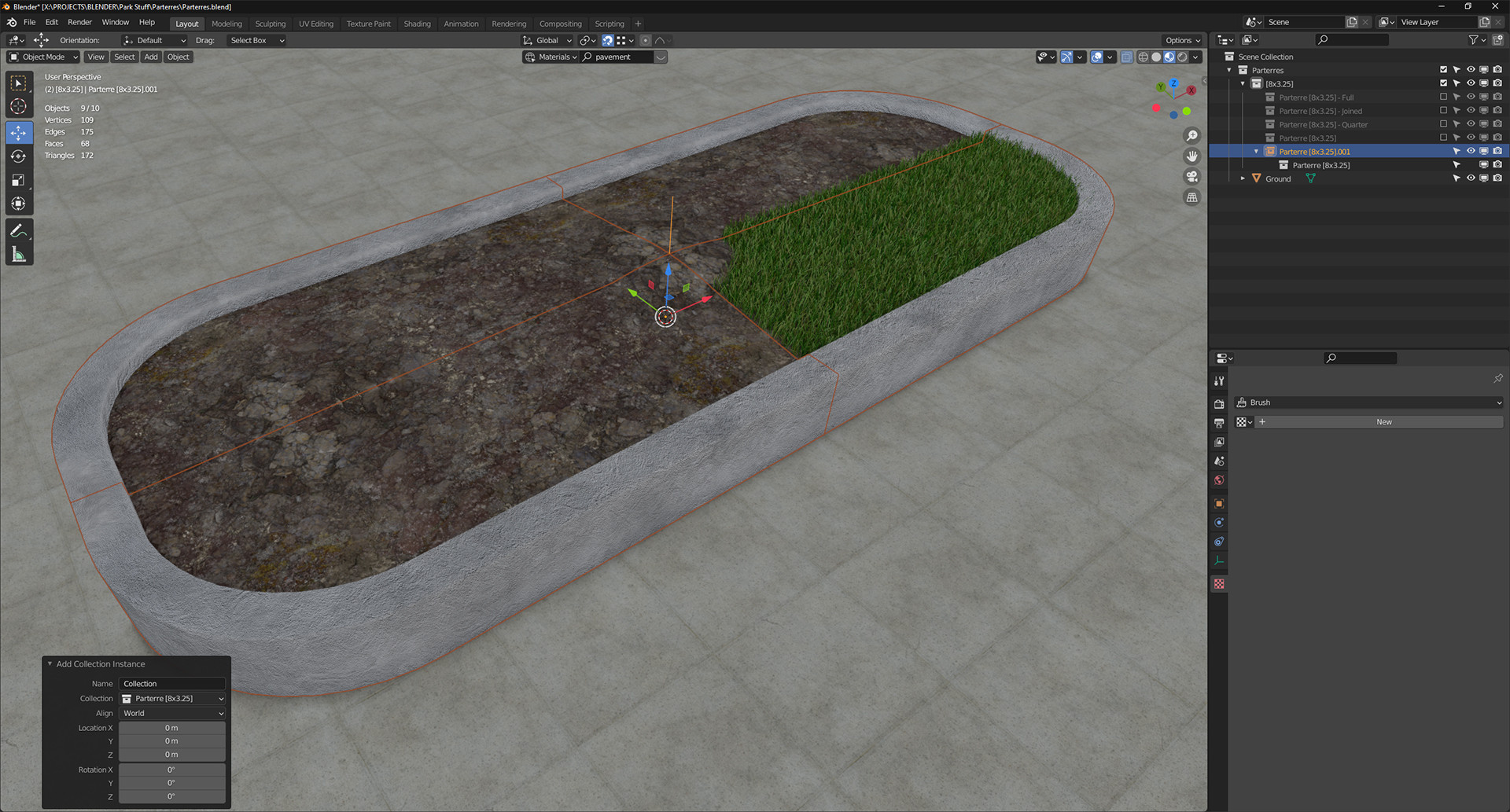 For some reason repeats the quarters but not the “particle system”!!!

With the help of a member from a Blender’s Greek group, I realized that for some reason “Particle System” only appears correctly with “Rendered” “Viewport Shading” and “Cycles”. 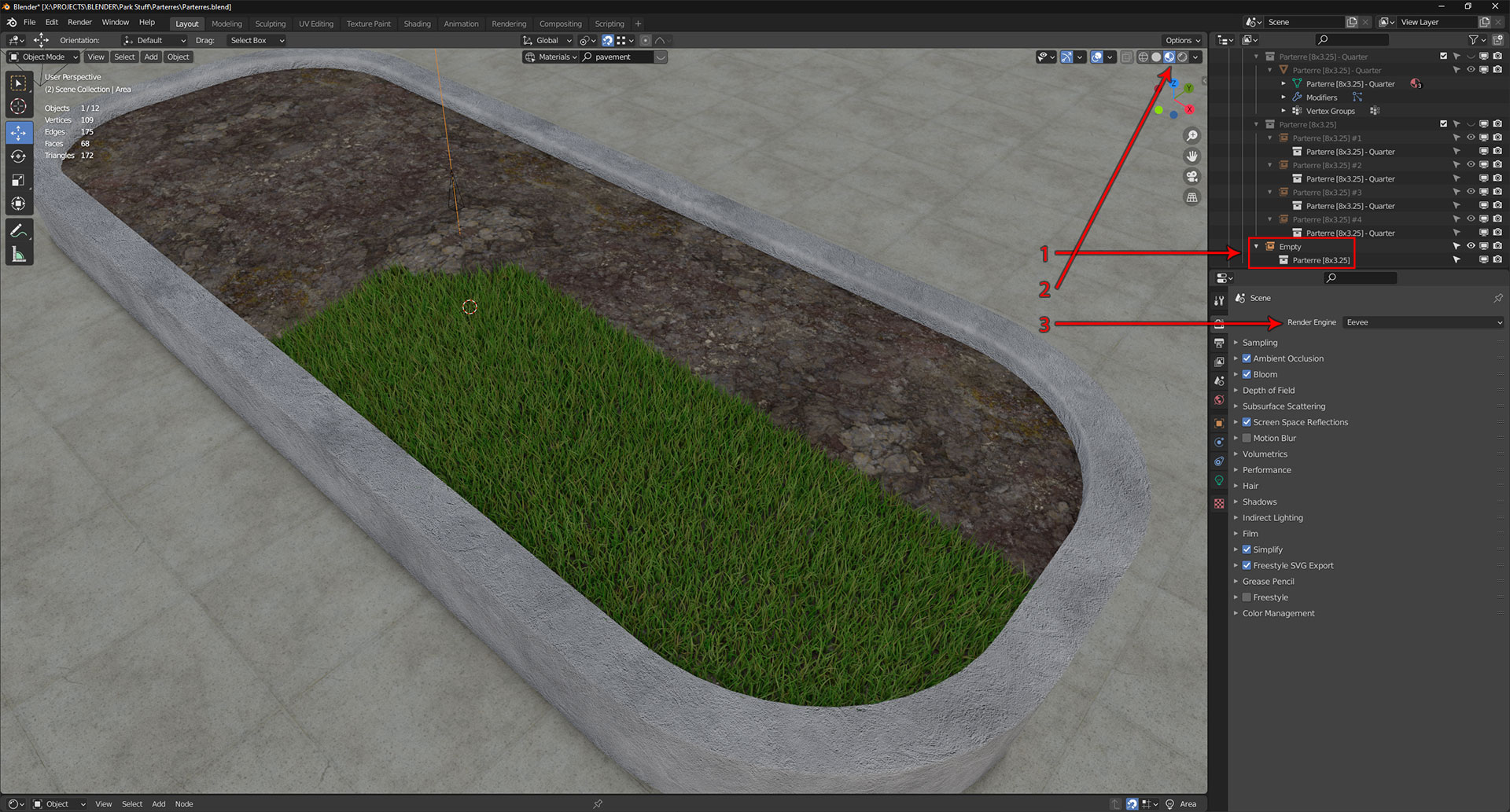 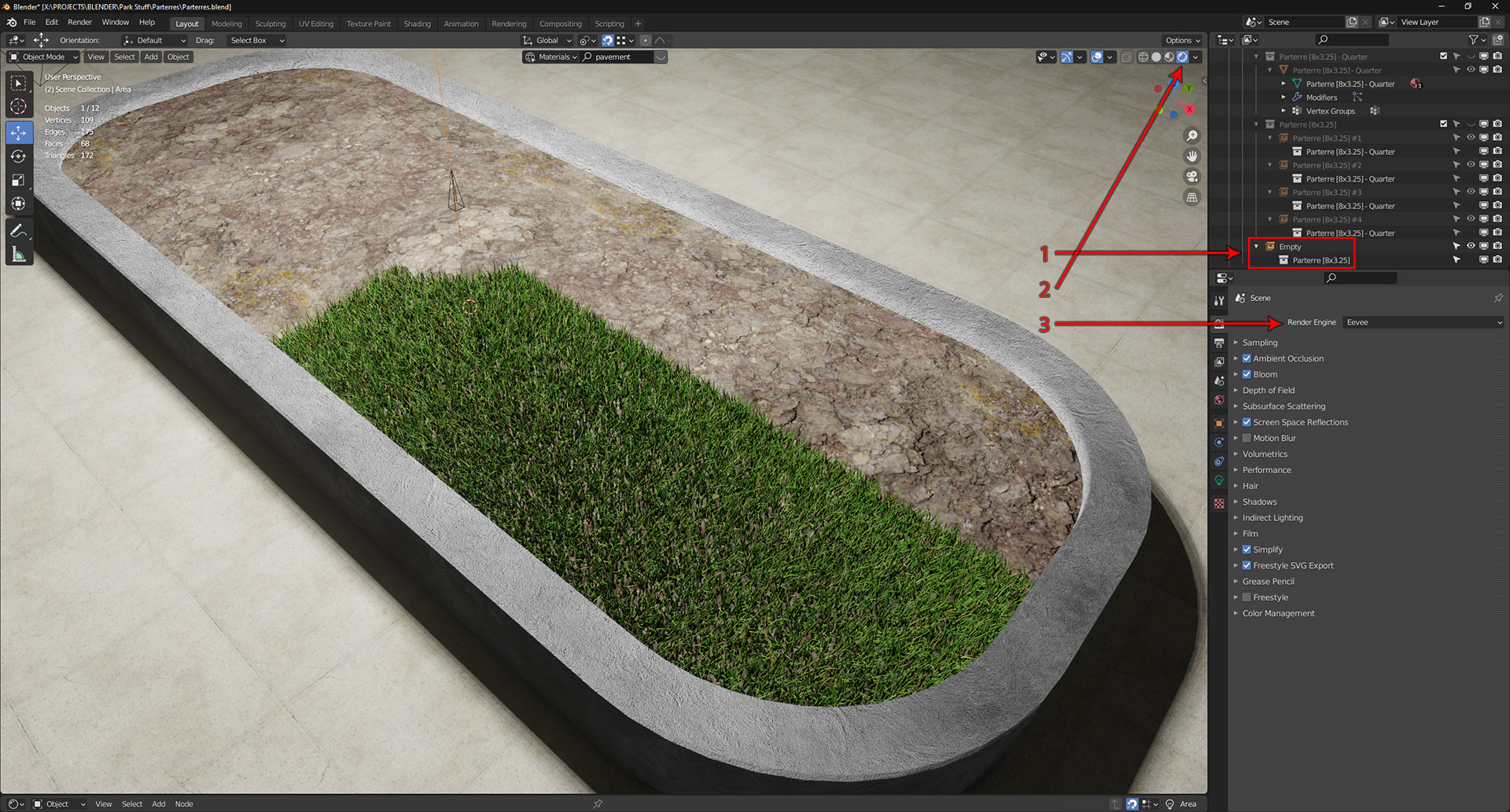 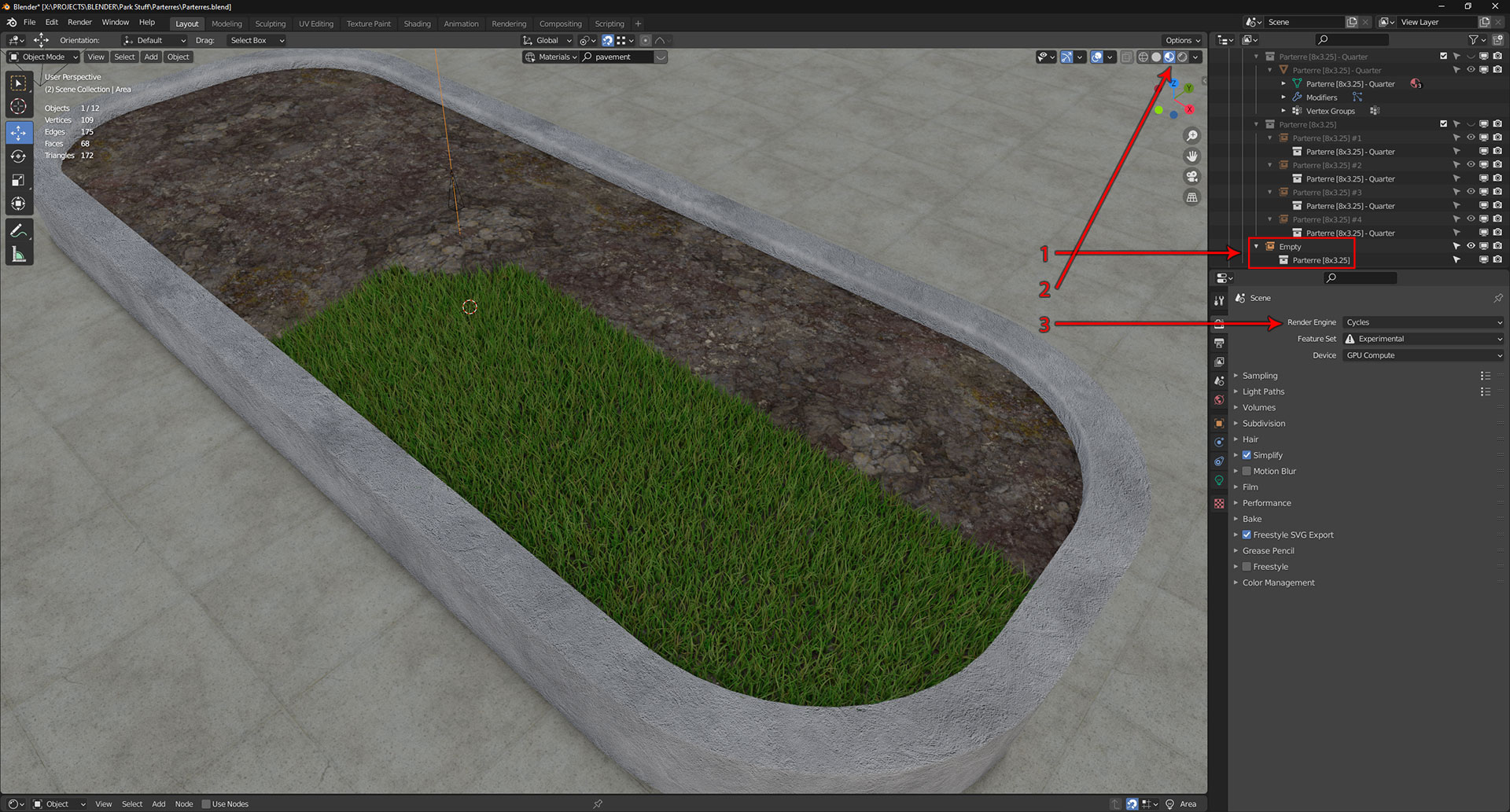 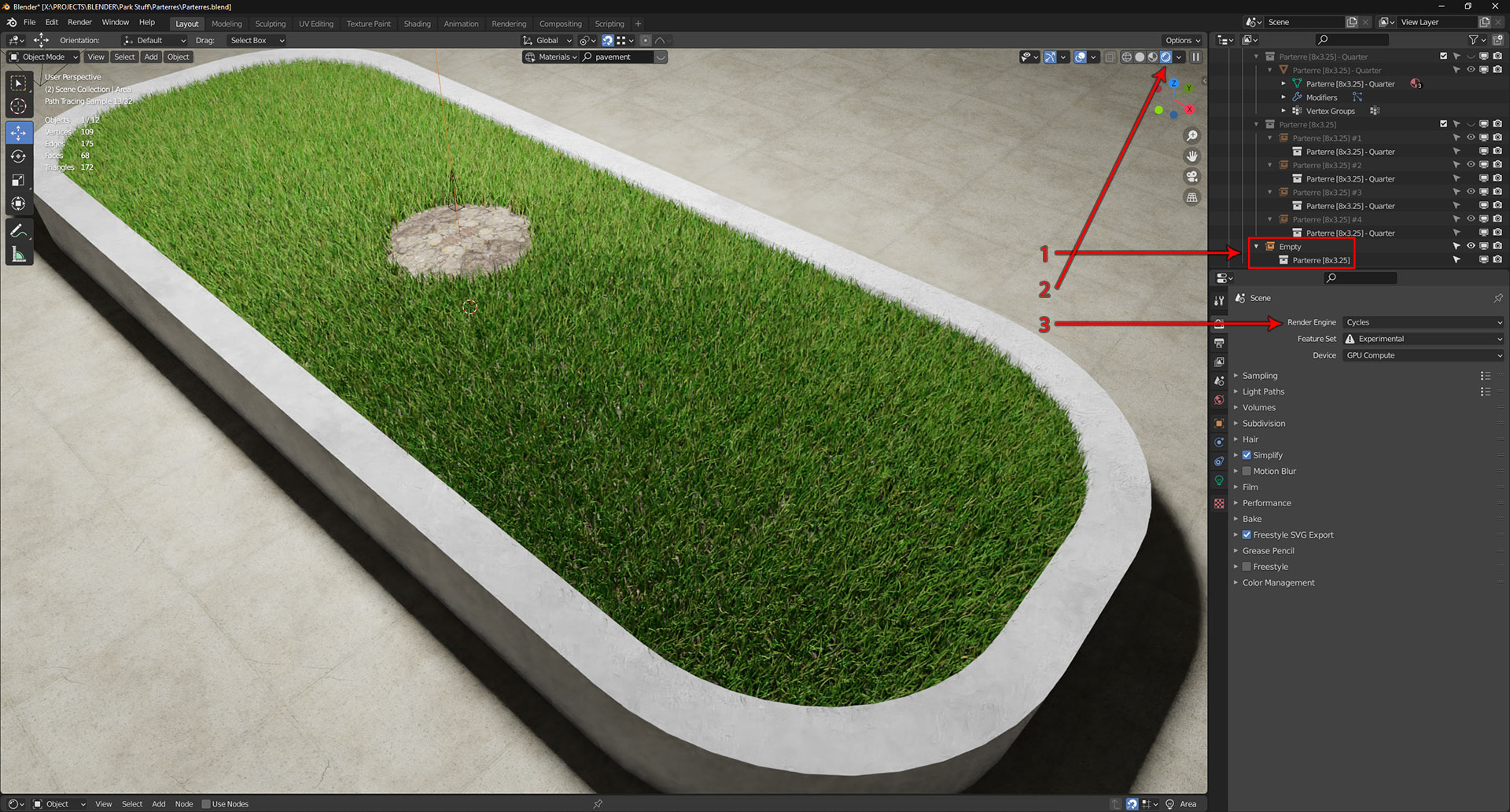 So, is there an issue, a limitation or something???