I only model landscapes, or at least thats what i call my ugly renders lol

Here is my newest WIP, this is not even a quarter of a way to being finished, all i’ve done so far is a tiny island lol. 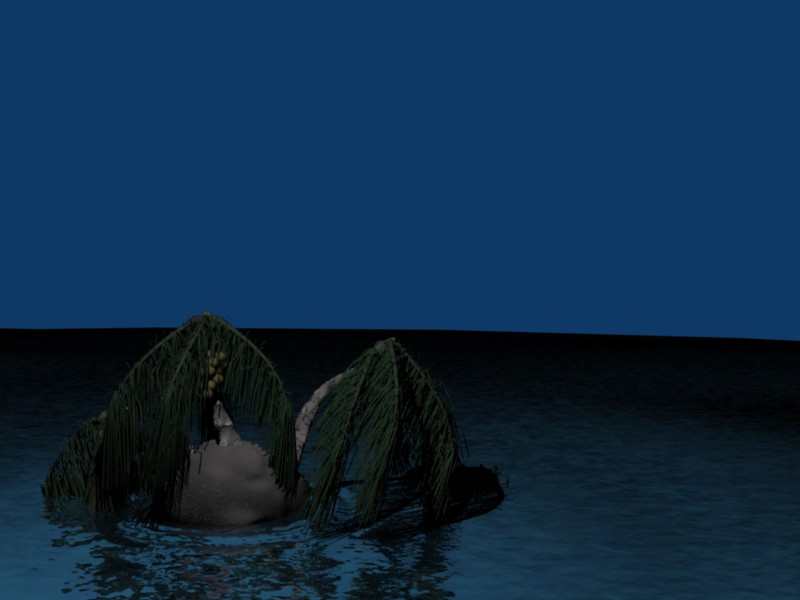 That looks sweet! I really like the palm trees and the water! You might want to mess with the background a bit though. Maybe add a hint of stars or the moon or something. Looks great!

Yeah thats part of what i’m going for, I’m trying to decide if i should do a day, afternoon, or a sunset scene

Update, I don’t know if I’m really going to use that background, what do you think? 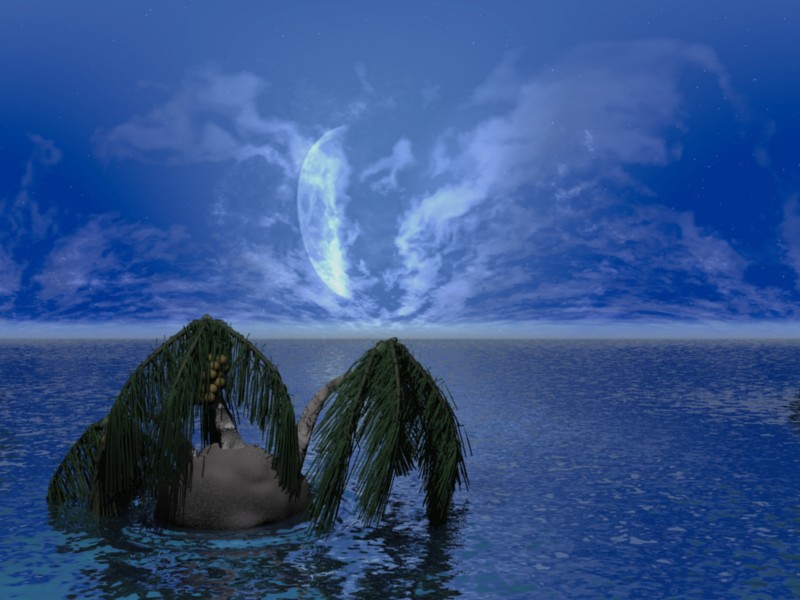 It is better but I think you can do even better. The clouds look kind of strange and the moons looks too long. Looks kind of alien to be honest. Can’t wait to see what you come up with.

Man, that’s kick-ass stuff you’re making. It looks GREAT! I hope that u’ll add an animal of some kind later. But it look sweet already - cant wait for update.

Update, I don’t know if it looks better this way, i said that i liked the first render better because it have some kind of i don’t know something to scene, anyway here is my newest test.

tell me what you think 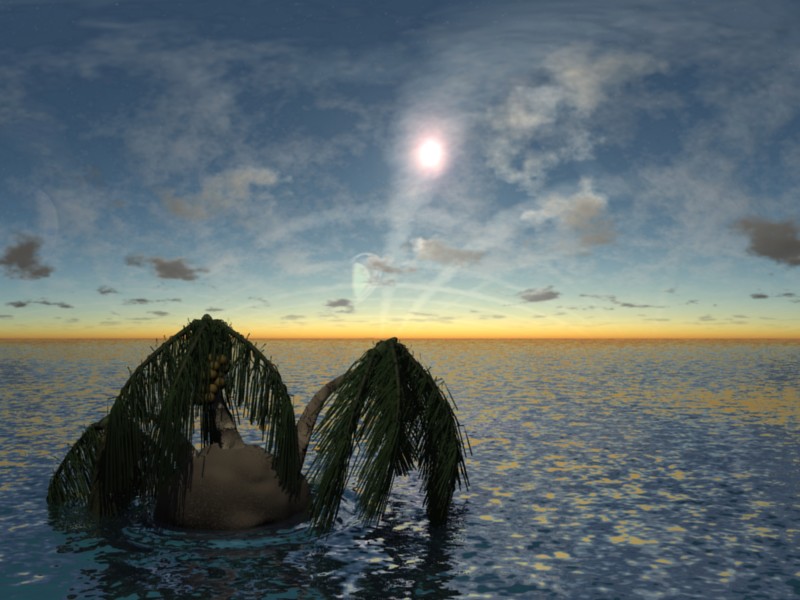 Hm… I liek the sun in this one but the clouds seem off. If I had to choose between the two I would go with the moon one. Maybe try another one. You can get it right!