Over the past week I have recreated my bedroom and my kitchen in my house in an isometric low poly fashion.
Here is the Kitchen: 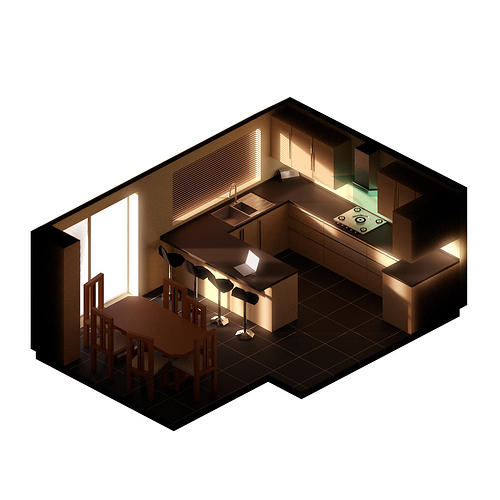 this took roughly 6 and a half hours to make, i used plans for my kitchen to make it so its almost exactly to scale. I then rendered it with 5000 samples which took 3 and a half hours on my CPU.

Here is the Bedroom: 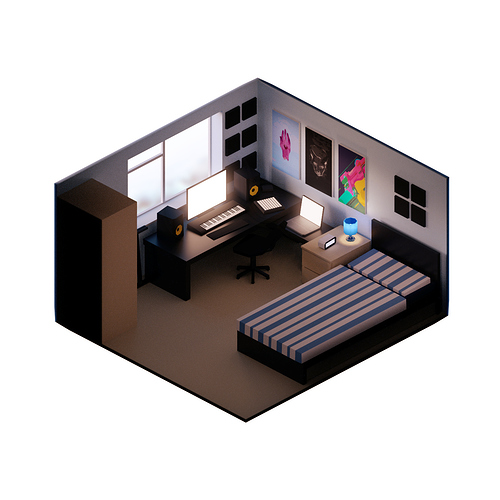 I made this on and off for a total of around 2 days, only needed 2000 samples here which rendered in about an hour.

Some of theses rooms are mising certain things from them (eg. the fridge or microwave oven) due to the fact they would be blocking the view so i decided to not add them in.

I like it! How did you make the glare on the furniture from the sun? compositing?

Yeah, made everything have a glow in Photoshop afterwards