Model of the World War II. battleship Yamato of the Imperial Japanese Navy. 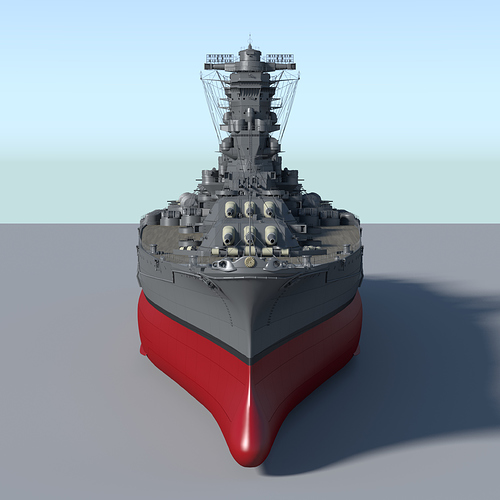 I created it to see how far can I push my hardware and myself.
It was created over a span of 6 weeks working on and off.

Most of the parts which repeat often, such as secondary/anti-aircraft guns were modeled in separate files and appended to the main file later on.

For the hull, i first made the basic shape using box modeling and subsurf, and after that I used the shrinkwrap modifier to align the plating to follow the hull. Later, the solidify modifier was used to give plating some depth.

Rigging and cables were made by using curves which were then given a round fill/bevel.

Most of the model was made by extruding vertices to trace the contours of the object. then these edges were filled with faces, and at the end control edge loops were added to control the subdivision surface modifier. 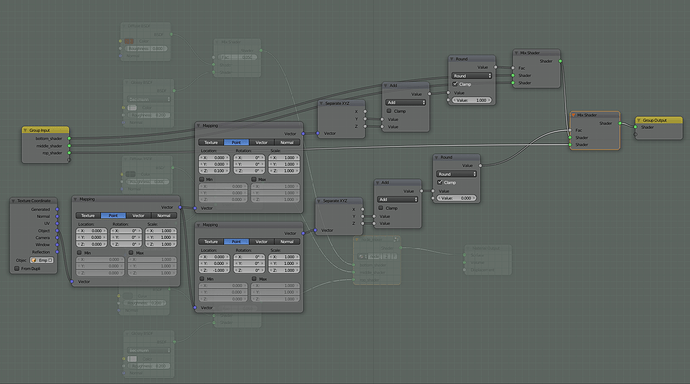 In total, the model has around 850 objects, and 40 Million triangles.

During rendering, the RAM usage was around 8.5Gb, but while building the BVH before starting the render, the RAM usage peaked around 13.2Gb, which seems close to the limit of my system(which has 16Gb available).

Very cool, thanks for the play by play.

I’d love to see this sucker in a scene.

The anti-aircraft guns didn’t do her much good in practice though. She still got sunk. One of the best examples of why battleships became obsolete.

I was watching the dogfights episode just the other day on the sinking of the Yamato, and your model and renders show just what an impressive ship it was.

That’s quite a project. Lots and lots of details there.

Gorgeous model and render. Thanks for sharing.

Wery Nice!
could we ever speak in private?