Me and a friend had an idea for starting a small short film project. So to start it up I made Kari. So far I really only have this mostly finished model. Any recommendations for how to do the textures? I definitely want better looking materials and maybe some more grunge to the clothes especially. But I have next to no experience in texturing. I have GIMP, but I seam to break it every time I open it.

If you have any suggestions, I’d love to hear them. 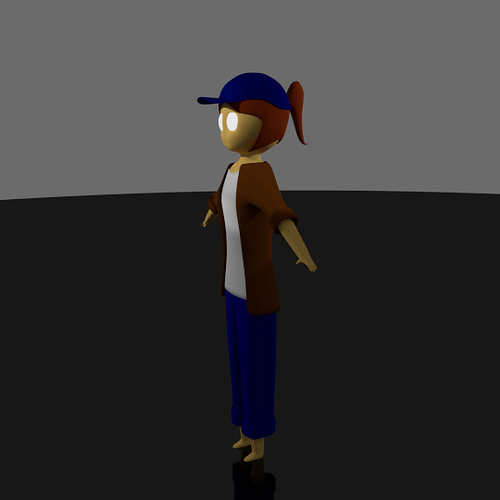 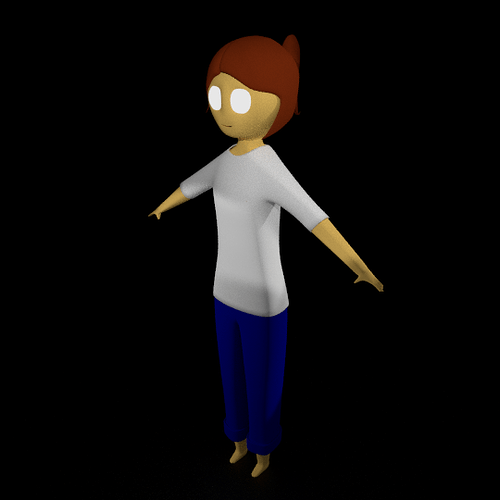 If you started with modeling then perhaps it would be a good idea to put that thing on hold and figure some stuff out first.

The more work and detail is put to things before modeling, the more stuff probably has to be modeled but less figuring out stuff that doesn’t belong at modeling stage in the first place. Not everything about the assets has to be visually expressed but that would help selecting things that looks and feels right. It won’t be any easier at modeling stage if left there and even if you manage to make a great looking model of the thing, it will be even harder to drop hours/days/weeks of modeling work because it doesn’t fit in the story.

Some of that stuff is hard, like facial expressions, but even if you skip those as too hard it still helps to have an indication of it in the character description. For example, if a character is always in a good mood, you probably would pay attention on how to show that and would give the character a happy face. The character would stay happy if you described it in a sketch, manipulating a photo, cartoon style, realistic style, drawing it with crayons on a pavement, or even as a 3D model that has to be able to express happiness. Although, Disney owns the rights to that emotion so they probably sue you for $1bn and a soul.

Designing anything is very different from modeling and won’t be a good idea to try to combine those. Modeling stage contains enough stuff to figure out, not to mention getting it to next stage, materials and textures. But whatever difficulties you would come across, you could present the character and/or the problem differently and with more specifics that are easier to respond to.

For example, you could be asking how to make dirty looking jeans (denim/cotton material/texture) for a cartoon style character, and you would already know why they’re dirty and could look up for references of different styles and what that dirt could look like on them. Like so many other things, materials and textures are also about references and observation.