here is just my work in progress;)

Oh, that’s looking better. Previously I didn’t say anything because I couldn’t tell what it was. Anyway, two things. 1. use buffer shadows for at least the close-up shading, if at all possible. 2. use particles for grass instead of a plane texture.

And consider smoothing out the branches of the tree, as they look a bit stiff at the bends.
Much better lighting in the second image though, good work.

I don’t know what that thing is, but skene looks pretty nice, I like the lighting. Grass/ground is too flat.

Maby you should try using particles instead of a texture? For the grass

I tried wikipedia to work out what a ‘kora’ was, but this is all I got:

"
Kora can refer to:

a kora is a west african traditional instrument music.

theres one thing that i dont like about this image, the line were the tree meats the grass it shouldent be so straght. if you want to use a thexture for the grass then modal some grass blads and put them around the botom of the tree.
i hade the same problem with a edge were a carpet meets the scerting bord
the thing near the tree loks like somthing i would expect to find in riven;)

You should really use particle strands for grass

The second one looks like postprocessed with ‘oilify’ or something… Really do consider using particle system for grass, it looks really good (see attached pics - it is only 5 minutes of work [and one million verts]). And the tree looks too cube-y - try making it more round and detailed (wrinkles or something). You could also add roots. Branches look better, but still they could go in more different directions. I like the falling leaves and shadows on the fence. Keep going! 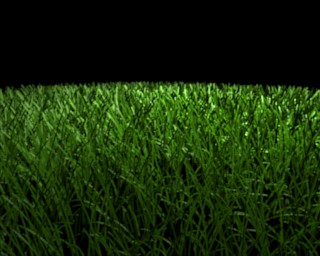 strand particle will realy improve grass but really increase render time.
i have a question however about render layer,am i obliged to render three time for my 3 render layer?

that looks mutch better with partical grass posabley nedds more density. round the tree more how often do you see square trees!

the particle art already at their maximum

Well, you could check if particles cover only necessary area. I also use random distribution over faces based on their surface (just press buttons ‘Rand’ and ‘Even’ in particles setup). You can just enlarge the particles as well - see ‘strands’ submenu in material settings (I suggest enlarging only ‘start’ parameter and setting ‘shape’ to -0.9). Strands size is measured in pixels [odd…], so it will look more dense on a small render. And why is this grass so dark? Remembered to use separate material than for ground texture?