I am Russian, therefore I have seen many Ladas before, so I decided to make one. The model was created around September/October 2014 and was first used for trying out the game engine(game accidentally deleted) So now I decided I would render the model in a really destroyed way(From the side because it still has no grill)

There is almost no processing except film simulation and dispersion in Blender, then some basic contrast type stuff in photoshop.

Mostly procedural textures on the car, except for the rust which was painted on in a similar way to Andrew Price’s rust tutorial. 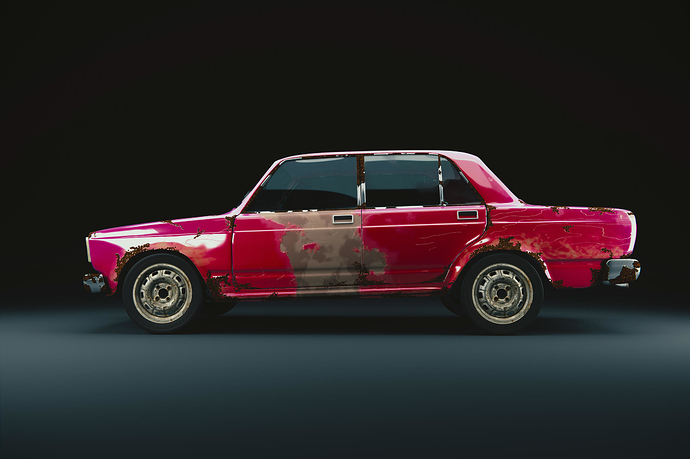 18 hours 11 minutes render time in 8k on my iMacintosh

Tip of the year: In the properties section, on the right and in the Post Processing section, there is a dithering setting; turn it to 2(MAX) it will completely eliminate any banding wihtout adding noise 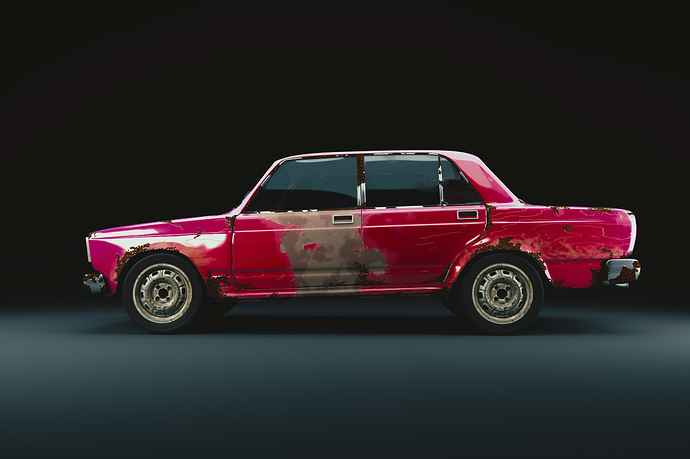 It makes it look so believable. And the lighting is really nice too.

It’s really cool!
It gives charm to the car those rusty parts and damages.

There shouldn’t be rust on the bumpers (at least where it is now), they are made mostly of plastic. Otherwise great! Шикарно!