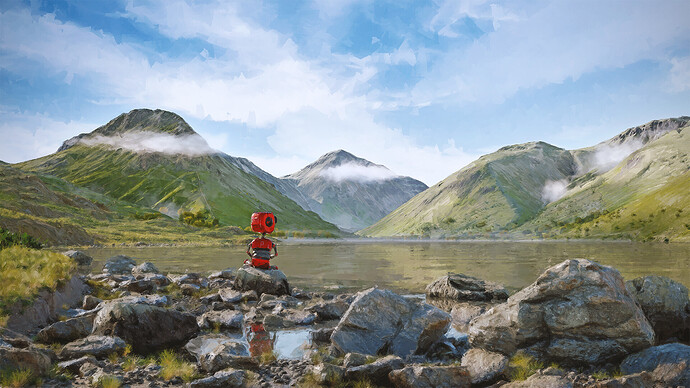 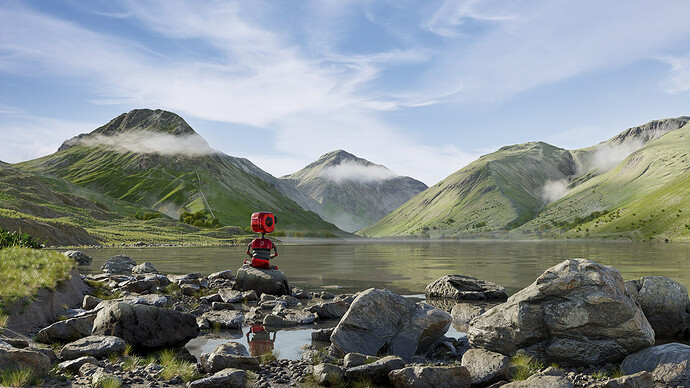 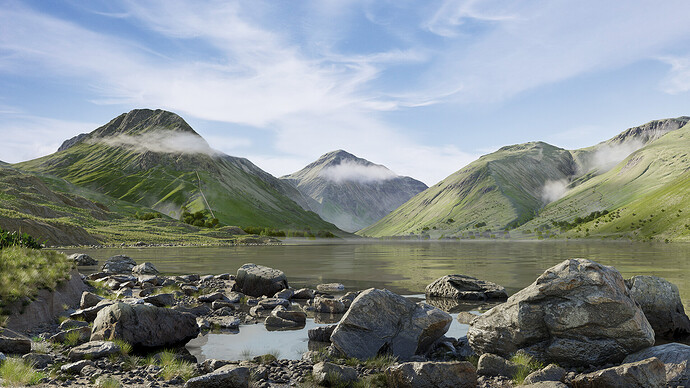 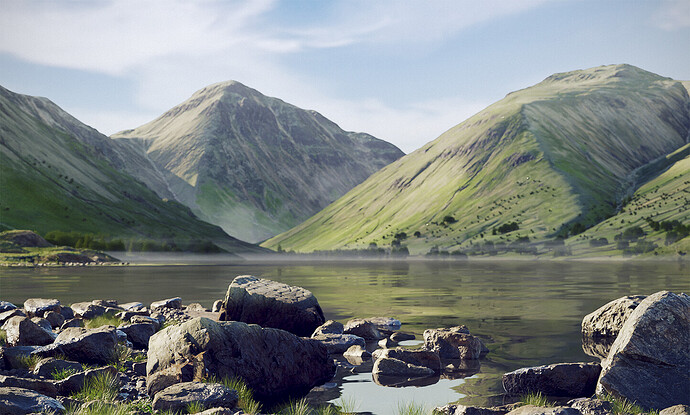 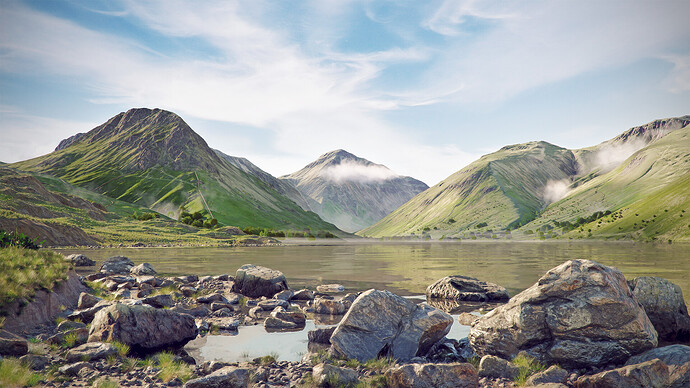 Another day, another scene from the Lake District. I thought it needed a flash of colour and a focal point, so added a little robot of my own making (I don’t really do ‘modelling’ - pretty much my first attempt at any animate object… can get a reasonably long way by smashing primitives together

).
Luckily, as well as his rubber parts, ‘Laz V1.01’ is also made from a super-duper futuristic deforming metal that allows his chassis to bend as necessary! He also likes rambling around the national parks of England, which is handy for me. I imagine he may pop up in future projects, albeit with some improvements.

Obviously, not the most original idea, but it makes it a bit different and I enjoyed doing it. The juxtaposition of a robot in what is supposed to look a bit like an oil painting was also attractive to me (but yes, not original

). Also gives me a new avenue to go down, as I won’t be happy until Laz is a great robot (expect it to be version V100).

Also included are some non-robot ‘shots’ and non-painterly images for completeness.

(Edit: Uploaded a version without the annoying cloud on the left hand mountain (which is called Yewbarrow, if anybody is interested).

All I can say about this is Wow

! Everything in this shot looks so polished and natural! I wouldn’t have expected the robot to work as well as it does, but it really feels like it fits!
You’ve also mastered the painterly look, if I wasn’t on blender artists, I genuinely would have thought that the stylized ones were painted. How is that done?
Amazing work!

The ‘painterly’ effect comes from merging and blending different Photoshop actions I’ve downloaded and different filters etc and just playing around with it until I get something I’m happy with. Lots of trial and error and searching on Google to find things that might help create ‘the look’ I’m after.

Thanks again - very much appreciated. 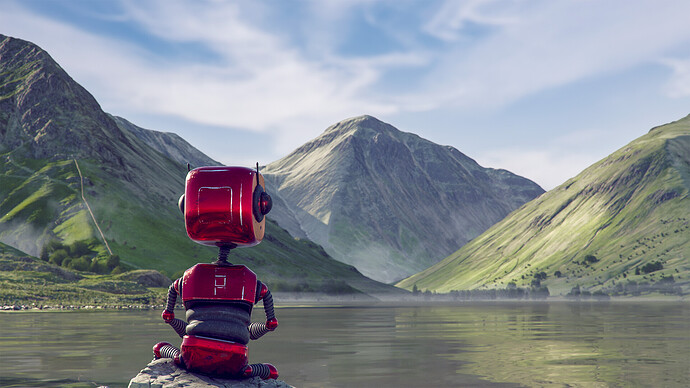 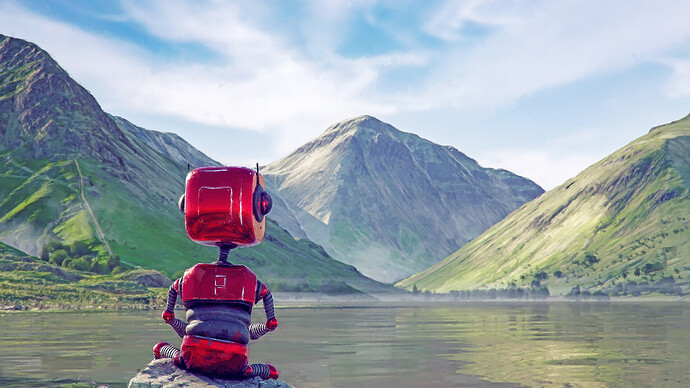 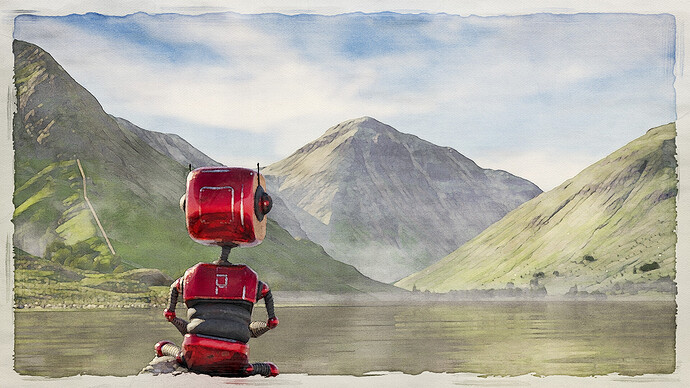 Probably not supposed to add to a ‘final’ post, but I can’t stop tinkering. I think the shots with some DOF work the best, so here is another (with and without some artistic flourish).

The robot is really good. Adding a character to a landscape scene does wonders. I think you have played with this scene so much it is reaching the level of “masterpiece”.

I think these are great.

Thank you, that is extremely kind and very much appreciated