Learning the tools as I go..

Hey and thanks for stopping by. I started this project to actually start using all those tools I’ve seen used in innumerable tutorials by now. So I thought I’d do an undead Minotaur as it would reflect that I’m a Taurus that like sci-fi/fantasy stuff.
This render is what marked the end of the initial sculpting (my first ever) and I used the new dynotopo feature which made it a very enjoyable experience. Although, as with all projects, it would’ve gone a lot quicker if I actually made some initial sketches instead making it up as I went along. 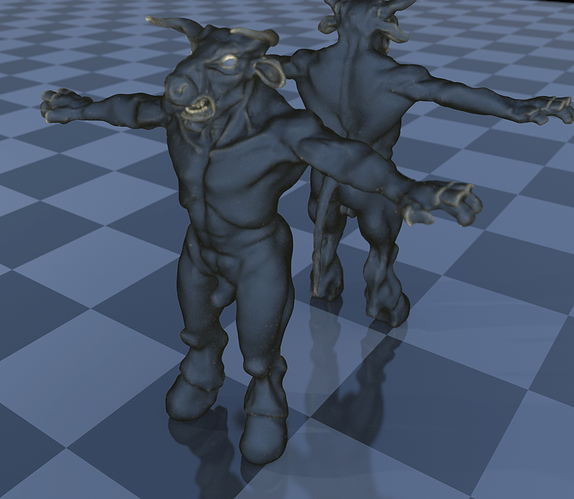 The shader is just a quick setup using the BlenderDiplom Absorption group to make the thinner parts of the model to stand out. I ended up with 130K+ polys and on my MacBook Pro it felt like that was around the limit where it was getting a bit cranky. You general random thoughts are appreciated and as of yet I’m only talking about the model, not the render nor the shader. You can still affect the upcoming process as I’m about to do some retopology on this bastard.
Thank you for your time and happy blending.

To give you an idea of the thought-process behind it I’ll post this half-way point with some of the notations made. The shader is pretty much the same but with a different base color. The reasoning behind that is to see it in ‘a different light’. Lending focus to details I’d otherwise overlook by just having a basic white diffuse material… 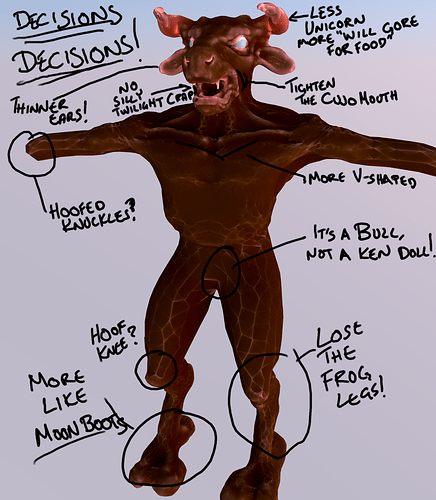