Like the title suggests, I’m trying to figure out a proper mesh flow for a subdividable capital ‘B’… maybe I’m just tired 0_0

Any suggestions? I am having trouble with how the edge loops should run.

Thanks – see attempts below. 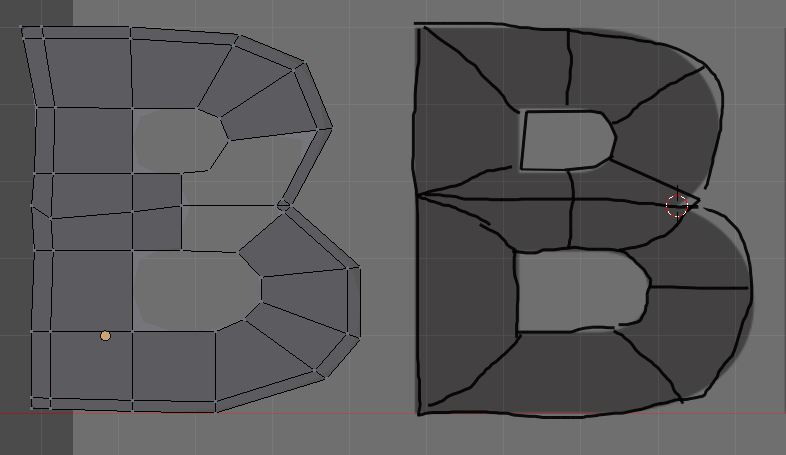 why do you need it with subdi?
if it is flat then topo is not relevant

unless you want to animate it !

can you elaborate a little!

Well, I think that’s the bigger question. I will be creating an animation but the letter itself won’t be deformed. My assumption has been that having a lower poly count on something like this will save me on some render time, especially if I use a SSS shader or something. Is that correct?

I also don’t know what font is used so instead of using the type tool I often model text. (if it’s something relatively short)

Here is what I settled on. 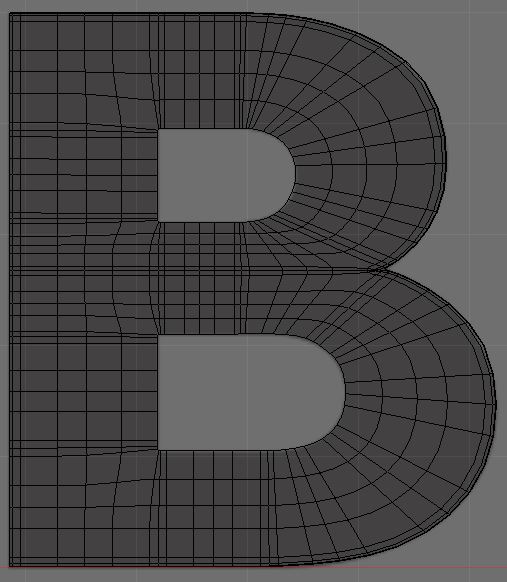 if it is supposed to be low poly it is not !

I mean if not animated does not really matter using Subdivision!

just make the right shape with min low poly even with tris
being flat it won’t matter for rendering.