I have got a big prob.
I want to have light which shines through a window and produces a glow effect in the window area !!!
I searched for some kind of solution 4 that and i saw a lot of interroirs which casted a light through a window either with a sun or sometimes with a spot. But only in this forum, i dunno which pic anymore, i saw a prject, it was a kitchen, in which that kind of light occured.
Here some further explanations cause this prob is hard 2 describe 4 me.

My test file shows a floor and one wall with a cut out plane which should represent the window. the cube shall just show that there come light through the “window”, allthough the clipping end is set a bit early, but that doesnt matter. The light source is a 5 x 5 grid with dupli vertited spots (->25 spots) with buffered shadows. they all shine in cube direction through the window. But u dont see some kind of glowing area, a real shine or something like that. To show what i want, i´ve manipulated the rendering with high tech super extreme image edit skillz on da rockz!!! 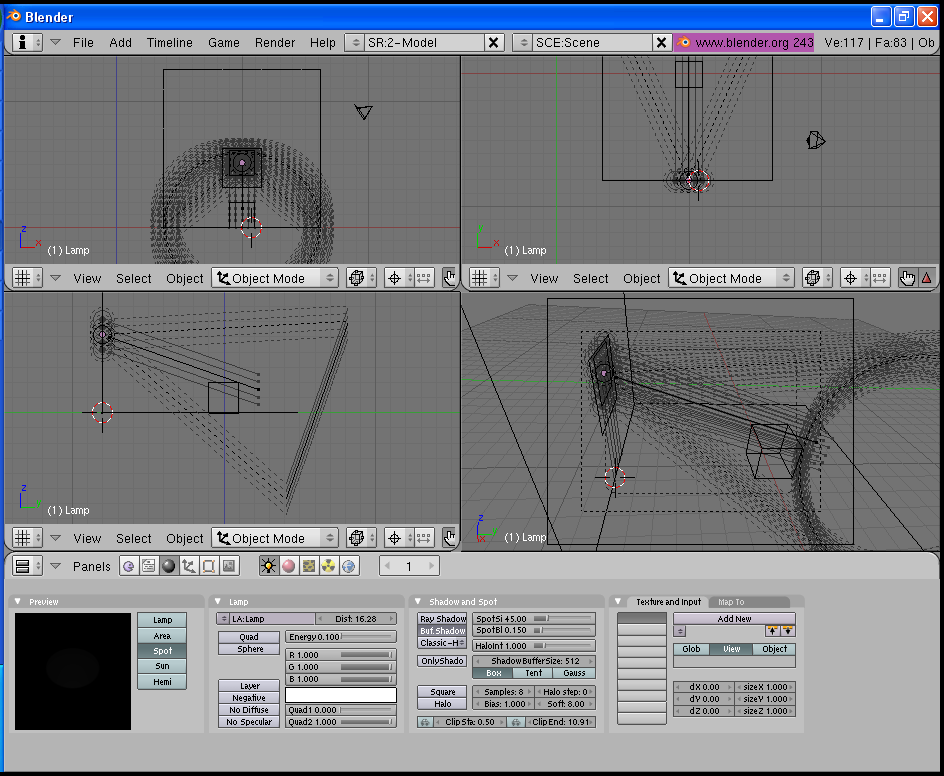 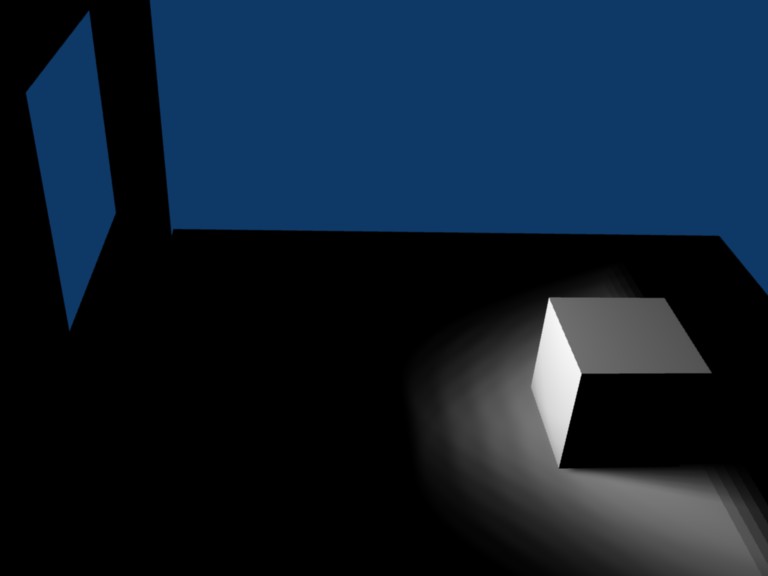 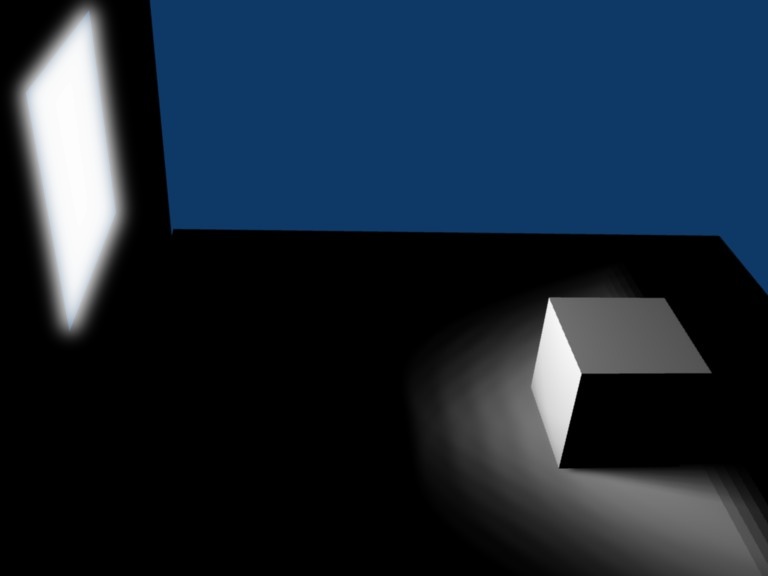 That’s because you can’t see lamps in a render, you see the objects lit by lamps
, except when you use halos with spots lamps. If you want to have a white window, like the 3rd pic, you need to add a plane, same size as your hole in the wall. Then make its material shadeless (F5), or try the radiosity : Turn on Radio, Emit : 0.05, and don’t forget to turn on “radio” in the render panel (F10).

thanx 4 ur reply bupla.
I´ve done the radiosity and emit 0.05 thing, and now the new plane shows some kind of “light”. But the problem is, that there is now wide light area that shines in the room and gets weaker with more distance frome the plane source, as if its blured, like shown in my 3rd picture. I wolud to produce a shiny glowing effect as if i´ve used a photonmap (i know thats only possible in yafray, i won´t use this in the next time sry).
pls help me getiing this “light cloud” in front of the window like on pic 3!!! 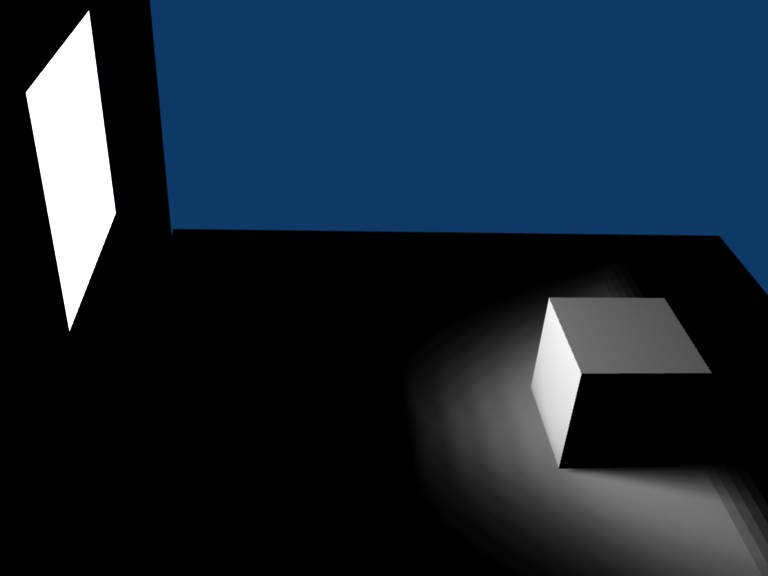 ok,sry for doublepost!
Now i´ve set the plane shading, wich is now one vertex only, as a halo with relatively big size, but this is still not that wat i want, at least “close”. 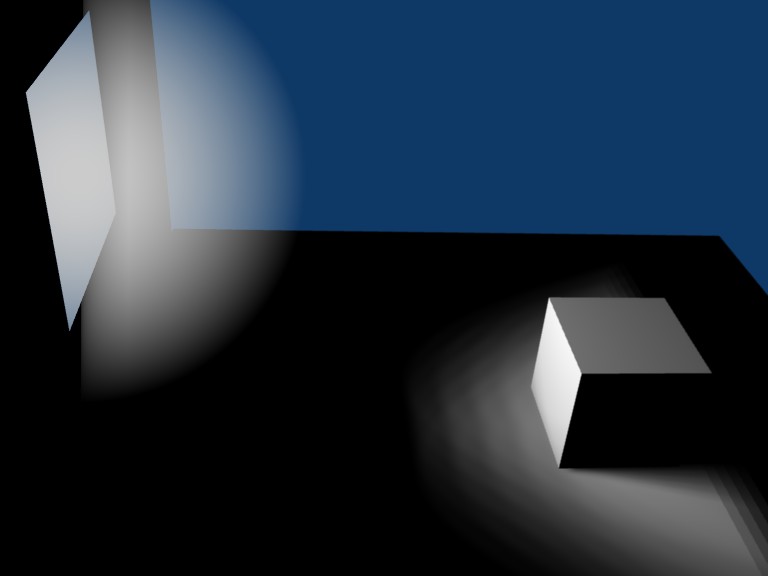 pls help, is there anyone who knows an answer ???

Try adding a glow effect with the VSE.

Indeed, or if you want just a glow for the window, add a subdivided plane (at least 5 times) between the window and the cube, near the window, and with the same size. Add a halo material to that plane, adjust the halo size, “hard” and “add” slider for the effect.

oh kthx guys !!!
adjusted the plane subdivision and hard - sliders and so on…
now it looks way better, thats what i wanted (VSE i had to google, will have to work with that first :o).
Here the result : 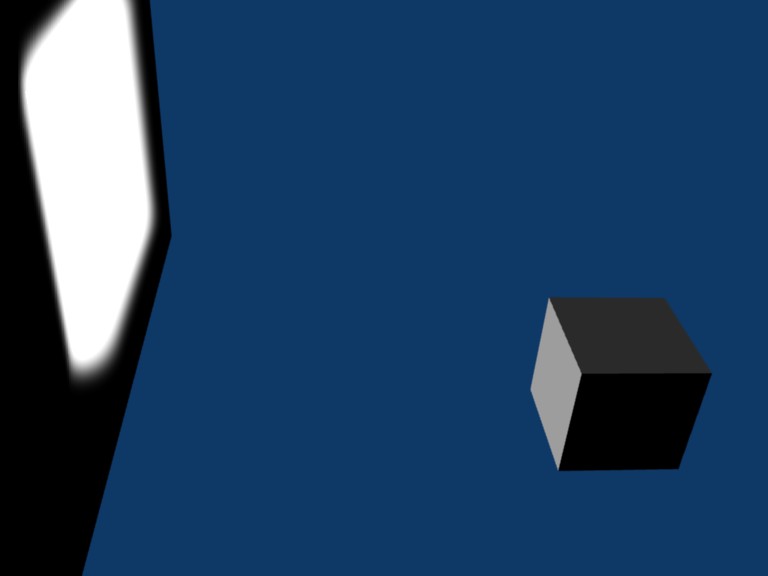 (VSE i had to google, will have to work with that first :o)