Is this a bug, or is there another approach? 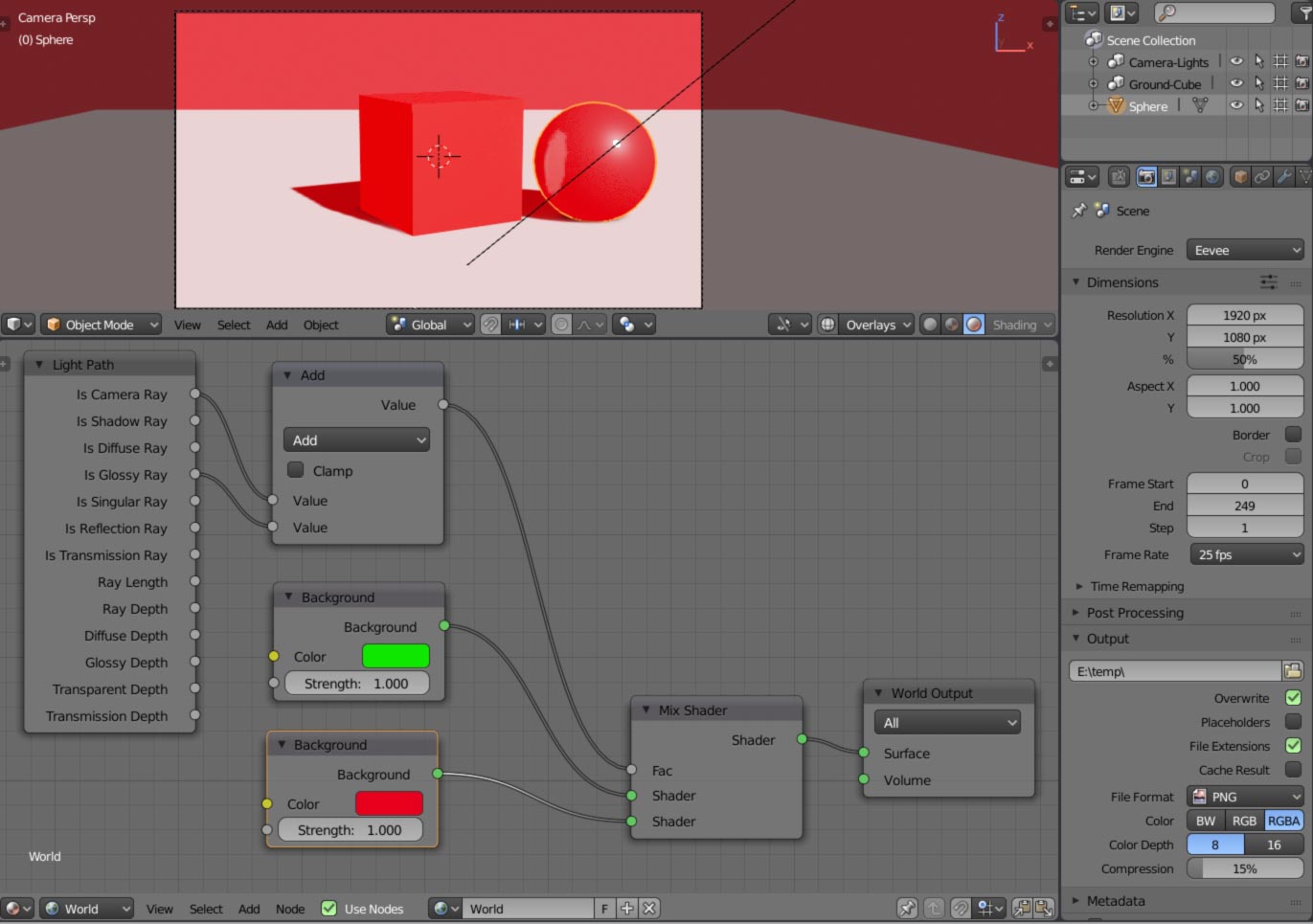 Yes, it’s a bug. I assume it’s just not implemented yet. There’s quite a few other things in Eevee that don’t work (yet?) like both kinds of displacement, sky, point density and the new parts of voronoi textures, pointiness, wireframe, volumetrics having the object’s shape…

I replicated that setup, but I’m not getting the same results. hummm.

Hum, it’s not a bug, Eevee isn’t a pathtracer or a raytracer, there isn’t “Light Path” notion in the render engine.
Maybe at some point we will have some features that allow similar behavior .

Eevee has no light path concept…

It might not be but that doesn’t mean those things can’t be approximated through the probes - for example, when a probe renders anything, we can have it so that ray depth is 1, camera ray is 0, reflection ray is 1; at the very least, ray length could be substituted by the camera’s Z, which right now it’s not.

There is a minimal support of light path node in EEVEE. You can use some of its sockets as direct entry of a mix node.
But adding math nodes in between is too much for EEVEE.

that sounds interesting.
You got an example?

No problem in Cycles, but I failed in Eevee. 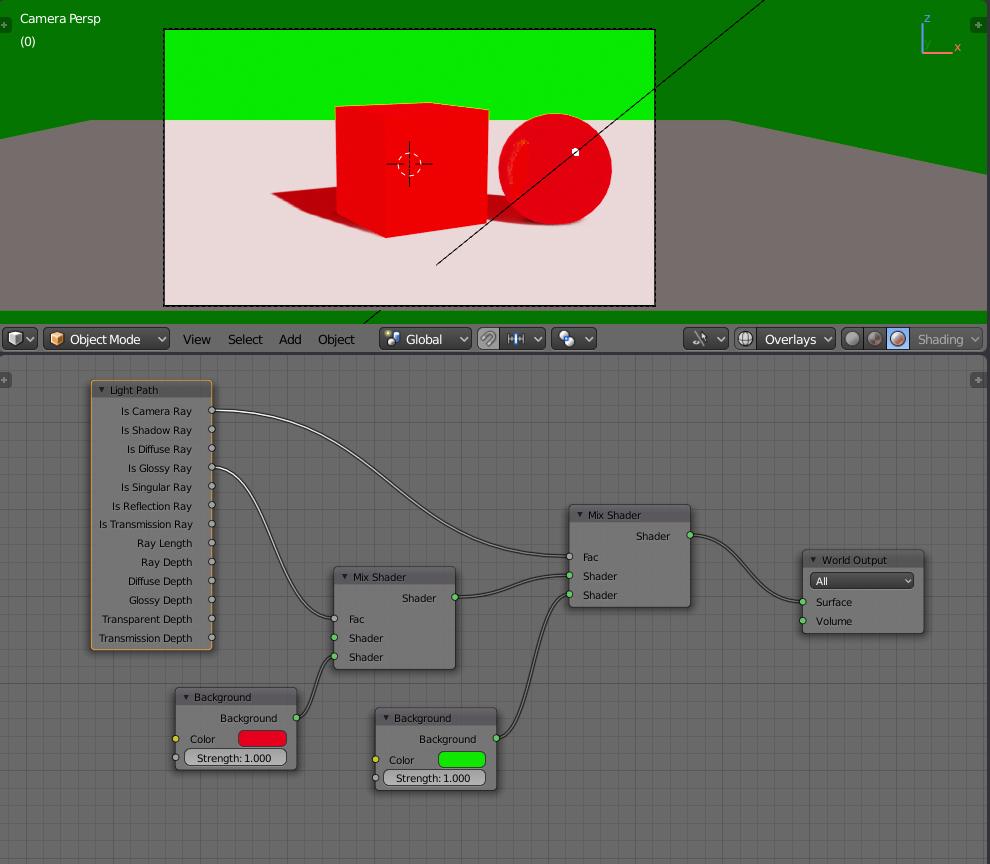 This wont work in evee, evee is not a pathtracer, hence no light paths.

There is todo for diffuse and glossy bounces.
https://developer.blender.org/T56566

But it is probably relative to use of Lightpath nodes in materials of objects and it will require to use probes.
Currently, the node can be use for very basic trick like using Camera Ray socket to use one background to illuminate and another one to display.

Playing with lightprobes, you can obtain other results with other sockets. But don’t expect to be able to use the node several time or to combine several sockets.
What this node will be able to do is not clearly defined, yet.

Thank you all for the explanations.

That’s a pity, but not a broken leg.

Maybe the idea from the developer forum will be taken up and Eevee will get this extension sometime.