lighting through a forest

I’m composting a model into a forest scene I shot which has sun beans reflecting through trees. How can I make a light which simulates interference of branches and such?

Of course you can also project an image. (Several ways to get there.)

here is what I have so far 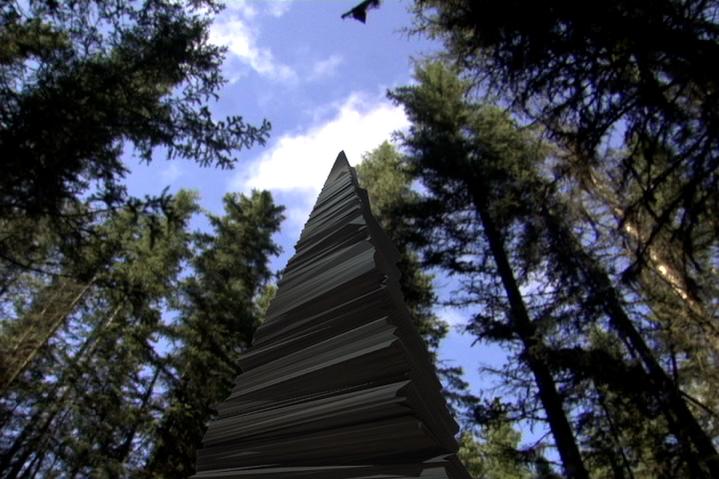 for the beam effect, use a spot lamp set to halo
(edit) here’s an example pic 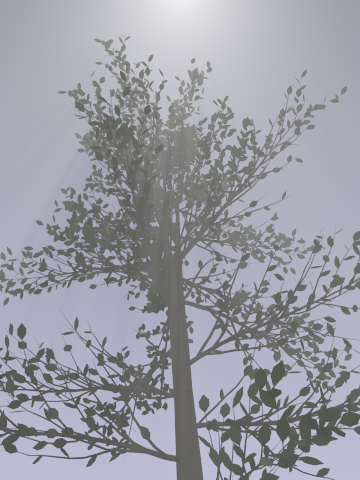 interesting, but I don’t know if I want to introduce new beams…can I composite beams using an alpha matte? so far I have just animated a photoshop layer which is a burn layer rotating slowly… 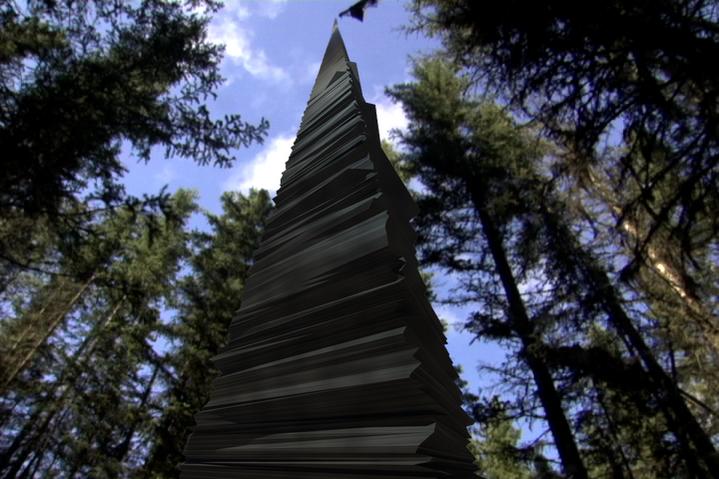 The clarity of the sky and the sun angle in the background plate don’t justify highly visible sunbeams imo. They usually show in a fairly thick atmosphere (dust, fog, pollen, whatever) and then usually when the camera is pointing in the sun’s direction more so than here.

If there’s any swaying motion to the trees, you could match that in the dappled shadows to help tie the paper stack into the moving image.

exactly I did that by animating the shadows in PS…I think I’ll add a bird now!

I think that if you just give a little more lighting on the side of the thing … a dappled look, maybe with a couple of complementary lights (both dappled) … you’re very close to “good enough” with the concept that you’ve got in your animatic. I respectfully agree with chipmasque that “lighting through a forest” as originally contemplated is unnecessary, and just might look wrong.

It’s very nice, actually, that, in the animatic as-shown, the tree behind the stack already has a very shadow on it which very-convincingly looks like it was perhaps being cast by the stack. (If that’s a “freebie,” then immediately and proudly claim full credit for it. And if that’s something that you consciously did, “awesome!”)

I also think the lighting on the stack could use more contrast between its shadows and the brightest “dapples” of sunlight. While it may be more brightly lit in absolute terms than the sheets seen in the live action, the lower contrast makes it seem less bright overall, and the patterns aren’t as distinct. Getting a good match between the two in the contrast between light and dark and the shape of the dappled areas will go a long way toward tying the two halves of the sequence together. A little more motion in the sun dapples wouldn’t hurt, either, it’s nearly unnoticeable. A slight exaggeration wouldn’t be out of place.

Not having seen how your “forest lighting” was to be applied when you first inquired about a “how to,” I made a suggestion that could be applied to a broad area, but as sundialsvc4 said, there are a number of ways to approach the effect. If you can’t get exactly what you need with the gobo, maybe augment it with projection, or an animated texture effect like the way underwater caustics are sometimes done.

Wow thanks for the really thoughtful advice. As a kid when I went to see “anaconda” during that Jurassic Park, Terminator 2 fueled era of the “3d effect” movie, I think I was part of the generation that went through many years of being able to “spot” good 3d lighting. When it works, it’s amazing - and example like Jurassic Park 1 are evidence that 15 year old technology can blow away modern software and cpu power. I couldn’t myself tell why this “stack” wasn’t real in terms of lighting (of course it’s a crappy model and could have 100 elements animated, falling paper, birds passing by). But your advice to increase the contrast on the stack is wonderful because relative to the scene it’s JUST a little but low.

Okay so I fired up FCP, thinking like Denis Muren, inspired even - don’t want to go back into blender and add lights and such. All I need is my 3 way color corrector and boost my upper whites. And bam…it came to life:

Thank you so much guys! 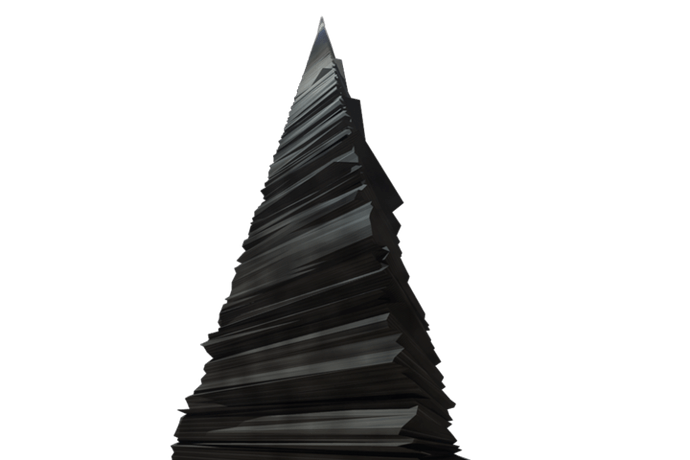 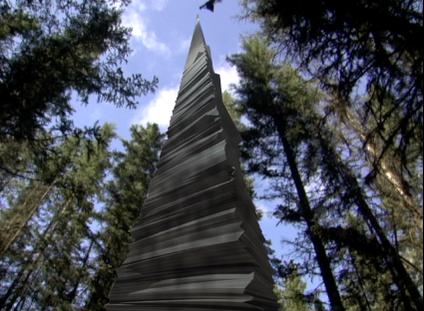 …and curved the stack a bit to match the tree

That’s the kind of close attention to detail that can really sweeten a shot like this. Looking good!