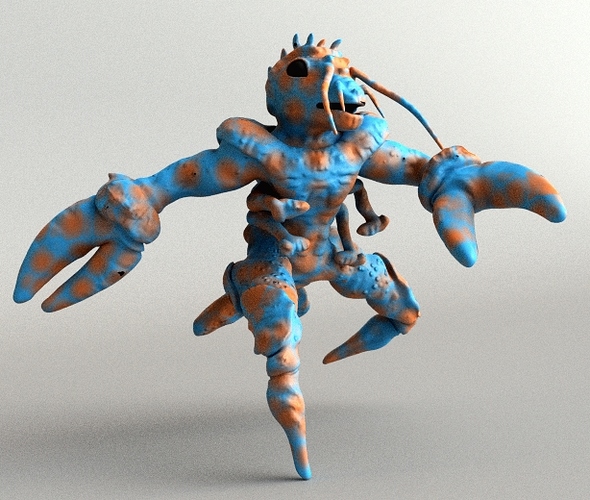 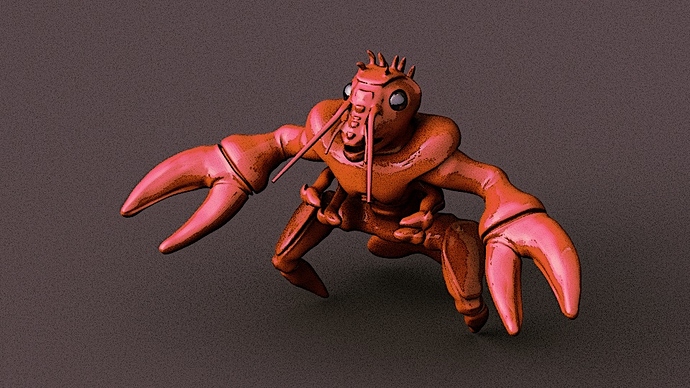 Thought i would share a view of the latest model.
The aim is to rig it and get to grips with some texture painting after some sculpting / baking. 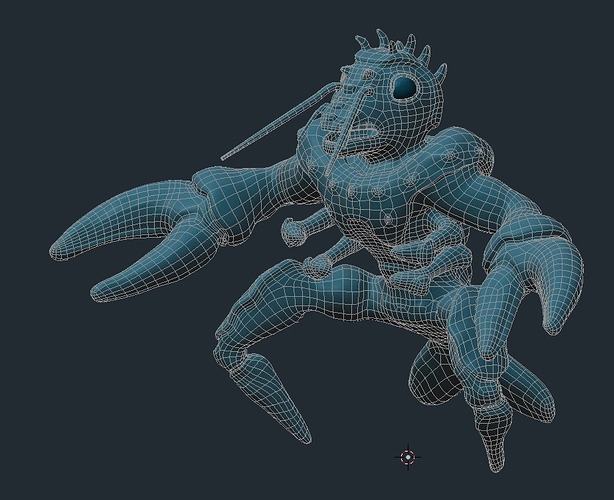 Any feed back is most welcome. 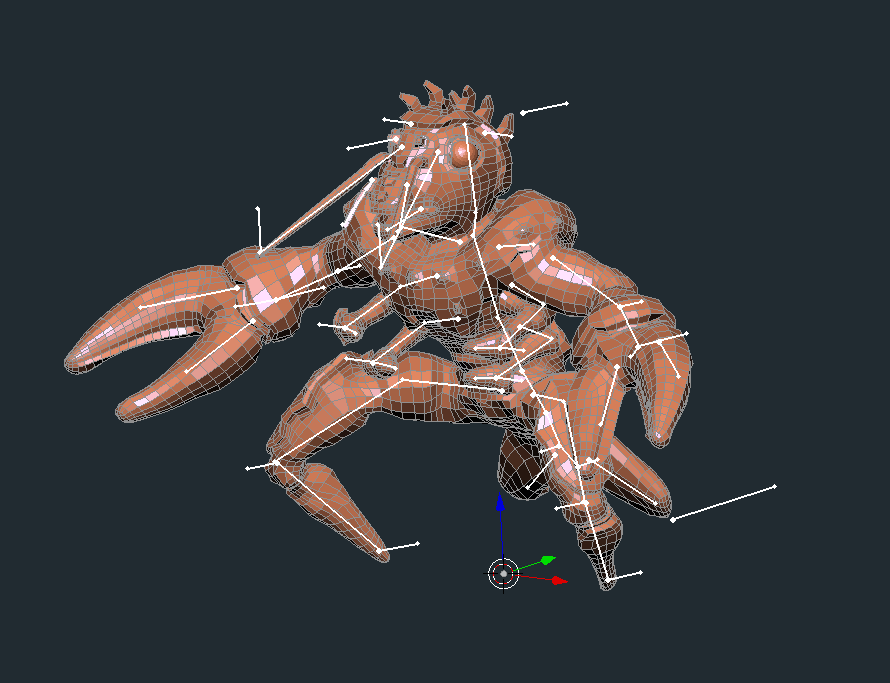 Trying to envisage how it will move. 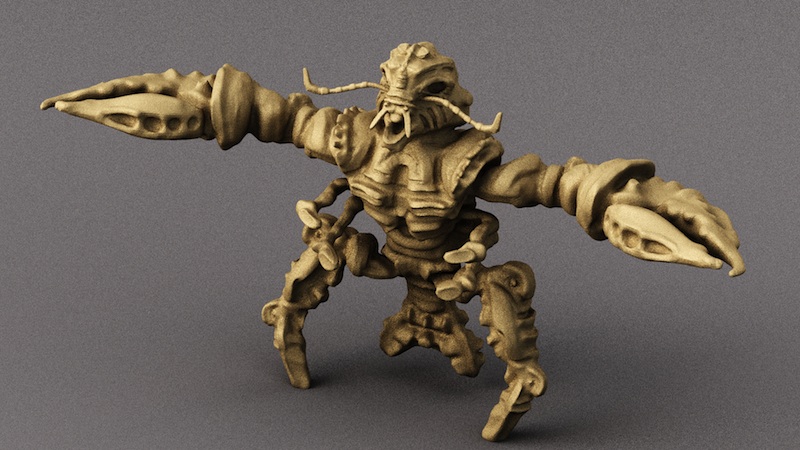 This was one of the rough dyntopo sketches…

Wow, this looks quite challenging. I’ve been meaning to model some insects just for exercise, and now this lobster-person made me even more interested in trying.

Now I want to see it move

Yes it is a good challenge for me.
Its my fourth rigged character and i want the rig to be pretty adaptable so i can practice some animation.

This was my first.

So a lot of room for improvement!!

Some tidying up, better shapes and an FK option for the arms is in order.

Then i can concentrate on the look of it.

and a need to edit the baking cage…

A quick test… with many issues, but i thought it was amusing enough to post.

cool animation test, I would add a little bit of rotation of the pelvis/tail. and I think that you have attached the target of the camera to your character which makes it looks unstable, you should animate the camera move manually and more smoothly! but really cool animation so far!!!

Yes Mathias i was lazy and constrained the camera to the character… i will bear that in mind.

I had set up a inherited rotation for the pelvis and tail, something seems to have gone awry somewhere though!

I guess it would be easier and more sensible to control it independently but i liked the idea of the movement being led by the chest due to his strange shape.

such is the way with my haphazard approach to rigging, but i like the challenge.

took a look at your character WIP …obviously i have a lot to learn!