Hi there everyone, (hopefully people can input in this

So I’m working on a game - Which will a be low(-ish) poly style fantasy game. It’s kind of set in Medieval or Victorian times… ya know… the villagey era.

I’m using Blender for models, Adobe Photoshop CS5 for textures and concept, and Unity Pro as the game engine.

So basically - I’ve just recently started working on it. Getting story and character ideas down. (I will go into details as I post what is relevant).

What is it similar to???

Ever play Kya for PlayStation 2? If you did - you know it was great. The style of models they used, and the textures and theme was really interesting.

Here’s an example of their game models. The style is really cool… well, in my opinion. I want to achieve something like this. 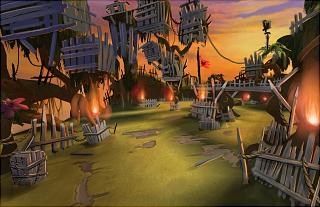 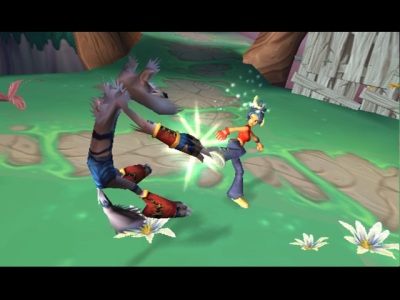 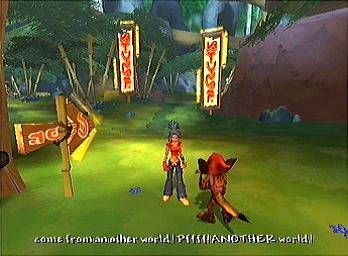 Another good game example would be Jak and Daxter - the style in that series of games is also similar to what I want to achieve.

FYI: I'll add my assets and models pictures/ideas in the following comments below :)

Please tell me what you think as I go along

The first asset I made was a fence… I know, I know… Gee wow - a fence… not! But the fence is an important aspect to the game. It is mainly based around farm area and village houses therefore the need of a fence is obvious. I tried to base the fence on a cartoony style. I can’t really explain it, but I guess it’s the style of it that intrigues me. 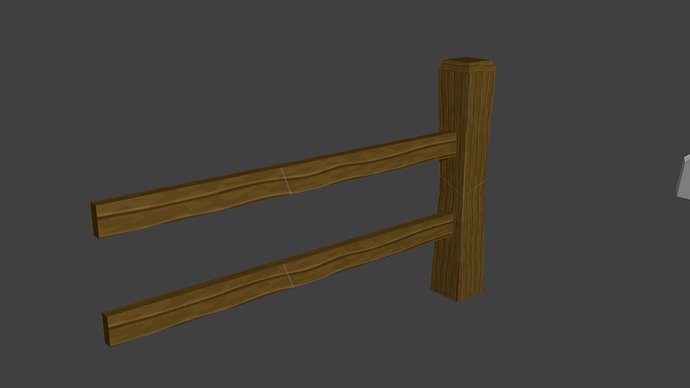 NOTE: Notice the strange lines that appear half way through the model and on the post? They’re not actually there in the model or texture UV map. It’s a simple rendering issue.

NOW, you’re probably wondering why does it look like there is half of it. This is so that I don’t have a set area for the fence. In other words I can place it anywhere. 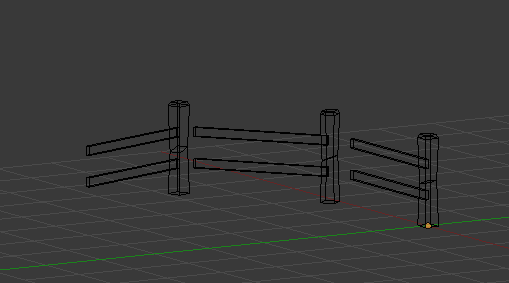 Basically as you can see. You don’t need a second post(Thus being more flexible and having more freedom). As the second post is supplied by the post of the one before it.

Okay - So heres a crate for it. It will be widely spread throughout the world. I guess you’ll be able to search them and things. Another crate I’ll be adding will be a metal one. 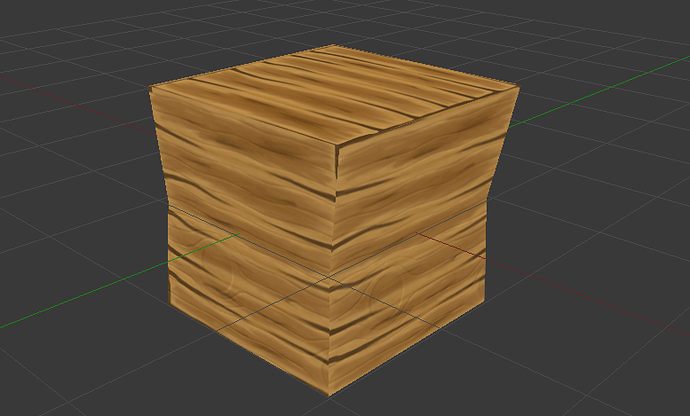 Sure it’s not perfect around the edges with the UV maps - but it will be smaller in size… and who will really sit there and look at it?

If you need any help with modeling or something else pm me,I would like to help.

Ok so here’s another asset I’ve just made. It’s just a basic Fire Torch. This will also be a wide spread model throughout the game as well… you need light at night. 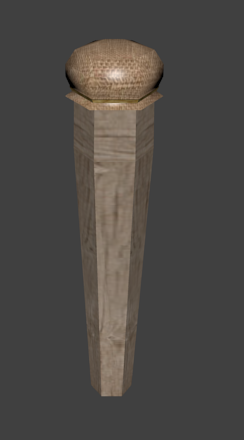 The flame and light emitting effects will be added in Unity Pro. It’s much easier to achieve in there.

I’m going to be making the most important models first - Things that are seen often.

If you need any help with modeling or something else pm me,I would like to help.

If I need any assistance or stuff - Of course I’ll ask. Thanks

You should put some edging pieced on the crate it will make the corners look less harsh, and be more realistic to boot. I like the fence, hopefully it won’t look too repetitive if there are many of them side by side. If it does you may have to make a few similar fences to break up the monotony.

You should put some edging pieced on the crate it will make the corners look less harsh, and be more realistic to boot…

… If it does you may have to make a few similar fences to break up the monotony.

I was making some other versions of the fence today. Such as different horizontal beam positioning - like higher and lower, fallen off ones, etc.

Thanks for the advice too

I wish I had unity pro

As Hamstermk4 suggested, and which I was working on at the time - I’ve made a few different types of fences.

As you can see by the red guidelines, there are differences in size and angles of the fence support beams.

With what I’ve got so far, I’ve been able to create a little test area for the game, just a small patch of land which I think could be used for the start of the game. 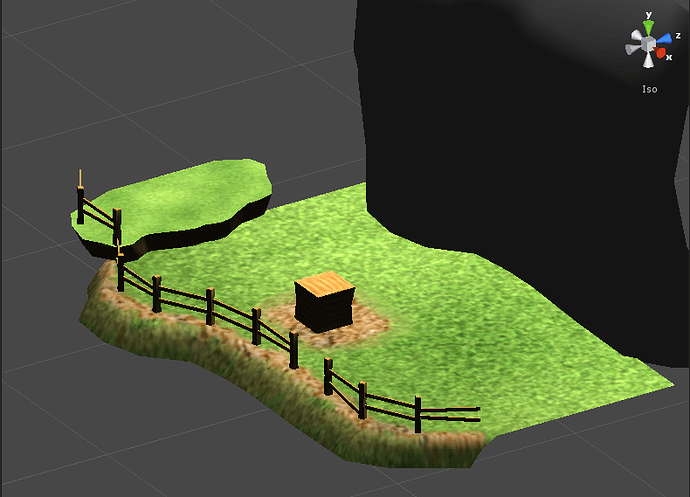 I’m thinking to the left of the crate, where another cliff wall will be - you will see a tent like house, which could be where you start. 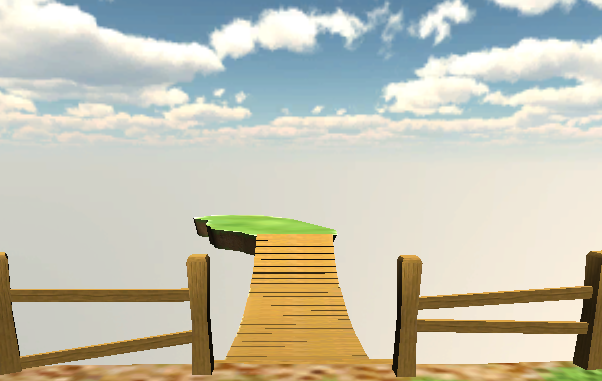 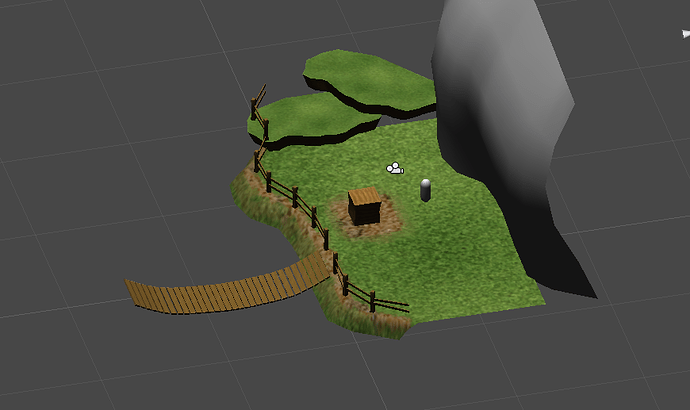 Just another view of the small area so far.

about the poll: Why would you stop?

about the poll: Why would you stop?

cos it might not work out and go no where ahah

Just a quick update. Now that it’s the weekend I’ll be able to work on it a bit more.

This is just a few ledges that are on the rock wall of the starting point. My idea is that it leads up to a village where you can get used to the game and background story. I was thinking that you could meet a character upon arrival who tells you that you can earn a bit of their currency (which i was thinking was a type of berry that grows on a semi-rare tree, which you can harvest), and other things. 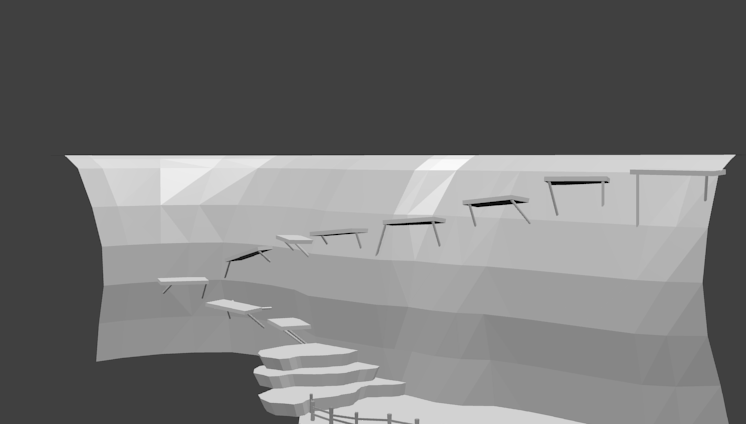 This red area is highlighted to show the gap between the grassed area and the ledges, which I had an idea about. It could be a massive cliff wall again. Although you cannot get down there. This area was going to be raised lands ubove everything else. Perhaps Skylands? 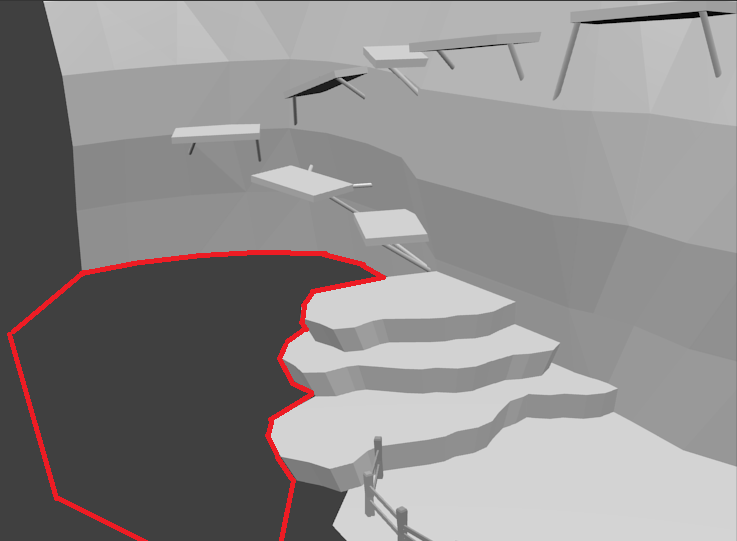 These ledges were going to be single planks, when they’re done. It will give it a bit more of character. 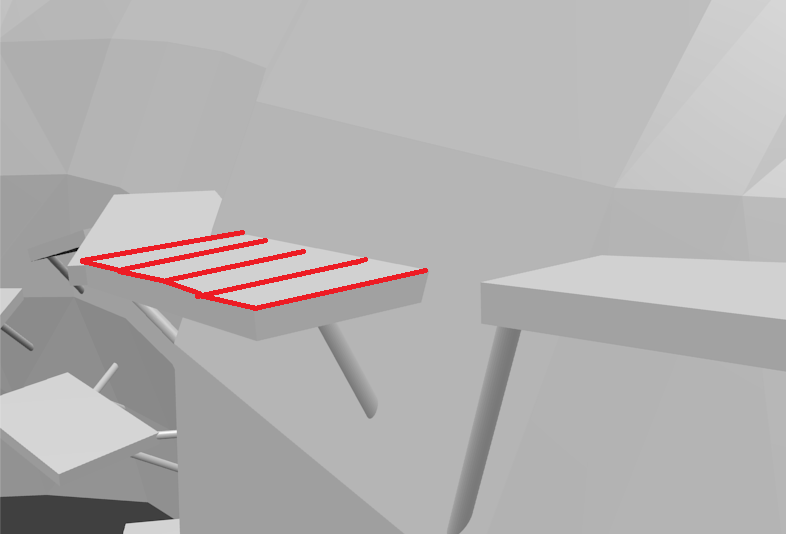 At the top, the land will also be covered by fences along the cliff walls near the village.

Here is my idea for the Player’s health bar:

Green: The green would be a wood like texture, with some sort of nail in the corners.

Yellow: The yellow would have quite a thick border of wood or some other material, and then in the center a still image of the character (which I would leave transparent until I create one).

Orange: The orange would show the health and perhaps stamina or some other stat.

If someone has some good photo-editing skills, they could attempt this for me

It would be a great help, and I would give due credit.

If not, I will try at least, that’s all I can do

Overall it already looks better than initial screen shots for many of the games in the BGE-WIP forums. But I think that makes sense since lots of people there are more code-focused and work on art after getting some game play together.

Overall it already looks better than initial screen shots for many of the games in the BGE-WIP forums. But I think that makes sense since lots of people there are more code-focused and work on art after getting some game play together.

Thanks, yeah - I am having fun with this project

Hopefully it will turn out good.

And yeah, I like to finish assets completely before working on the next stage, it just seems quicker to me.