For the Sketchfab January challenge, I decided to make an environment narrating the legend of how Maori slowed the sun. Here is the link to read the tale in full beauty. And here you can view the Sketchfab model:

Although I did give myself artistic liberty interpreting Maori culture, I’ve tried to make the environment communicate their rich heritage. Have a look around and you’ll see wakas - Maori canoes, as well as wharepuni - the communal houses. The iconography & reliefs you see are all based on historic Maori culture.

All models were made in Blender from scratch, I have hand painted textures inside of Blender or Photoshop with the exception of the grass texture which was created using Substance Designer.

Below are some still renders of the scene. 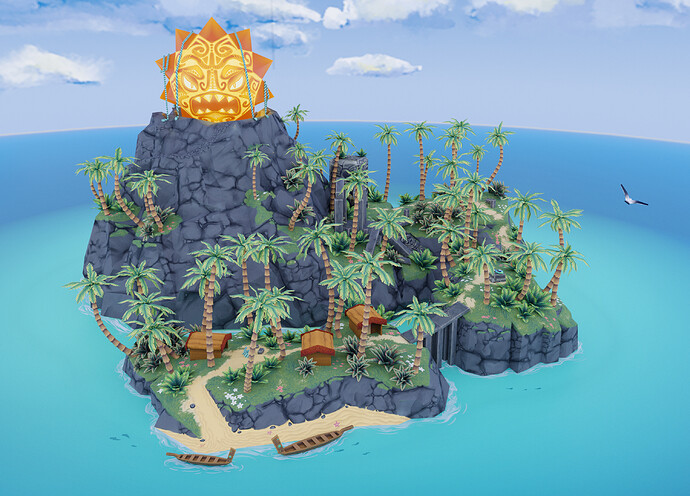 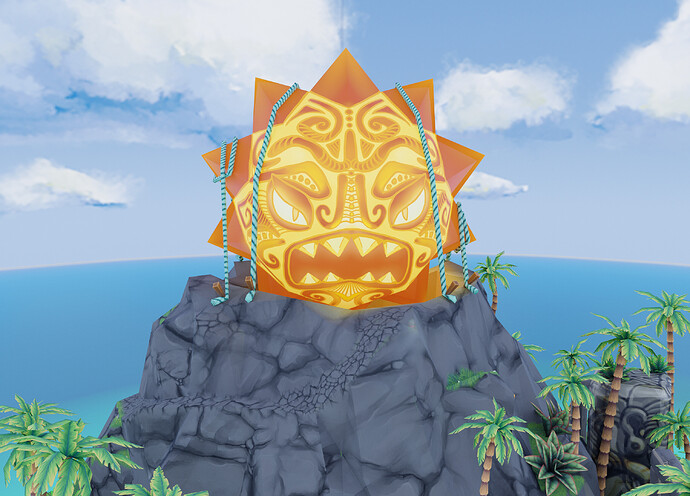 Render23000×2160 1.26 MB
The legend says, that the Sun was moving so quickly through the sky that nothing could get done during the day and the night was too short to rest. So the Maori have captured it to slow it down. 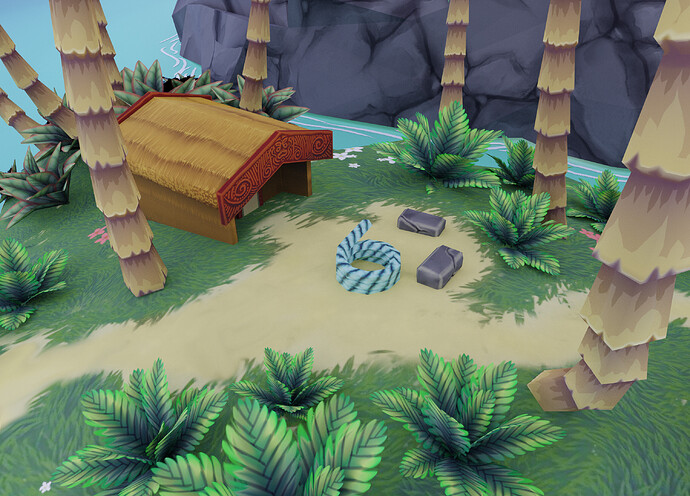 render33000×2160 1.98 MB
To capture the Sun magical ropes were woven which were then strengthened through incantations. 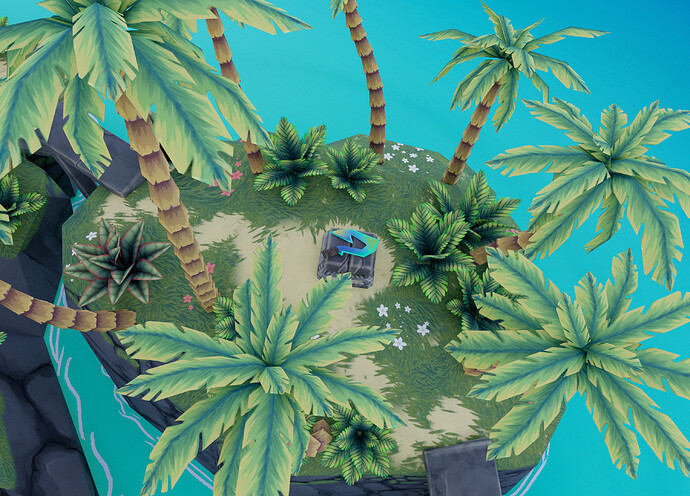 render43000×2160 2.32 MB
The Sun would slow down only after being stuck with the magical hook made out of goddesses jawbone. 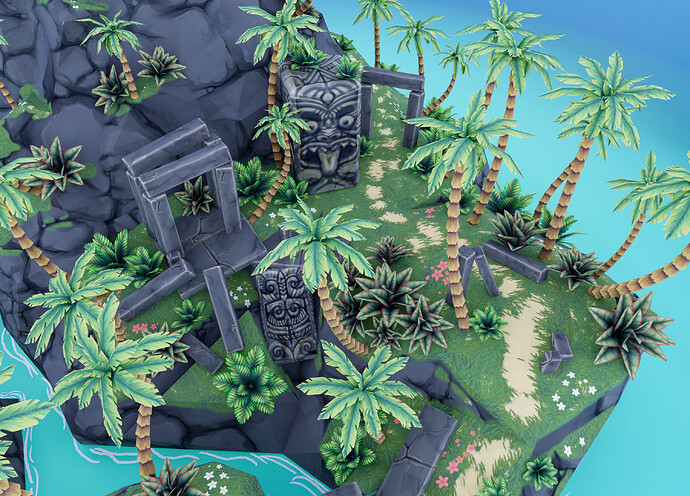 render53000×2160 2.62 MB
A long and dangerous journey had to be made through it during the short nights to reach the sun sleeping in a burning hot crater. 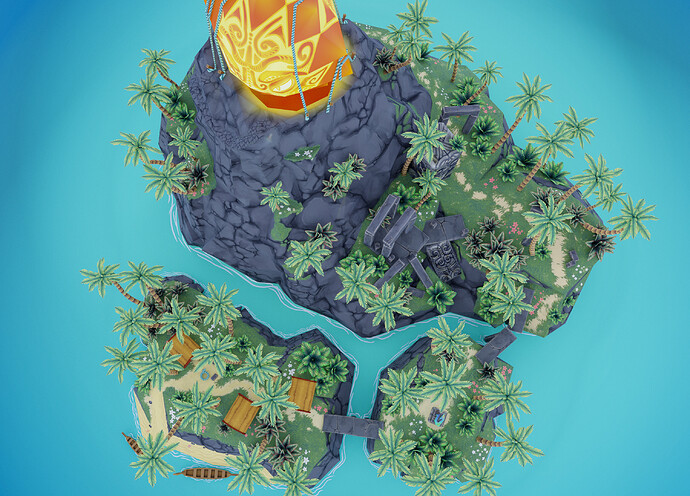 The path starts at the wakas - Maori boats which are at the bottom left. It follows through the village where the ropes were woven and to the bottom right island. The island holds the magical hook, however, the bridge to the main island is broken. The path then goes through the ancient temple and wraps around the volcano leading to the bound Sun.

That is so cool! Colors and mood of scene… and idea! You definitely did a great job. Your skills are perfect. I mean modelling, texturing and scene compositing.

Thank you for your kind words!

Super cool.
Looks like a map of a platform game.

May I correct the narrative:
Maui is the character who appears in many Māori and Polynesian legends.

I really liked this entry

I also took the liberty of adding the embed to your post.

A lot of fun. I really like the sun.

Love the style. This looks like it could be from a little game of some sort. 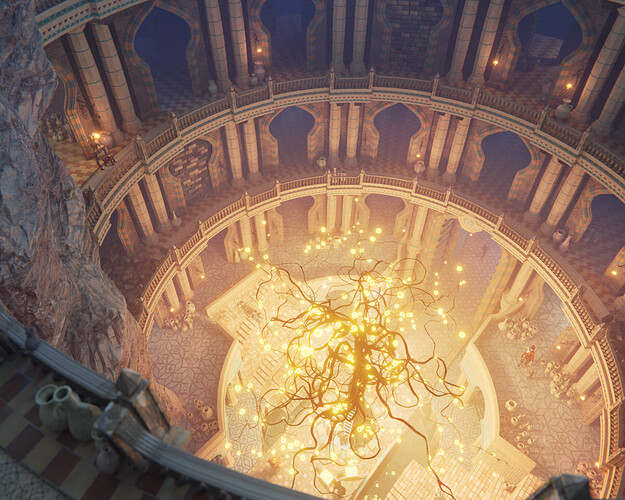 What a joy! This has made my weekend for sure