Here’s a Low poly mage that I decided to make after drawing a really messy and quick sketch of one. I decided to go with a low poly style instead of realism simply because I didn’t think I could commit to a full image, especially with a character in it. 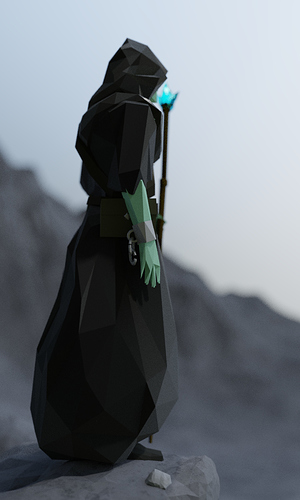 Absolutely amazing. I love this style. Trying to get in tune with my Blender skills still though. I’m thinking about just throwing my realism to the side and going for a low poly style to create some short films with.
Cheers though. Seriously amazing work.

That’s what I decided to do xD I don’t really want to commit to any realistic scenes at the moment cause I don’t have enough motivation so i’m just playing around with low poly. I was going to add a bit of texture to all the materials to give it a bit of flare, but I like it like this. I decided to re-render at a higher sample to reduce the noise so here it is: 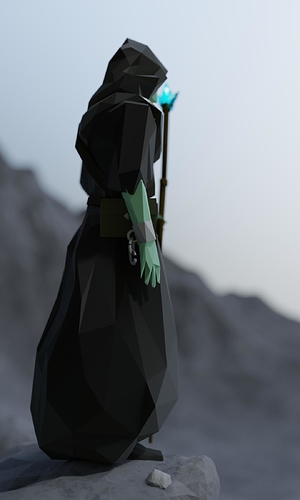 It’s beautiful. Love this. I need to attempt a Low-Poly character. I think I’ve pretty much got all the basics of environment down. Never even tried a character though.
Good job man and keep up the good work.

looks great, I can relate to sometimes needing a break from realism and trying something else