As my computer isn’t the fastest I am always looking for ways to reduce the poly count where possible and while I like the results the bolt factory gives I realised it usually gives me more geometry than I need. I decided to come up with a low poly version of the nut as that is where the biggest savings can be made,

The middle nut is also from the bolt factory but with the height set to 0.9. The top half is then moved up until the nut is the same height as the default one. That means you don’t have most of the thread and there aren’t as many faces on the outside of the nut.

The left hand one is a six sided cylinder. I started it with no ends. I also only modelled the top half, used the mirror modifier to create the bottom half and then dissolved the edge round the middle of the nut after I applied the modifier. I subdivided the top edges five times and then inset those edges (extrude and then resize smaller). Transform the inside edge to sphere and then inset it again twice - once to get to the inside of the top and once for the small amount which is a sort of bevel - and then extrude it down although you don’t actually need to do that. If you make sure the vertices are in the same position as they would be on a bolt factory nut the low-poly one will look the same if there’s a thread in the middle.

The second image doesn’t show the bolt threads so you can see the difference in the middle where the thread is. 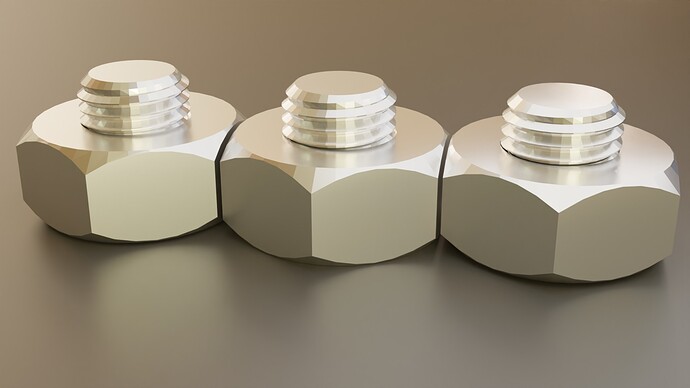 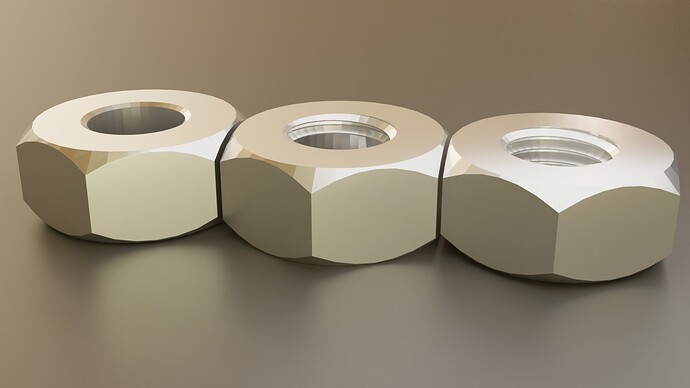 This image shows the wireframe so you can see the reduction in the number of faces on the sides. 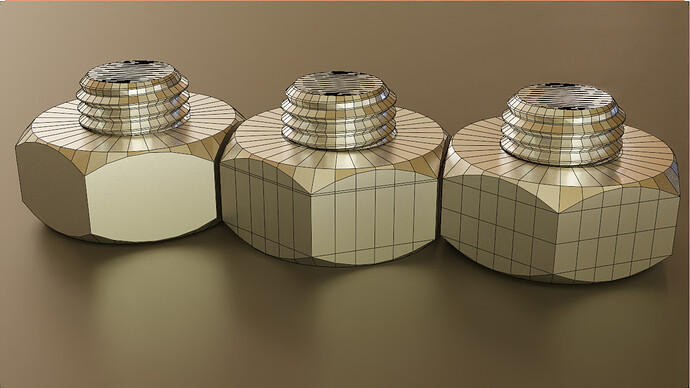