Hey BlenderArtist !
First of all, i’m sorry for some english mistakes that i could make, i’m a french guy.
So this topic is about a fps survival horror game made by a french team. We came from a french forum and we decide to post here because it’s seem more alive

The first version of the game was made in the Blender Game engine last year and now we take the decision to remake the game on Unity 3D, with a lot of reworks on the gameplay and the graphical content.

This was the old version made on the bge: 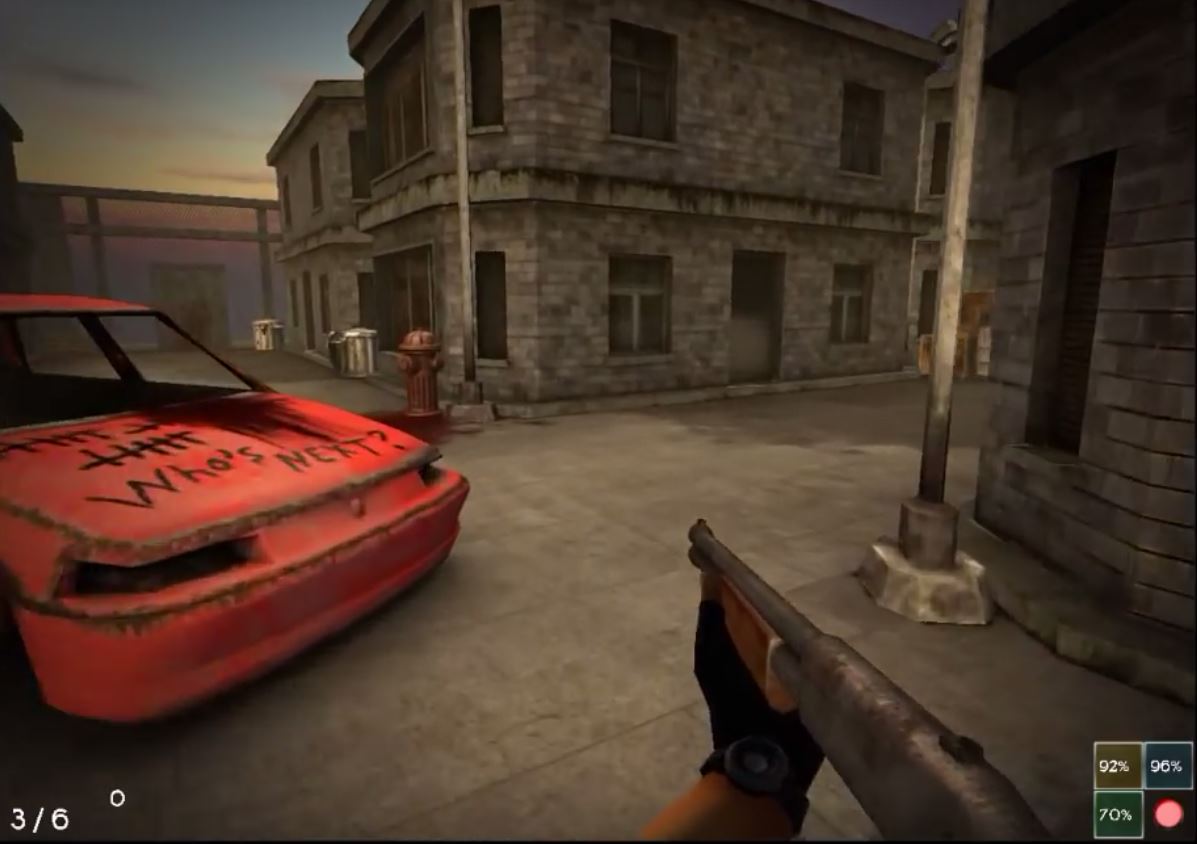 And the last gameplay video on the bge:


So in this post i think i am in the good section, to upload some low poly works, and realtime render. To talk a little bit about the Gameplay, he is mainly oriented on the survival side. That mean hunger, thirsty and sleep bars, need to eat and build a safehouse. There are few different zombie, sound system so you need to be discret. The concept is to survive the more that you can and there is day night cycle of course.

We are actually a duo team, me on the code, modeling, texturing and animation, and my friend Ena on the GameDesign, modeling, graphical art and sounds design. The project is not new, we got already a solid GameDesignDoc
This is some last low poly works: 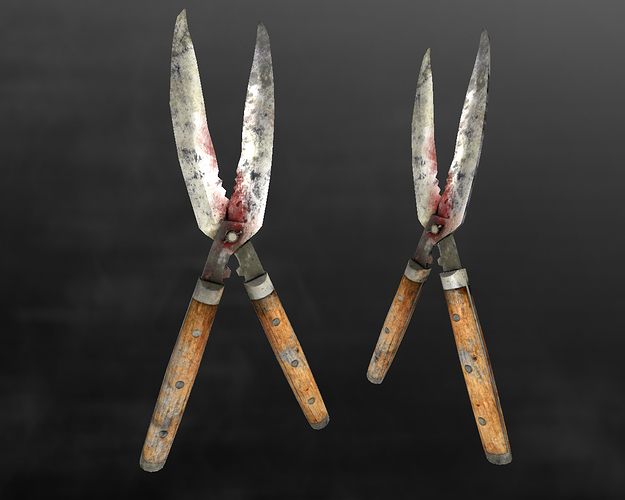 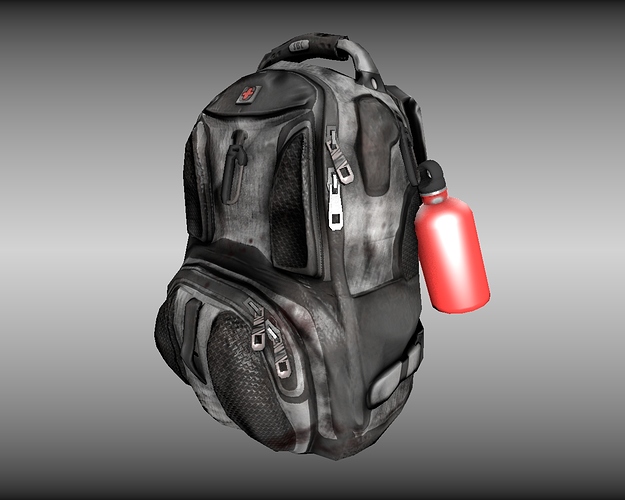 See you soon for news !

Hello,
I’m working with Hook like he said, so i decide to come for show you one of my contribution to the Dead Signs project. I’m French too and I work on this project since last year (modeling, texturing, game design, sounds…).

Here is a new melee weapon. We will integrate it in few days. 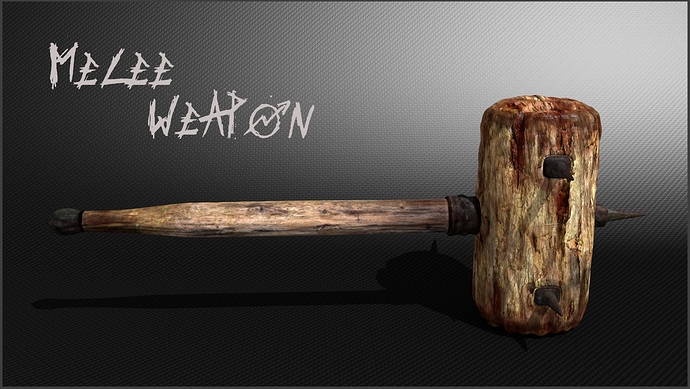 We’ve got some news monsters almost finished: be prepared, they are pretty ugly and nightmarish

There is some news about the HUD system, a tablet with here the first menu including inventory and health control: 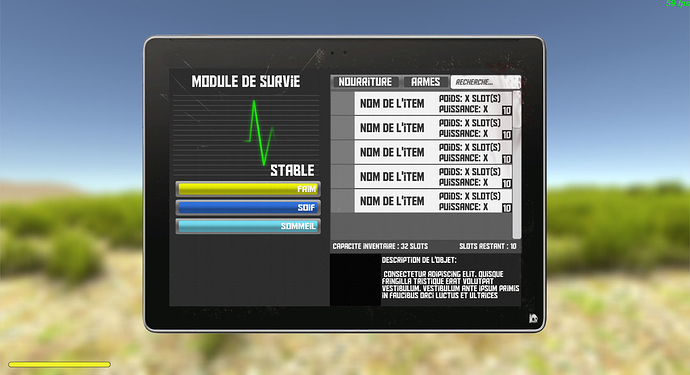 Hello ! A low poly small house for the beginning of the game: 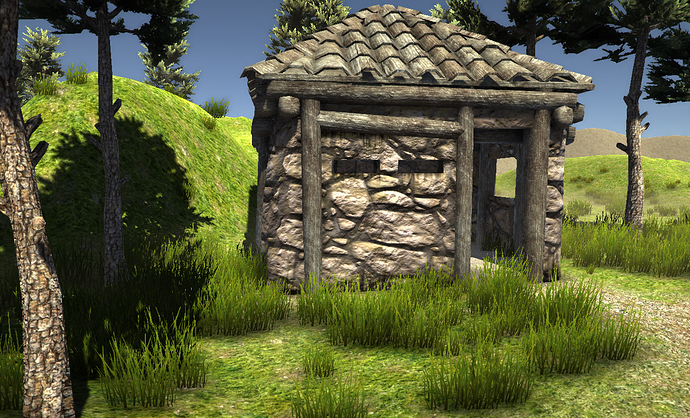 The environment looks gorgeous and run down, but not fear-inducing. If you want to make your game truly scary, try looking at Extra Credits: Places of Horror.

Simply put, your environment doesn’t make the player feel powerless enough. Judging by the environment alone, it looks like your game is shaping up to be a standard FPS with a horror theme slapped on top.
Try making your main character feel powerless. You can use the environment by limiting their vision, not pausing the game when you manage your inventory, inflicting ammo shortage, using spaces that limit the player’s movement, and adding areas of suspense.
Horror games thrive on uncanny moments of quiet, when you know something’s going to happen at any moment, but the game draws out that waiting period.

That just the beginning of the map in fact, and a lot of your advices was already planned ! For the question of the environment not enough fear-inducing, i don’t totally agree with that. Make an environment realist like in the real world can stress the player i think, obviously we gonna have mist ambiance the night, dark or other thing like that. Powerless is already here by the hunger, thirsty and sleep bar, that limit the vision and movement if the player don’t feed himself, and about limited space to limit player movement, great area could be scary too. Imagine a huge warehouse, with a good atmosphere that put the player in tension

Oh yeah about news, i finished coding the inventory, and this is some weapons already imported in the project: 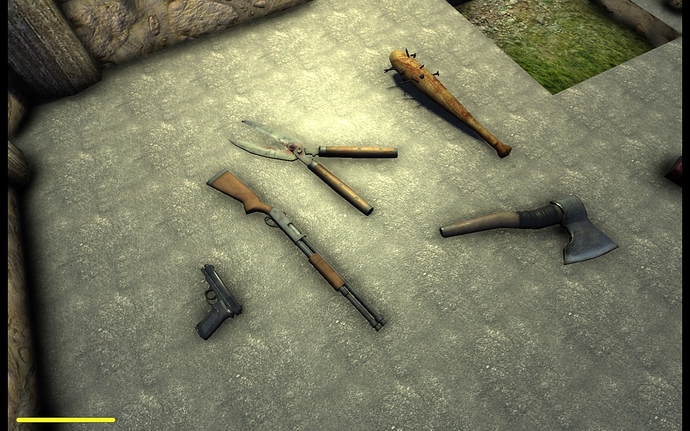 See you soon for news, thank’s again for the comment lolwel21

2r4YBXs.gif800×450
It will be improved next days, but this system take me a while now it’s working 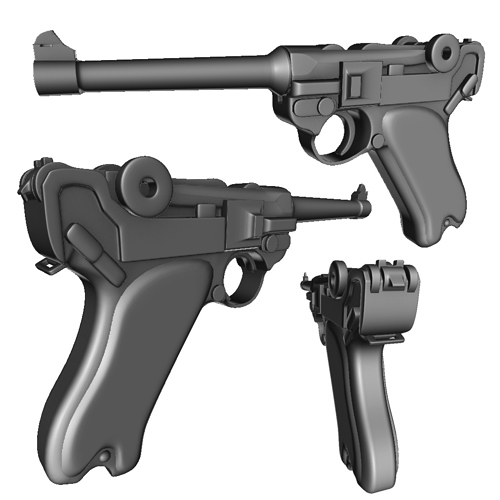