I made this for some practise at lowpoly handpainted stuff, because I’ve never done any before. 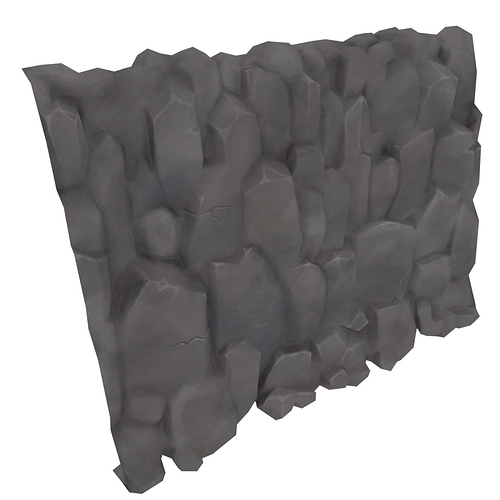 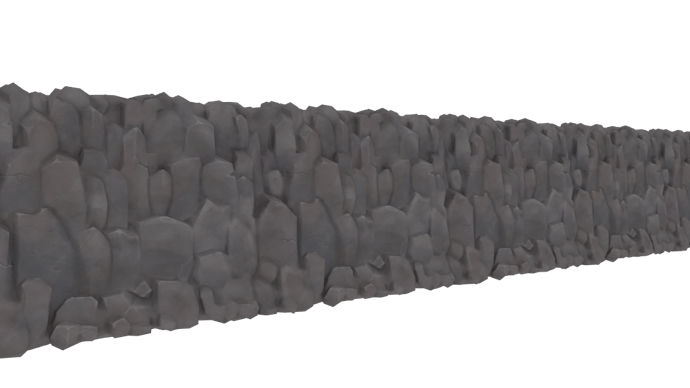 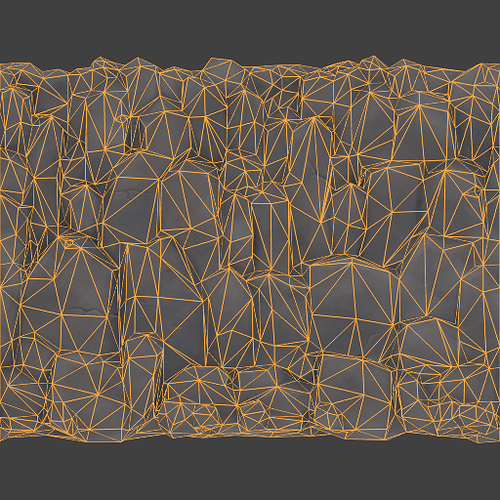 1024x1024 texture
1518 tris (although it still looks OK with 8 for a distance, because it just uses a square texture wrapped over the rocks with no seams)

I spent a lot longer on this than I should/could have, because I wasn’t sure what the best way to do it was.

Make a few separate simple rock models from cubes > arrange them into a cliff shape (repeated so they would match up when tiled) > stick em’ together with a Boolean modifier > remesh with a remesh modifier > Dyntopo sculpt > realise that the last two steps were totally stupid and decimate the mesh > collapse some more edges > fix up the edges on either side so the vertices matched when it was tiled > UV unwrap the mesh with no seams and all the edges perfectly aligned with the UV boundaries > bake the AO > duplicate the mesh and subdivide it to attempt to bake a “dirty vertex colours” map > delete that because it looked terrible > scrap the AO bake and paint texture from scratch > done.

What I should have done:

Make separate rocks > arrange them in the shape of a cliff > Boolean them together > align edges for tiling > UV unwrap the same way I actually did > paint texture > done.

there could be a bit more contrast on the texture…but that’s only my opinion…
Did you made it just for fun or is it an asset for a game?