I’ve been using Blender for about 4 years now (I’m a lurker on these forums) and I finally decided to try my hand at human modeling. This is currently my third try. I am aiming for a very low-poly budget for an MMO-style project. I think that the proportions need work, specifically the legs seem too small and maybe the shoulders are too wide, but I want other people’s opinions since I’m pretty much an anatomy newb

C&C please! I’m looking to polish this model before moving on to texturing and eventually rigging/animating. 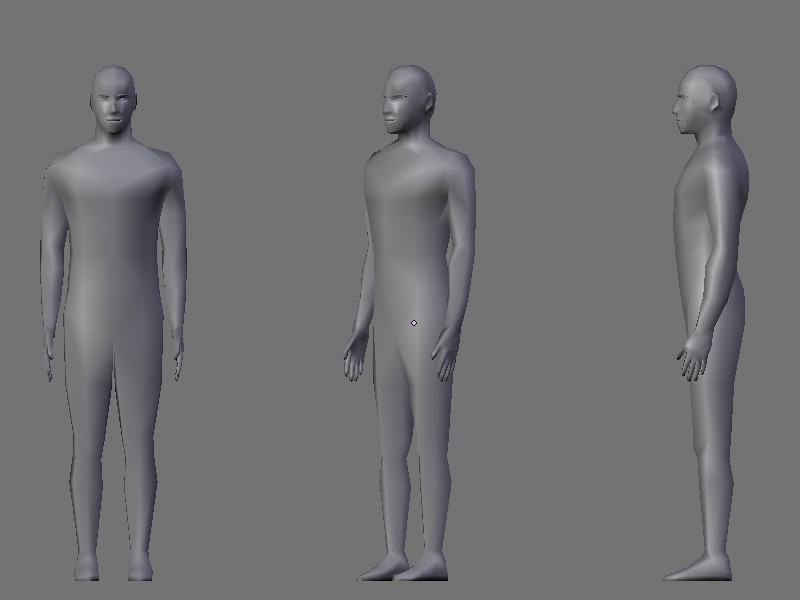 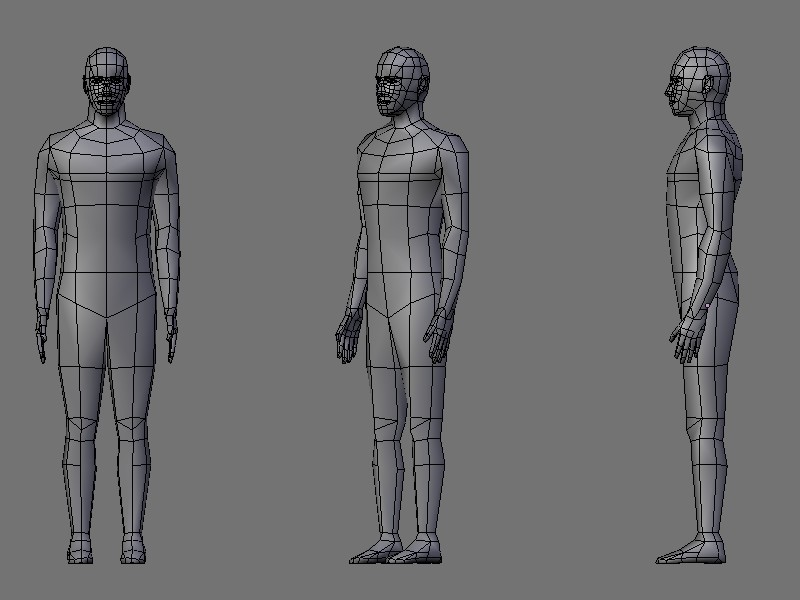 Load a background image showing the human proportions and see how your model fits against it. Note that there are various proportions depending on what type of character you want, herioc or real person will be different and from person to person in real life there can be huge variations in proportion.

You do have to pay for them and they are only for the female body but Johnathan Williamsons tutorial DVDs will teach you everything you need to know, well except for the anatomy stuff, that you’ll wanna study

the legs are too short. the hands are too thin. the head seems a little too small… the arms might look better a tiny bit longer or the croch should go up a little bit

If you make his belly half high, you’ll get a great deal of improvement you need. Dont forget to shorten the arms accordingly

Wow, thanks for the help everyone.

I was using a background image, but turns out it was kind of inaccurate (I found it somewhere on these forums). I switched to one of the ones you suggested, thanks.

You do have to pay for them and they are only for the female body but Johnathan Williamsons tutorial DVDs will teach you everything you need to know, well except for the anatomy stuff, that you’ll wanna study

I got one of his free vids off of cgtuts and it helped me with the edgeloops a lot, thanks.

Yeah, the crotch was a bit of a hard part for me. Basically right now I’m modeling him “naked” but I will change the geometry so that he looks like he’s wearing clothes later on. The crotch will come back down when I do that.

What exactly do you mean by making the belly “half high”?

As I said, I redid a lot of edge loops, so the arms got redone and and I increased the polycount overall. New model: 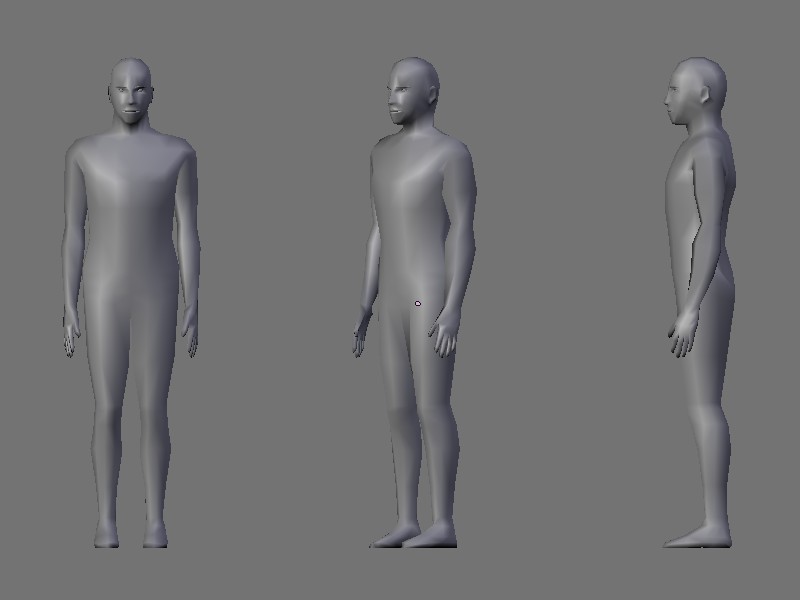 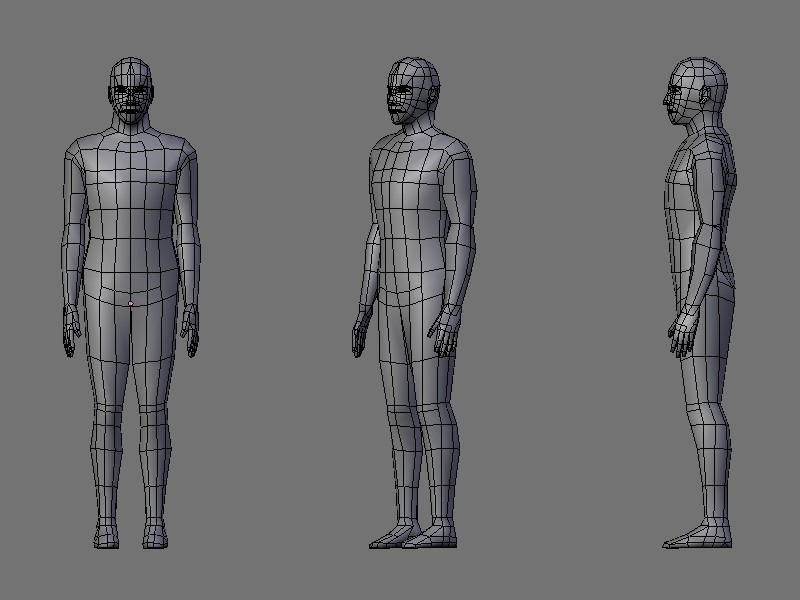 I’ve just cut it very roughtly, just to show you where… At belly and thighs. Arms should extend to the half of thighs anyway… the head should be 1/8 to 1/7.5 of the entire height plus that legs should be a bit longer that body height.