I tried to compare different engines in order to understand for myself what the advantages of each of them would be, and what are the disadvantages. I made a comparison in Corona, Cycles and Luxcore. To be honest, I’ll bring the sequence, so I started to make a scene in the Lux to try it out, then I decided to make a comparison with Corona, and in the end I decided to do it in Cycles. Accordingly, the process was such that in Lux I relatively easily tuned materials, light, and I ended up with, I believe, a realistic result, which I tried to make appropriate reference. When I went to Corona, I had to spend more time in it to tune the materials, including the fact that there is no real-time preview, but lately I’ve done this — turn on the option to export only modified mesh, so I can Quickly launch a render to see the result.But again, setting up the material was more time consuming to get the result I needed, while I also focused on the result already obtained in the Lux. In Cycles, I did it for a tick, considering that I work with it all the time, I didn’t have a great desire to carry out a more precise setting, but there was a desire to sleep. I consider the result to be appropriate, but considering that in those two I didn’t do complex manipulations, and Cycles is just a convenient workflow that takes less time to perform the same actions, but that’s what it takes to achieve, in my opinion a better result in the first two renders turned out to be simpler, requiring fewer settings than would be required in Cycles
There is also a certain difference in the light, I hope you will forgive. It seems that in Corona I added the sun
Render time I bring further: LuxRender 1h 30m+, corona 30m+, cycles 45+, all with denoise!
Reference I picked instagrame
Bump on the table and chair in Lux - a mistake at the beginning of the work, but later I decided not to return
My hardware is 1080 tI and ryzen 1800x
lux sobol openCl gpu+cpu, cycles gpu+cpu/ Also sorry for the language^_^ 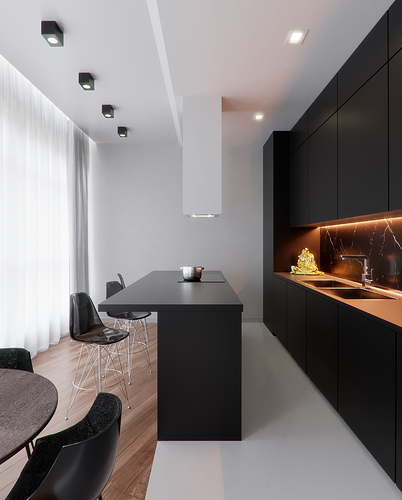 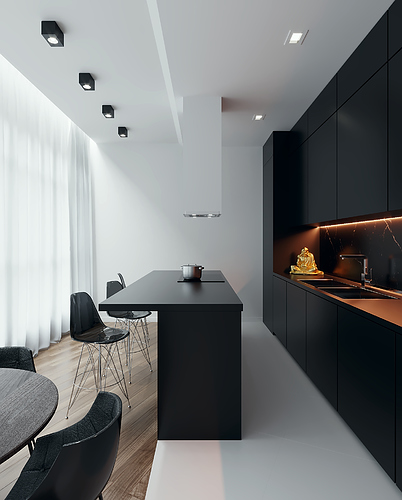 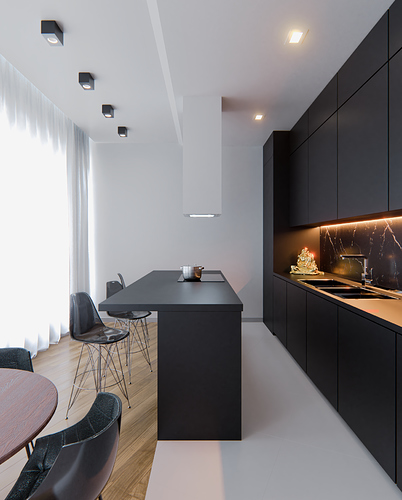 great comparison.
You might want to redo this in near future as luxcore is getting secondary bounces caching so some serious speedup can be expected.

When comparing all three image you can notice that Luxcore and cycles bring more detailed in light. While luxcore seem the more realistic cycles turn to have a better denoiser Algo (more visible in corner and sharp area). Really like the colour blending of light in both Luxcore and cycles.
Well done.
please could you post it here : https://forums.luxcorerender.org/viewforum.php?f=3 will be a good material for gallery

Comparing render engines is always nice… but keep in mind that corona wos bought by Chaos Group. So it is simply dead/feature freeze as long as Vray have not become any new features. I stopped using Corona because of that…it was a great engine but they sold to the biggest Company for Render Engines.

So you will be happy to ear that Luxcore is going to have GI cached engine very soon. you can follow the development thread here:

Do you have any evidence to back that up? Since the acquisition, Corona has had 3 very strong releases, with as many features as any releases prior to acquisition. On top of that, it’s been one and a half years and their pricing still did not change.

So if you stopped using it, it was just because your subjective feelings, because objectively, nothing has changed yet.

This is beautiful! I like luxrender, although the only thing I don’t like about it is that its a slow render. And just like you rightly mentioned, you can easily setup pro quality materials in luxrender. I would rank Cycles second here

Beautiful test and excellent images that you managed to play with the 3 engine.

For those who know me, I already know how I think about Corona.
Powerfull tool but I don’t understand what road it will take, if it will be developed with the new release 2.80, if it will be version 2 or 3 or maybe at 10 we’ll see it …
There is no Roadmap and then, above all, for a professional it is impossible to use it due to the lack of Render Preview in Viewport.
It’s frustrating, but first they should decide what to do, what to be and then make a decision about it.

Lux is a very good alternative, I have it, I update it every time and I always play with pleasure, but currently for my needs I prefer Cycles, certainly much faster (especially since I started using E-Cycles).
Surely it will only improve Lux, its creators are always on the move, always listening to the needs of users (very important) and trying to make better their sw at every update.
It will give us great satisfaction over time.

On Cycles nothing to say, fantastic.
My only achile heel is the glass Shader, which even today I have not found the magical ingridiente for how instead it is calculated with Lux and Corona.

It is not about pricing…i don’t know why you guys always think that the price matters.
Corona received Updates to get near to Tech Standard of Chaos Group Products.

Before they were a real competitor with features everytime that makes you wow.
I enjoyed the feature fight between Vray and Corona. NOw everything calmed down…

But iam sorry if i made you angry…this was not my intention. From my point of view Corona is only one product in the portfolio of Chaos Group and good ideas will always appear first on their flag ship Vray.

Hi, comparisons are always welcome.
Can you share some more info about Cycles setup? which resolution? 30 minutes seems really high, which hardware did you use?

The scene is pretty simple, i get these kind of images whithin 10 minutes or so with a 1080.
Also the curtain is overbright in Cycles, did you use Filmic?

EDIT: just realized you have a 1080ti, render times should be lower IMHO, do you mind sharing the Cycles scene? i’d like to give it a try to drop rendertime with same quality

Most of the time i don’t really consider to much render time when it come to engine war. As every engine have setting to lower down rendertime while keeping an average quality. Also there are sensibility of the engine to certain kind of lighting condition some tend to approximate thing directly in the core code while other tend to let all in the hands of the user. At the end of the day what really matter is the workflow speed and output quality.
That said I really support the Luxcore project for the fact that it appear to be the only serious alternative to cycles in opensource field. And for opensource community such kind of project are healthy.
The fact that luxcore is going to add GI caching next months emphasis it more.

Since you didn’t abide to any comparative method (+ no ref scene, neither a ref. image or photo…) it’s not a comparison per se, but just an amateurish experience with different engines. And that’s fine. Although nothing of meaningful value can be extrapolated from your text. In this regard, writing a bit about yourself, like describing what’s your present experience, skill level & personal conclusion, would give a reader at least some more substantial information on which somewhat better critical opinion could be constructed.

On luxcore performance…
BCD denoiser does more damage than good for luxcore…
(too much memory, no feature recognition, no passes for detail preservation, slow, and needs almost clean image to make sure it won’t ruin it)

Okay, this is my first post in this place, and in general almost the first one on the forums, so I didn’t know what size text and content to follow. But I note that your criticism is generally unjustified. Perhaps it would have been justified without the last paragraph, but it is, so.
To begin with, what does amateur mean, and what is a professional? I do archviz on freelancing, I work every day, I get paid for it, I try to grow in my work, I expand my horizons in this area. And what kind of professional should have done this? Well, pay the developers of V-ray, I do not know, the blender - let them create tables on their sites. Of course, this was not a “perfect” comparison, I do not pretend to that, for this I wrote the process of creating works, in which I described how it was. If you read it, then already from this you can understand that if I did “for a tick” in Cycles, then at least I put less effort, if there is a sun in Corona, then this is no longer ideal, I don’t even talk about other nuances.

And the last is how the comparison should be. I have seen controversy over engine comparison. How to do it correctly - to achieve identical results, without taking into account how much time was spent, effort, and also render time, on the contrary, can do the same actions and see what the result will be at the output. A controversial issue, I believe, if there are no additional conditions.Do not think for aggression, why it is so long - I also said))
I agree with a part of your words, so let what I write next will be the addition of my personal conclusion on each engine that I brought out for myself, as you have done and are right, this is not enough for my post.
Returning to the beginning of the message, I would say that the support for me was a set of factors accompanying my work, I wanted to achieve similar results, under similar conditions, with approximately comparable efforts, I could see where and how much time I had to spend and how much in the end rendered. And also the differences in how which engine responds to my actions. Conclusion I will write the following message that it was not necessary to read all this in advance. 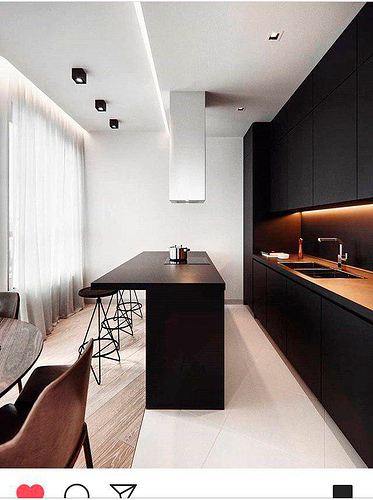 Hi, resolution 1545x1920
As I noticed, Cycles I devoted the least effort
Yes, I used Filmic and portals too. I will write separately my opinion on this matter.
https://dropmefiles.com/4FHxJ

Well he clearly didn’t describe this as a benchmark or something…
Just a subjective test of tackling a scene with 3 different engines.
I find some value in this one as an artist.

Some things come down to taste and personal preference.
Still seems to me that corona has the perfect photo feel of the global light scattering in the scene. It’s a suble difference but noticable.
However both free competitors manage to get good quality in reasonable times
and having the power of good integration within blender
gives the workflow ease boost to them.

Thanks for the flattering offer to post on the luxury forum.
It will be cool when it gets faster)

If you send me the scene I could check if it could be optimized for faster rendering.