I started modelling equipment and gear for my characters. Something I’m too lazy to do before. Instead of downloading ready made 3d models, I’ll just make them my self. This is to test and improve my modelling skills so I can work as a good 3d modeller.

I will model rifles, pistols and rocket launchers using actual weapons as reference but with a scifi mock-up gun interior mechanism.

Each completed model will be uploaded to BlendSwap for use on video games.

This is the M1 Defender, an Individual Combat Rifle.

This is a scifi 20mm airburst grenade launcher inspired by the XM25, OICW and the H&K G11. Uses caseless 10.8 mm or 12.7mm (barrel change) ammo for the semi- automatic rifle and 20mm air bursting grenades for the grenade launcher. 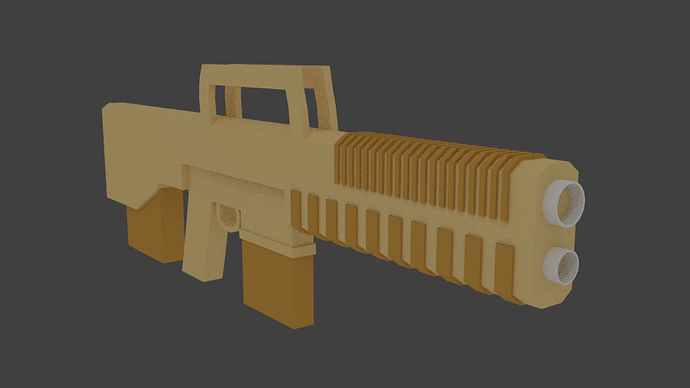 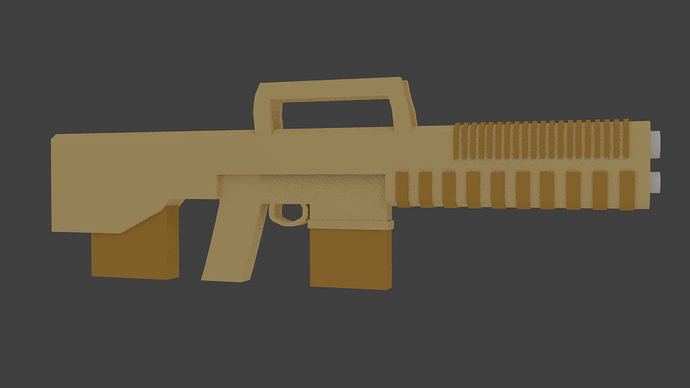 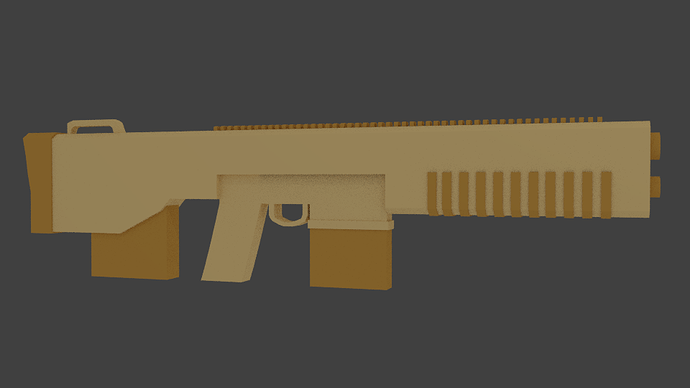 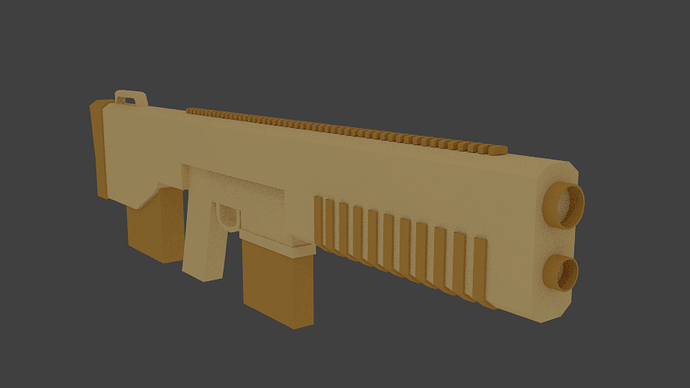 but as far as the rest goes, it looks nice so far

The top is 20mm and the bottom is 10.8mm for more ammo. I just noticed the metric units. I can now model with real world scale. 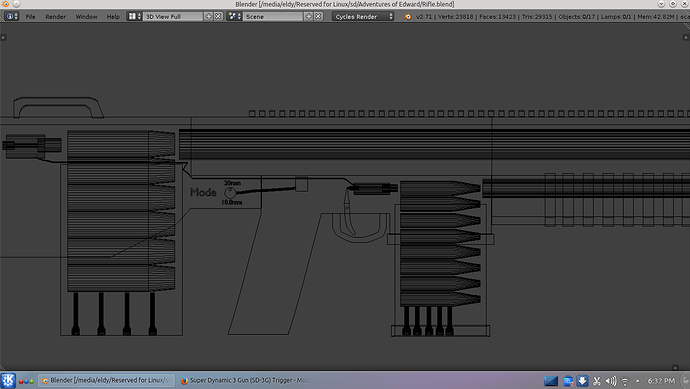 I’m finding a way how to make holes in that mesh. 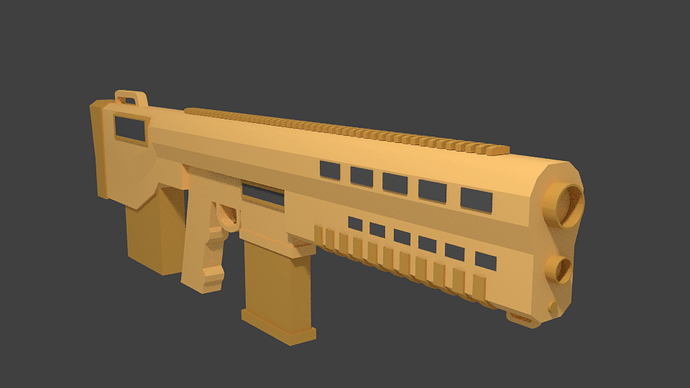 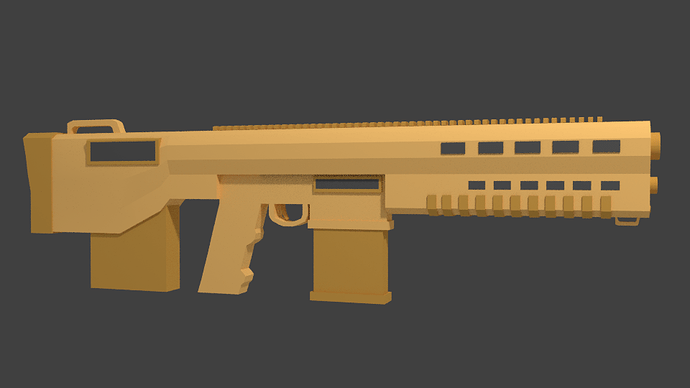 Progression looks good. If the rifle uses caseless ammo it won’t have a breach for ejecting casings…

weird, usually the rifle has the longer barrel for higher acuracy then the GL. looking better and better

The design is interesting, and though it is uncommon to have the GL with a longer barrel, it’s good to switch things up and I see the OICW influence. That trigger guard looks uncomfortable, though, because the weight would pinch your middle finger in that gap. Also I would personally make the magazines asymmetrical so it’s clear which end is the front by touch, that way you don’t have to look too hard when reloading. The only other suggestion I have is that you plan out how it strips, because right now it looks like one solid piece–better hope those internals never get dirty!

Out of curiosity, why 10.8mm? Isn’t that a bit big for an assault rifle?

The reason that the GL barrel is longer is for higher muzzle velocity and better effective range. I need to make the trigger guard bigger and I will make the magazines transparent and add some square at the bottom. I’m still learning how to use that mesh cut tool.

Scaling the rifle now. I find that the rifle looks too big even though I used real world scale.

Comparing it to a 6’5 tall combat suit.

I made the barrel longer for better accuracy and resized the hand grip so it doesn’t look big.

Modelling with real world scale is a bit hard. 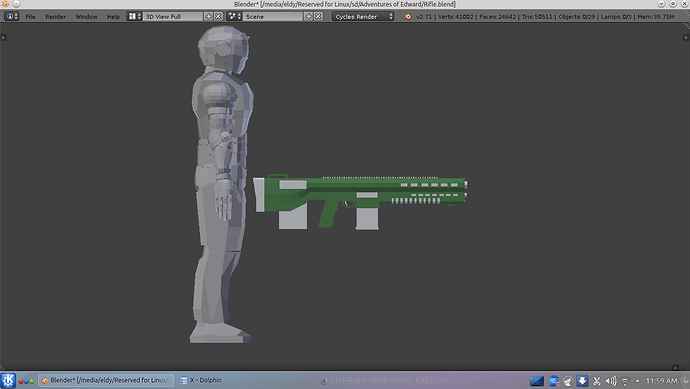 seems about right, specially since its a full sized 20mm bullpup rifle: That was one big rifle!

Here is a rifle with a shorter 20mm GL.

I scaled it up using the metric system for real world scale.

Daily updates of everything that you need know about what is going on in the military community and abroad including military gear and equipment, breaking news, international news and more. 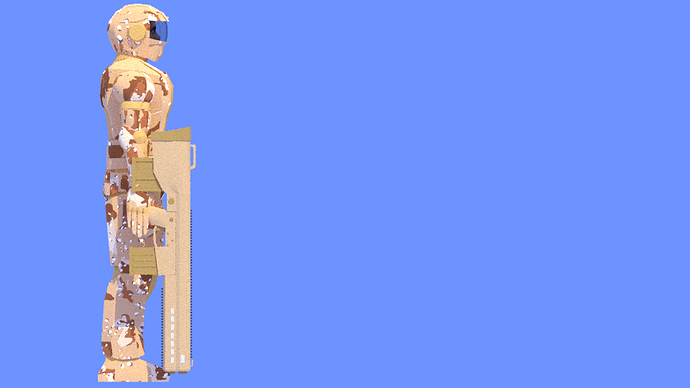 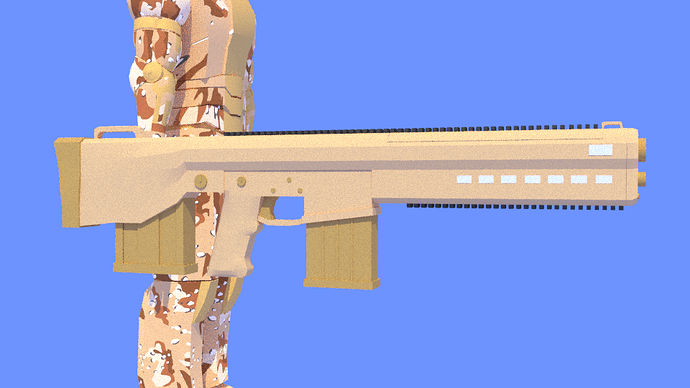 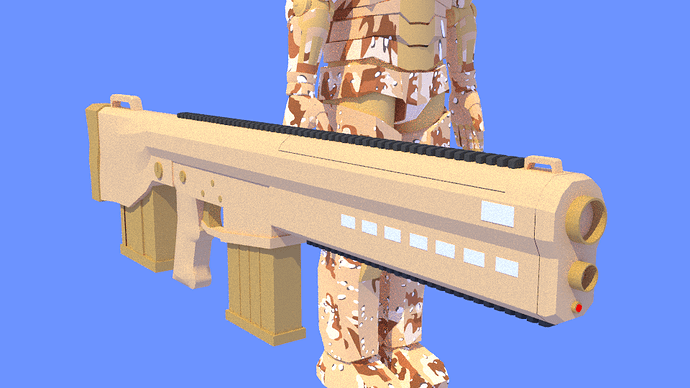 The model is complete. I am now just adding fine details, minor mesh tweaks and I’m working on the gun metal texture. Then I’ll post it to BlendSwap for download.

I still haven’t found a way to make holes to that mesh.

The method of boning it using a cylinder and the boolean modifier might work well.

how about a futuristic optic to go along?

I’m still finding some good reference image for the scope.

Ok the rifle is finished. I will texture it later. 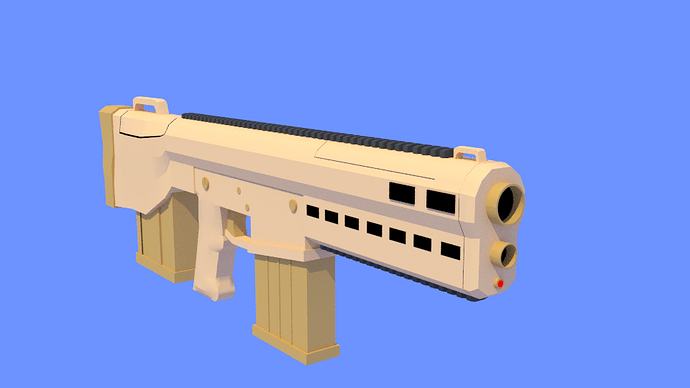 I ended up making it slightly similar to the FN SCAR H by the way.