heres is a model i have been working on. its not exactly accurate, mostly just a practice.

i know the turret looks pretty rough, i had a hard time flattening the front. 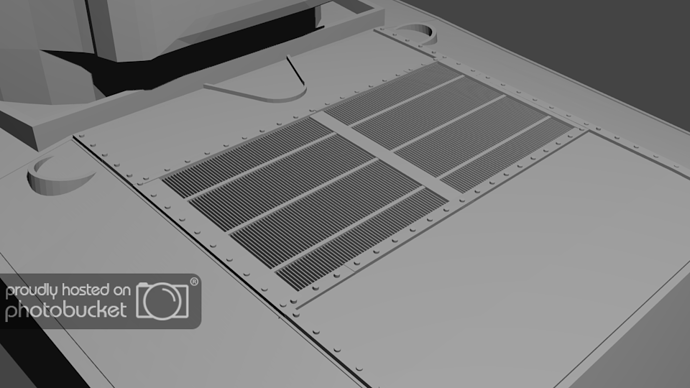 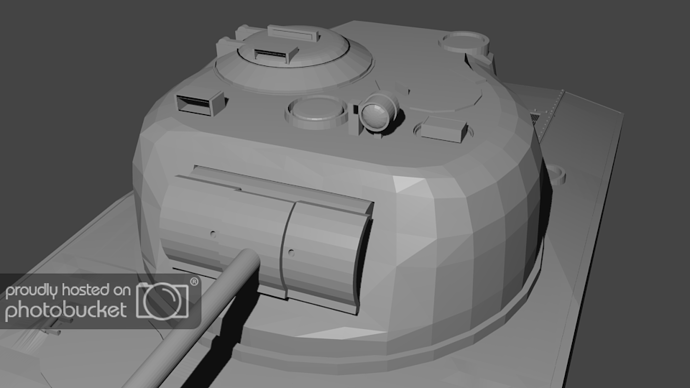 Not bad but you need to add more detail to the sides.

yeah i just haven’t gotten there yet. there is a lot i have to add on the front, not much on the back. the left and right sides really don’t have anything on them (on the real tank)

i want to add a bunch of accessory’s too, like the below pictures.

are there good drawings to work with available free?

yeah heres a link with a tun of blue prints

yeah, i should have smoothed it while modeling, cuz when i try now it looks awful. mostly on the turret (which i might and up redoing)

the grill was done with a array modifier.

i believe it is a early or mid production tank, you are right about them getting stronger, there was alot of armour improvements. for example, for some reason they put the white star right were the ammo rack was, the germens were using that is a target or a bullseye. so they started adding thick plating on the sides.

yeah thats all i can think of right now:o

i look a little for drwgs for this model

butcannot find it in database

what would be the name by which we find this tank?
http://www.the-blueprints.com/blueprints/tanks/tanks-se-sz/

may be i can try to make my own model for this
but ahve to see which model i can do early WWII or late WWII!

i actually could not find any blue prints ether, im pretty sure all the Shermans are the same size so i just picked one out for the size and used a plastic model i made as a reference (the last pix i posted)

sry i skipped ya Wafyb, im not sure how many pollys are on it…probably a lot;)
i dont plan on useing it in a game, so i dont think it really matters?