Doomsday has been announced, guys.

We knew this was coming ever since the introduction of Metal.

What I’m wondering: how big of a task is porting openGL? Luckily Apple has everything very well documented. But still… would it take one dev a month? Would it take multiple devs years? I know resources are scarce and that it may not be worth it. I’m not asking anyone to do anything. I’m just trying to gather the information I need to maybe make something happen for the good of the mac community. (Also, imagine the performance increase.)

3 Likes
OpenCL and OpenGL not supported anymore in MacOS 10.14 Mojave
Blender 2.8 development thread
macOS Mojave: To be, or not to be
Blender for Ipad Pro and Flamenco on any cloud provider to render on cloud
Photoshop alternatives
Mac or Win machine for Blender 2.8
What is the current state of eGPU support for Cycles on Macs?
Hello again
Any plan to make Cycles support Metal on macOS?
Herbert123 (Herbert123) June 4, 2018, 11:17pm #2

If anything, this goes to show that Apple just doesn’t care about the professional 3d market.

You know, I am beginning to think that Apple is slowly but surely killing the MacOSX platform.

I am starting to dislike Apple more and more as a company. And to think I used to be a fanboy back in the day before Jobs took it into the toy direction.

This could mean the Godot project pulling support for MacOS entirely (the project manager chimed in and said there is a serious disinterest in coding an entirely new backend just for one platform). 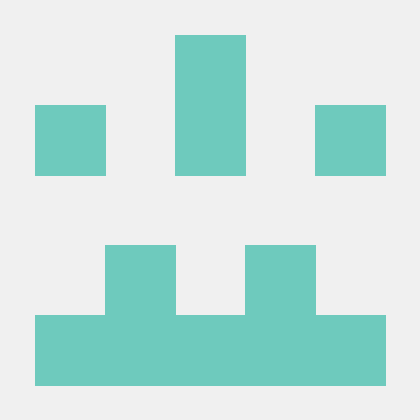 Don’t forget Apple’s other move in ditching Intel CPU’s and AMD GPU’s for their own design, applications that otherwise work well on Windows and Linux may need a bit of overhauling to even run on future Macs.

That’s not to mention this will have a major impact for Autodesk, Adobe, Pixologic, ect… How many of them will do the work needed to keep their subset of users on the Mac. happy?

Completely agree with you, Ace.

What about Photoshop, which runs on OpenGL right now? It’s having enough problems as it is, and how about all the small indie developers (game and applications) using OpenGL to port to Mac?

What about all the other 3d apps which rely on OpenGL?

It’s a F***ing disgrace, that’s what it is. Sorry for the foul language, but I meant my upcoming game (built in Godot) to be released on Mac - well, F that.

Friendly reminder
This is not an Apple-bashing thread. Please keep your emotions to yourself if they’re not helpful in the discussion.

We knew this was coming ever since the introduction of Metal.

On the Desktop, low-overhead APIs like D3D12 and Vulkan have delivered little value so far.

I’m not surprised though, Apple has been neglecting this market for many years. The question posed to me is: Who cares enough about Apple to port to Metal?

What I’m wondering: how big of a task is porting openGL?

To put it into perspective, Blender developers have been working on-and-off on moving exclusively to “modern OpenGL” for many years, one of the arguments being that Mac OS doesn’t let you mix-and-match with legacy OpenGL (like on Linux and Windows).

All that seems rather moot to me now, to support Metal would require a full abstraction layer or lots of redundant code, you can’t just “port to Metal”. One option could be using Vulkan through MoltenVK (a subset of Vulkan on top of Metal), which at least lets you keep GLSL shaders.

Another option would be to just write off the platform entirely if OpenGL is dropped, because it’s just not worth supporting.

OpenGL on Mac has already been a garden of raised middle fingers. The biggest argument for Metal on Mac OS was the crappy OpenGL - not performance.

Having said all that, I do think Metal is a good API, it’s just not worth putting up dedicated support for it unless you’re totally focused on iOS/Mac. Behind an abstraction layer, it’s just another common denominator.

This is not an Apple-bashing thread.

You’re wrong about that.

This is not Apple bashing. I have nothing against Macs, nothing against Apple. I have EVERYTHING against this utterly stupid decision, and how it will impact just about EVERYONE even remotely developing 3d apps and games. And any application built around OpenGL to accelerate 2d.

I am normally (as anyone can contest here) a very unemotional guy in these forums.

But this decision by Apple is just so… STUPID.

Don’t tell me I am Apple bashing here. I am bashing their STUPID and THOUGHTLESS move, which endangers the entire Mac platform as a choice for 3d and game dev.

I guess a third option is porting to Vulkan and have the macOS build use MoltenVK. I’m unsure about the state of openGL but it seems there’s lots of gains to be made by using an API with less overhead on any OS.

Besides, Metal is out of the question since it’s not compatible with C++.

I’m unsure about the state of openGL but it seems there’s lots of gains to be made by using an API with less overhead on any OS.

It really depends. If you have thousands of API calls every frame and you start getting CPU limited, then yes. But even then OpenGL gives you lots of opportunities to optimize that.

Besides, Metal is out of the question since it’s not compatible with C++.

Yes it is, it’s just not directly supported. Objective-C and C/C++ interop is tolerable.

Having thought about it, this is a strong signal that they’re about to move to their own ARM chips on the Desktop soon-ish. There was never going to be legacy OpenGL/OpenCL support on there. Recompiling an application for ARM isn’t necessarily a big deal, but if you rely on OpenGL, there will be a problem. Upping the pressure now makes sense.

Maybe it’ll work out well for them, after all, most Mac users are just people sitting in coffee shops, pretending to work.

Yeah, no. When you do something this blatantly malicious to the entire dev community, you sign up to accept every ounce of bashing that you receive.

This is such a massive slap in the face to ANYONE who does cross platform development. Apple is really overplaying their cards if they think that they command the kind of market share to make those devs decide to only develop on Mac, as opposed to just dropping Mac as a platform.

And to add an additional level of crappiness to this situation, they’re also deprecating OpenCL. Not that they’ve ever even tried to have good drivers or support, but man… Apple must really have their head up their own ass.

This is such a massive slap in the face to ANYONE who does cross platform development.

Those faces were already numb.

On the upside, this is actually strengthening Vulkan. There’s likely going to be Vulkan on D3D12 as well, because Vulkan doesn’t work on UWP (another pointless platform).

OpenGL will be forever in our hearts in the form of WebGL, which runs on top of D3D on Windows, because why the hell not. I wouldn’t be surprised if there will eventually be OpenGL on top of Vulkan on top of Metal.

“Games and graphics-intensive apps that use OpenGL should now adopt Metal.”

I think more people are going to disagree with that than Apple are banking on.

I think more people are going to disagree with that than Apple are banking on.

Why would Apple users want Maya, Zbrush, and Blender anyway? It’s been reported that the Mac may soon be able to run iOS apps, so they’ll have all the graphics they need with Procreate and SpaceDraw 3D

As for games, the ones where you crush pieces of candy should be enough as well (you don’t find many core gamers on Mac anyway)

I am beginning to think that Apple is slowly but surely killing the MacOSX platform.

This is good, MacOSX should vanish many years ago.
Why people still bother with it? I don’t get it.

apple is really just not relevant and never has been.

Apple - Please everyone start using our Metal API, so we can keep on NOT upgrading your graphic drivers and tons of shit is not really going to work anyways.

I guess for most developers this might be a huge push towards Vulkan instead, then use something like Molten to target OsX.

I’m afraid a Metal port is going to be more than a couple of months… but the benefit of open source has always been that you get surprising ports to happen!

My suggestion: let’s wait a bit how the market responds and study on solutions. We’re not alone in this.

My opinion: MacOS has not been a good choice for 3D artists for at least 5 years already. Artists didn’t have choice of GPUs. Support for CUDA, OpenGL and OpenCL was always behind. We never really had Cycles GPU render perform good on a Mac system either.

Looks like Apple is heading in a different direction with their OS. Probably merging it with iOS…

Meanwhile we can keep supporting it, but this support will then be for a dying platform - like back then for SGI Irix, Sun Solaris and BeOS.

From the BF’s point of view, why waste development time on a “dying platform” ?

Apple has made it perfectly clear that they want to live on a island and not have to worry about supporting non-apple-only things. They want to focus on the iPhone as their main platform since they think everyone will be dumping their desktops for a 4 inch screen eventually. Just try and buy a macbook bigger than 15 inches (which is barely adequate for serious graphics work).

I’ve been a graphic artist for more than 20 years and I’ve never worked for a company that didn’t use PCs almost exclusively – the main reason being the lack of software/support for the Mac platform.