Maintaining quads without geometry getting out of control?

I know that ideally you want to maintain all quads for any geometry that you want to put a subdivision surface on, so I was wondering if anyone had some advice for incorporating circular openings into mostly boxy geometry in such a way that you don’t end up with tons upon tons of edge loops.

This is what I’ve been working on, and while I could easily run a bunch of extra edge loops through it to incorporate those circular holes, I thought I’d check if there was a better way to do it, or failing that, if I even have to worry about it given that all of the edges are surrounded by quads and it’s an otherwise flat surface.
http://pasteall.org/blend/index.php?id=43212

EDIT: Is this what I’m supposed to be doing? And I know I can merge some of those edge loops out, but it just seems like this could easily get way out of hand. Maybe I’m worrying over nothing. The HP is only for baking detail down, after all.

I find that so many edge loops DO create problems.

Try using insets on the faces you want to create round holes/protrusions out of. then subdivide the inner face to get the number of segments you want for your circles. This keeps everything local to the area you’re working in. 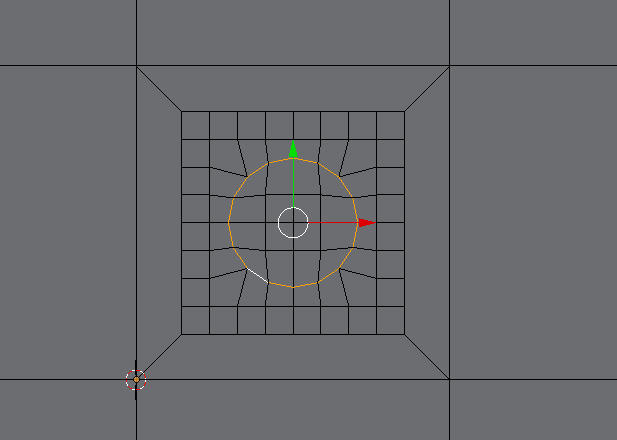 Rule of thumb is basically that more detail = higher poly base mesh.

Also you don’t need that many vertices for a hole and you should use less vertices the smaller your hole is.

You could get away with 16 vertices for large holes, 8 for medium holes and even as low as 3 for small holes (though you might be better of using a texure for smaller holes). While Ngons aren’t good, you can get away with using them is some cases.

Provided they have supporting edge loops.

My rules for n-gons and poles are: 1) only use 5 sides n-gons or 5 edges pole. 2) Don’t let 2 of them touch, ie be next to each other. Sometimes I break the rules, but rarely.

So Chemits have the Periodic Table, Designers have Font and Color Tables. What do CG Modelers have?  A pretty nerdy discussion over at CGTalk.com helps to explain the answer.  I wanted to share some insight into great discussion of...

Also you don’t need that many vertices for a hole and you should use less vertices the smaller your hole is.

You could get away with 16 vertices for large holes, 8 for medium holes and even as low as 3 for small holes (though you might be better of using a texure for smaller holes). While Ngons aren’t good, you can get away with using them is some cases.

If my understanding is correct, I’m basically picking the number of verts for the low poly version here, because I’ll just not have a sub-d or bevel on it.

Also correct me if I’m wrong, but I still want to have mostly good quad topology for the base mesh so that I can have chamfered edges, right? Or is that not super important?

EDIT: Anyways, I tried putting some N-gons in there and I just ended up with weird holes once the sub-d was on, so I came up with this. I can already tell it’s going to cause me some grief if I need to add edges to those areas, but I figure if I just keep working on this I can figure something out.

Traditional Low poly model with normal map from high poly sub-d - workflow is to avoid ngons at all costs.

Newer workflow: low poly utilizing normal map from medium poly model; making use of bevels, booleans and floaters and custom normals, and no sub-d - understand ngons and use them like a boss.

Ngons are not bad, not understanding how they effect the model is.

Similar rule for sharp edges, if they are on a uv seam, they don’t increase count, but if placed within a uv island they do increase vertex count.

I’m definitely with you on the newer workflow, since the traditional model is much more prone to weird warping when baking down curved edges. I guess it isn’t weird, it makes perfect sense, but it’s best off avoided.

In terms of judging how many verts you need, the games I’ve been playing of late seem to have a lot more than just 8 verts around holes that are actual geometry and not just normal map divots. The shading might be straight on, but you can still really clearly see the hard edges when it’s an octagon like that.

definitely go for a level of geometry to hold the silhouette, don’t know what I was thinking there

So umm… whats the conclusion guys?

8 outside verts doubling down to 16 inside, 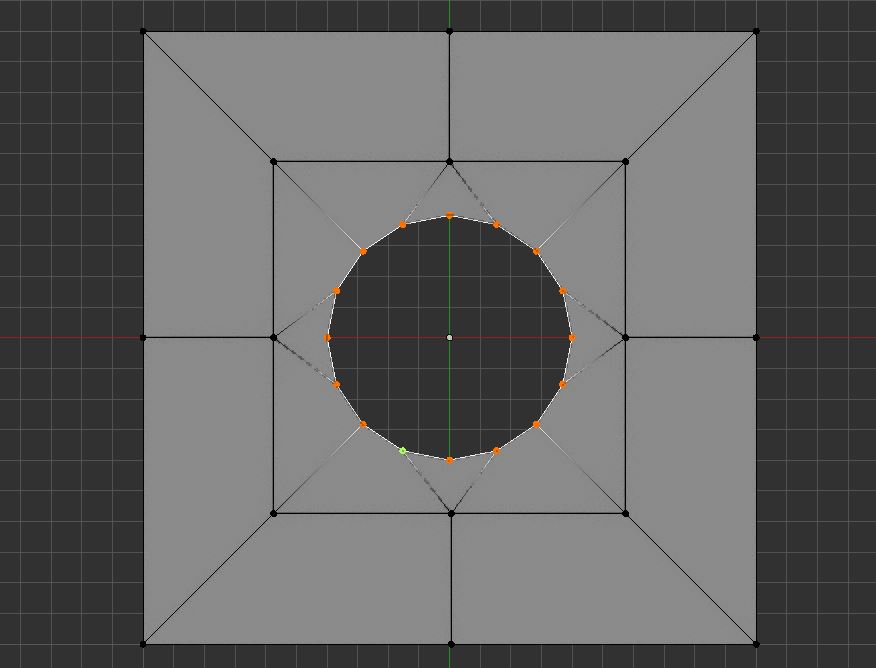 That is if you want all quads for traditional subd,

Would love to take a look at that file… those dashed lines confuse me a bit.

But yeah, that is genius.

Okay Zenitor, don’t just show off. Tell us how you did that.

Not much different to what Rekov did in his second post,
make a quick video of process with instruction list included

Find it quicker to demonstrate than write.