I want to make a texture that has a layered 3D printed appearance for renders. What I’ve got so far is as follows: 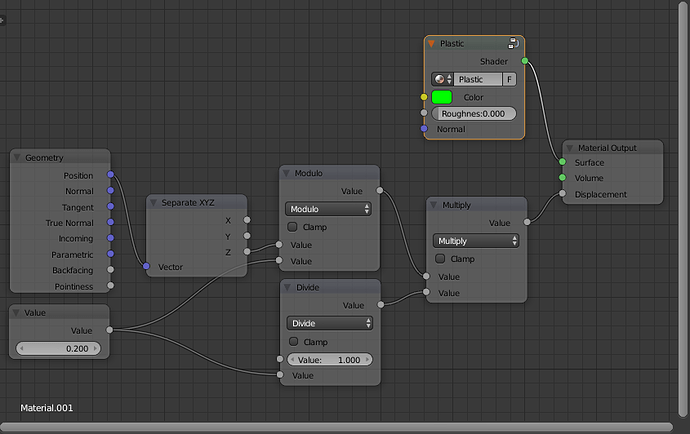 The result is… not too bad. 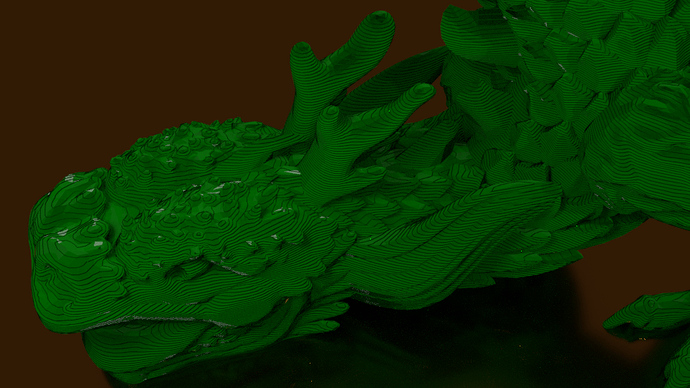 Kinda wish it looks more like ridges than just little black lines, which is why I went in through the displacement. I was also worried that the modulo operation would make it more of a gradient, but it didn’t. It just looks like rather abrupt lines.

What I was going for was something that looked more-or-less rounded per layer and preferably that would displace the normals in a way to fake that even more, though I’m not sure what the effect would be on the top layer lines. I have to admit, this is my first time writing one of these node trees myself so I don’t know much what I’m doing, but I imagine it must be possible. Any tips?