Making another car? Sure why not.

So yet again, I’m modeling some car I’m making up as I go along. Current progress on first post. I have a few older shots, so I guess I’ll have to reply to my thread for those too. 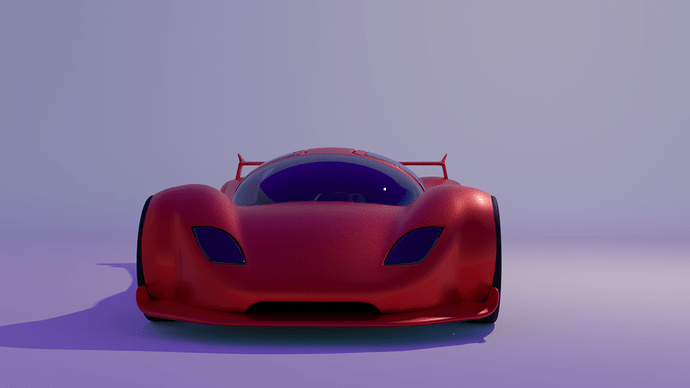 And since I update this at times, I’ll also put the sketchfab for it too…

Similar view angle as on Sketchfab, but rendered. 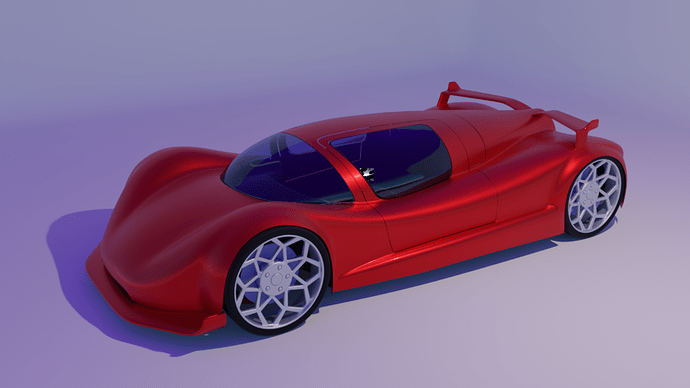 Not sure why the denoiser in Cycles is glitching on the highlight. Any ideas on that? Still many settings to change, but more focused on modeling still at this time. 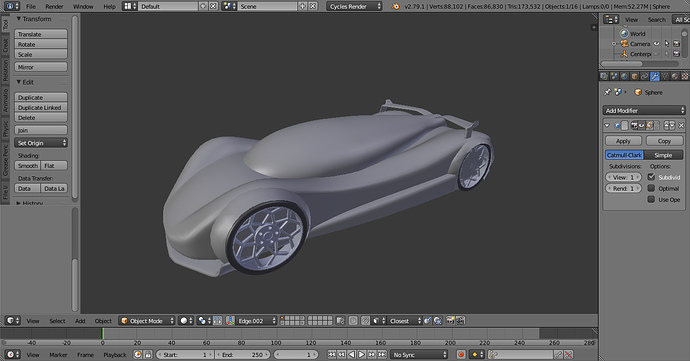 Starting out with some basic overlapping shapes (not even booleaned), and then retopo-style snapping to model over them works a lot better than one would think. The template meshes themselves have some subdiv modifier, and snapping respects that generated mesh. So the end result follows the same curves and volume, provided you have enough density and apply a similar level subdiv modifier. Kind of neat how that works.

And that’s just explaining what I’m doing when starting. That seems simple enough, or at least I’d think it is.

So now I’ve still got to think of stuff like the shape for the headlights, side mirrors, and doing stuff on the interior, and maybe UV mapping the body so it’ll be possible to do something more fun paint-wise or putting stickers on it.

Some baby steps. Hope that’s not too annoying by being bumped up.

Expanded the denoiser menu and made a reasonable guess, toggled off glossy-direct. Seems like that was the correct one, but that hot-spot for the highlight is still blown out. (Hard pixels seem to be the clue there.) That might be something I could mask over with compositing though.

And if you haven’t noticed, I added a vent before the rear wheel. Took a while to get the flow around there the way I liked, even though it’s not a major detail.

I’m going to re-add the rearward view at this time, so it doesn’t get lost when I update the top post. That was at the step before this one. 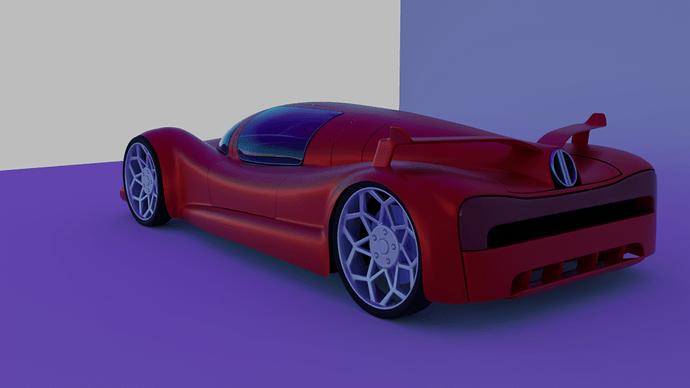 Decided upon a headlight opening shape. Still not sure if I should revise that further. 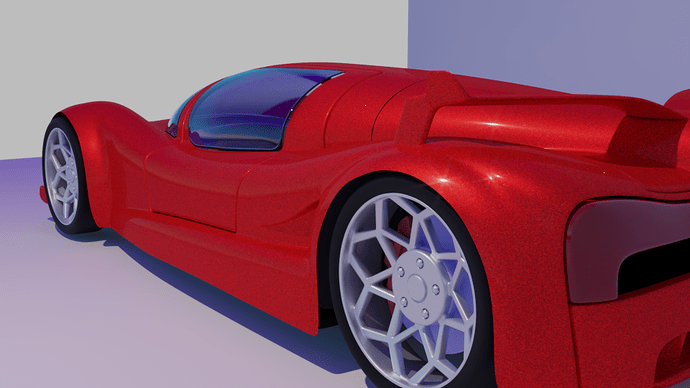 Messing around with the paint material. Trying to see if I can get a bit of a metallic flake effect in there that looks ok.

From this view I’m noticing more stuff to fix (like that window gap), but that wasn’t the point this time around.

Nice car and nice modelling, I am a little concerned by the windscreen though, it’s slightly too bulbous for me I think.

Yeah, lots of sunshine in there. I like the shape of the cockpit, but glass in the ceiling would better fit to a van then a race car.

Looks very streamlined, but the splitters in the rear diffuser need to extended below the car. The front splitter looks like a cheap add-on to a compact car. Also as pure bred race car I would like to see the wheels integrated into the streamlie. Looks a bit like the ugly gumpert appolo.

I like the tail. But the wing has to stay aft. Also the cockpit could use some depression after the drivers head => downforce at the rear axle.