hello ive been on this for 2 days now, and i think there’s still something wrong specially on the pelvis part… pls post some feedbacks, really need some advise with the topology, im planning on rigging this afterwards… 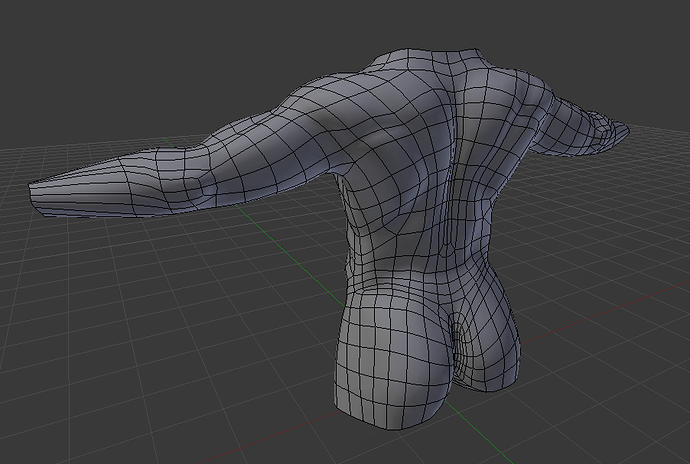 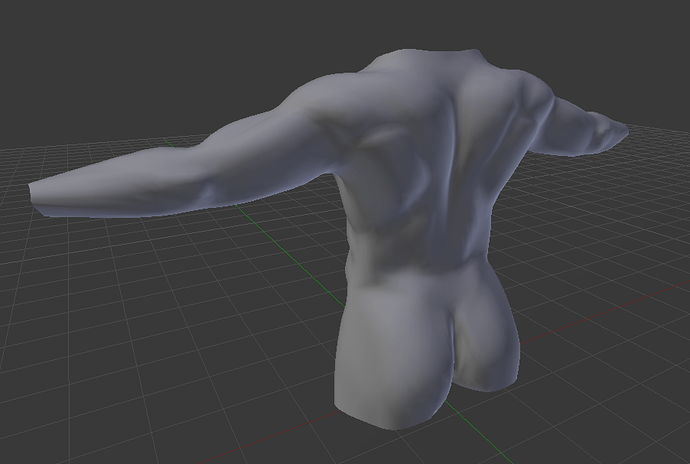 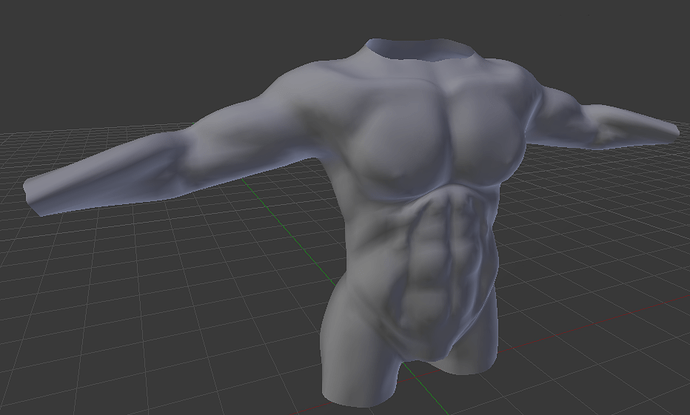 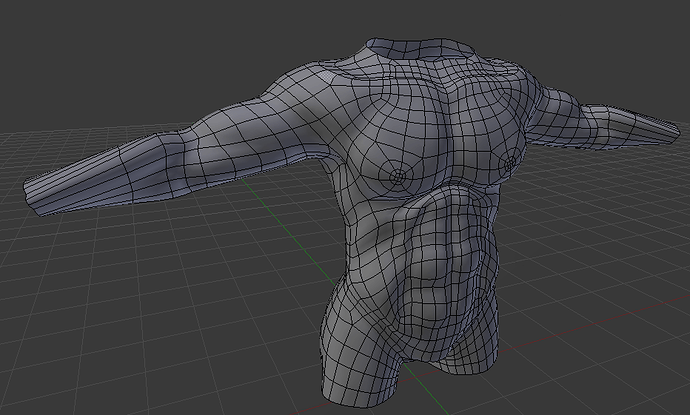 First suggestion is to use a higher Lens value for your viewport camera – lower values (like the default 35) tend to create perspective distortions that make it difficult to evaluate proportions.

Musculature is looking good in general, with a few probs I can see in the screenshots:

– The masses of the biceps & triceps look wrong. Overall the upper arm shape is OK but how the muscles are defined looks off.
– Insertion of the biceps & triceps in the underarm region is ill-defined and too “rounded” – in someone this well-built there’s a much greater definition there.
– Masses of the lats, lateral muscles over the ribs, and the external obliques are all off somewhat.
– The abs are too irregular in size from the navel up – they are generally more evenly sized than shown.
– Angle of the clavicles is too strictly horizontal and straight – they tend more toward a slightly bowed shape that curves back from the neck to the shoulders.
– Nipples are placed too close to body center – on average they sit farther out on the pectorals, but this varies a lot
– The masses of the back muscles are close, but could use some more attention to anatomical accuracy and proportion.

Overall this is a good start in terms of anatomy. The topology could be a problem, though, for skinning and smooth deformation. At both the shoulders and the hips/thighs joints, there are irregularities in the loops that can cause weight painting issues and uneven deformation. It’s in those areas of major “stress” under deformation that you want to try & preserve parallel loops with very regular quad structure, avoiding three- and five-pole intersections whenever possible. Thinking about how the body masses form creases when flexed will help you plan where to place principle loops, those that should be continuous around the entire form.

A good way to build both topology and structural detail together is to begin with the entire body mesh in a more basic form with less detail, and rigging it early on, testing the deformation of the basic body segments as you go along, adding loops to improve that and also start putting in structural details. That way you’re less likely to sculpt yourself into a bad deformation problem. It’s also easier to get overall proportions accurate that way.

ill go try that out … leaned a lot from your feedback, ill post an update after i make those changes. … w8 nipples are wrong?

Not “wrong,” they just look like they could be moved farther out from the body’s centerline, farther toward the outside edges of the pectorals. As with many details, this varies from person to person, but on average I think they’re placed farther out on males, in relation to the rest of the body features.