I’m going to keep this short. I read a lot about polygon flow/topology lately. So I tried to keep that in mind.
Would you guys be so nice to give me C&C on topology, anatomy, whatever and if this is going the right way so far?
Feel free to sketch or draw in what you notice. 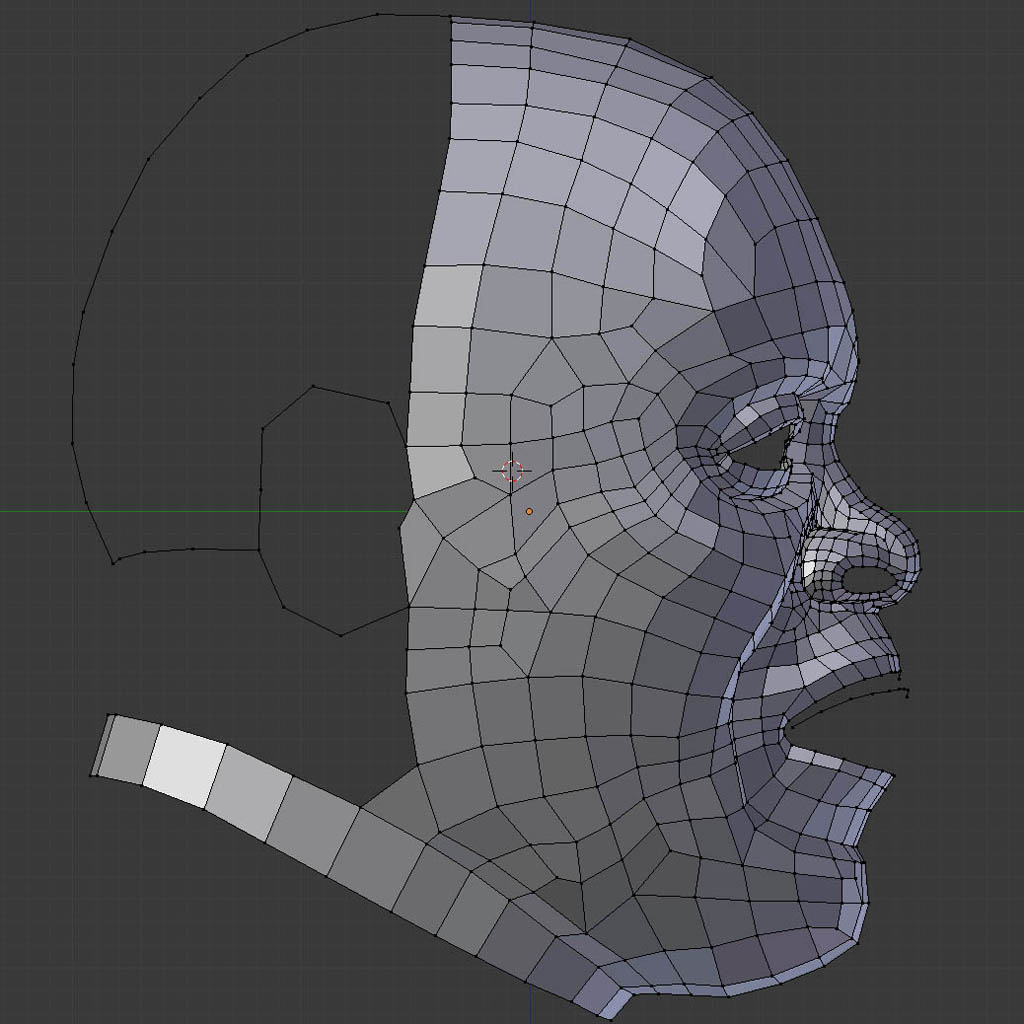 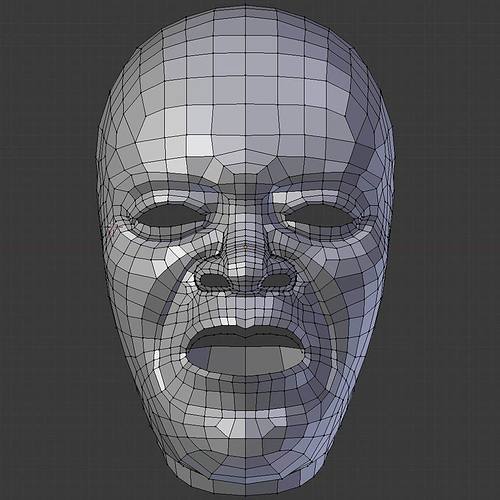 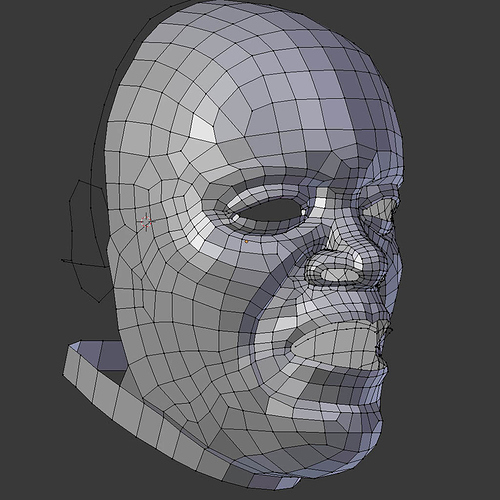 Don’t hesitate to give some unfeigned critique

You can take a look here for some ideas.

It is just some basic basic stuff. But it is good to get an idea about the form of the head and build that into the basic flow of the rest of the topology.

The only crit I have really for now is the model is rather dense for this stage of work. You seem to have a fairly decent idea about flow. There are a few spots that could use work but over all try and simplify your topology as you are blocking in the head if you can.

Well, i can give you some help

I already thought about the dense. I want to sculpt some detail later, as I’ll finish the ‘basic’ (but rather no LowPoly) model, make a nice retopo and normal baking.
So in exchange I tried to set up some rather constant dense (nose area breaks the ranks as you saw).

Thanks for your suggestions, don’t hesitate if you got any more ^^
I’ll update this thread as I proceed with the model.

I’m at 3D-Total too. There’s also a post in the WIP-Section about this project.
I already got great things out out of the sticky you mentioned, great information about topo in general there