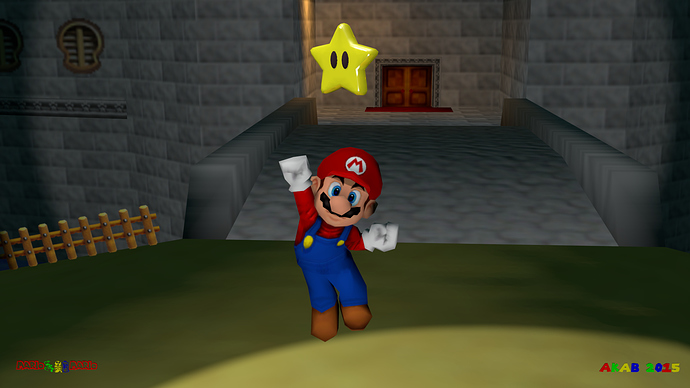 I’ve played Super Mario 64 at a friend’s house back in the day, the only time he says “Mama Mia” is when he dies in one of the worlds and gets kicked out of the picture. He said something like “Here we go” when a star was earned.

Also, even if the intent is to match the N64 look, the stars that Mario collects often have a rather vibrant look to them (emitting light and also having a glow).

Yes, you’re 100% correct.
I uses “Mamma Mia” as a title though because it’s his most famous catchphrase and if you translate it from Italian that would be “Oh, my God” (Not My Mother" as anyone would say)