I found a 3d model of Superman from the game “Injustice: Gods Among Us”, and Decided to make a render of it, with help from Andrew Price’s Clouds tutorial on blenderguru.com 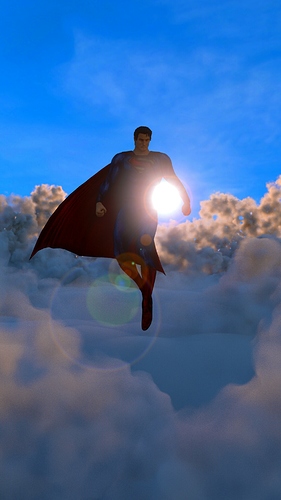 Well, if you followed Andrew’s Cloud’s tutorial, you can kinda guess I’m going to say something about the clouds :D. Foreground and middle ground looks fine, but I thing the back looks too solid. But yeah, that’s really a personal thing.
What I do want to ask you is whether you used any skin textures? If you did maybe a little more contrast in them because it looks like a one colour shader. Hair is well done btw as is his pose. But with such an stretched and magnificent pose, the composition is off. Because your canvas is cropped like the figure, superman looks small. I suggest experimenting with different sizes for a more dramatic effect. It also could get you rid of the rather uneventful blue sky. I put some quick crop examples with this post, but there are much more ways to crop this render to make superman emerge better in this picture. 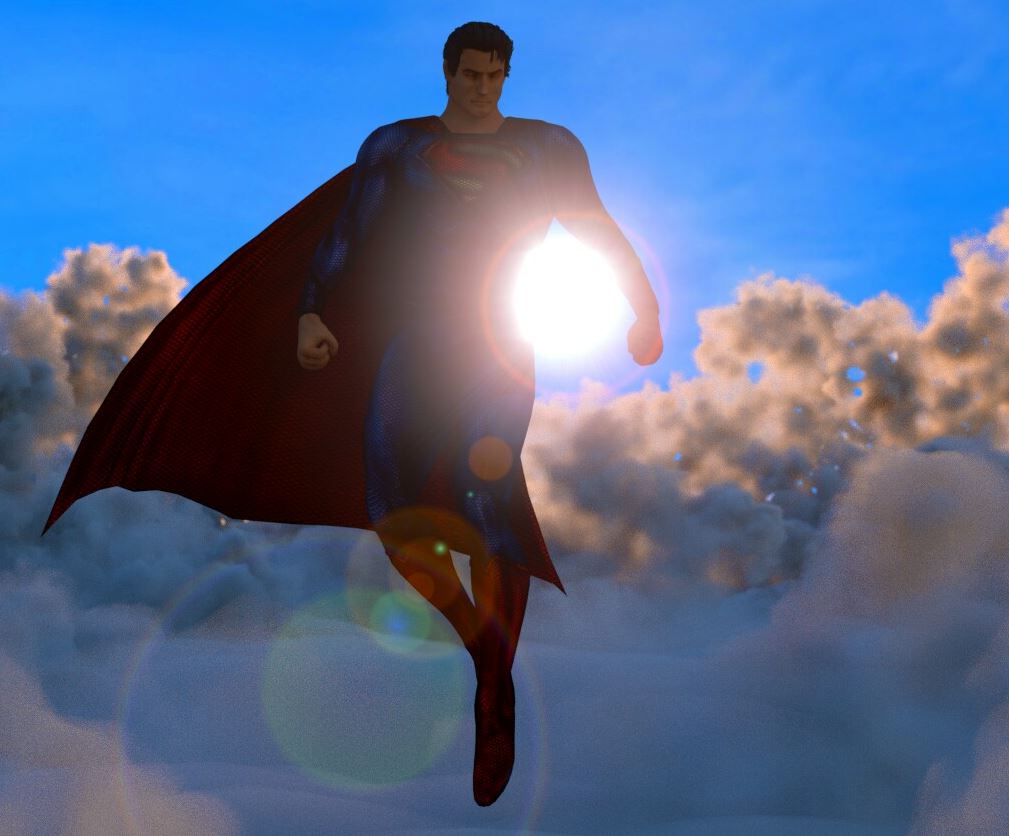 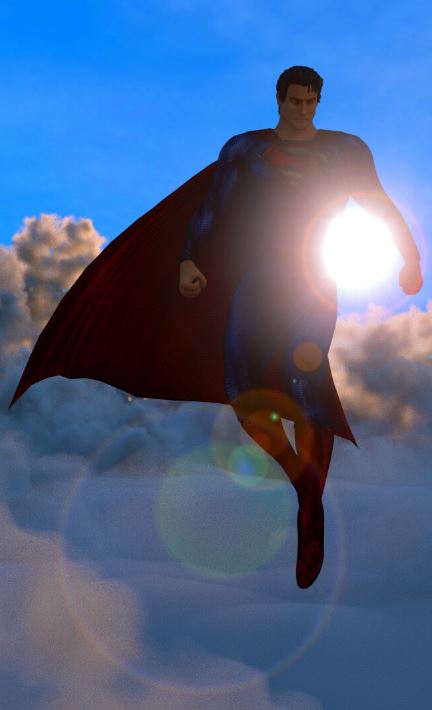 I think the cape would be a lot more translucent with the sun shining directly behind it like that.

Yeah i did use a skin texture, but seeing as superman looks like he has a severe vitamin D deficiency in the game, i decided to add some more saturation to a guy who gains his superpowers from absorbing the suns rays xD
Thanks for your advice on the composition, i’m re-jigging a few things to see if it makes any improvement and ive gone over superman’s suit a little and will work on the face textures.

Dont’ wanna sound like a d*ck but I would love for you to get rid of the classic PS Lens Flare. I see what you’re trying to accomplish but maybe there is another way? Something in the Blender compositor even, like the glare?