This Building is the Mauthalle in Nürnberg Germany from age 1930. 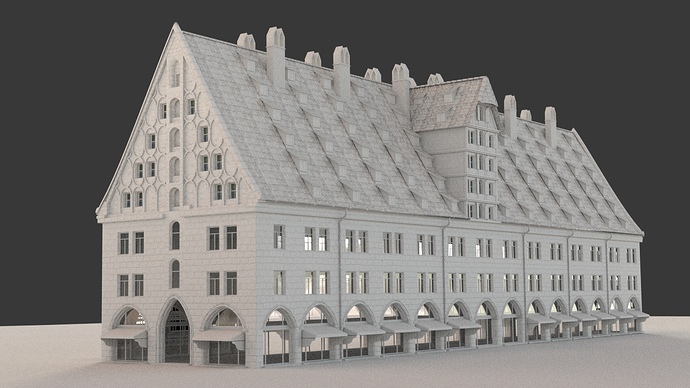 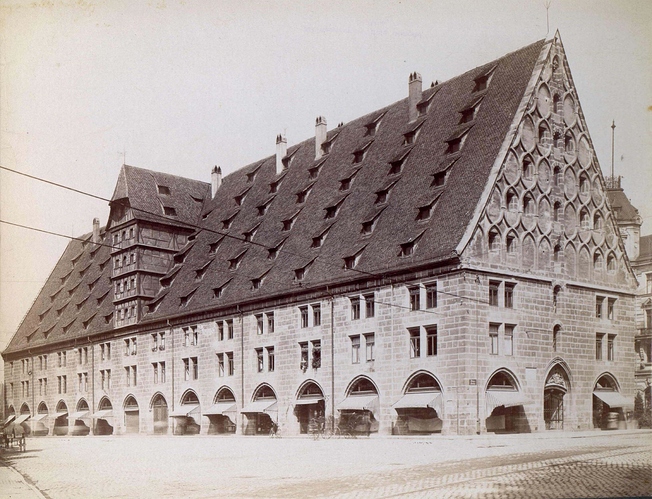 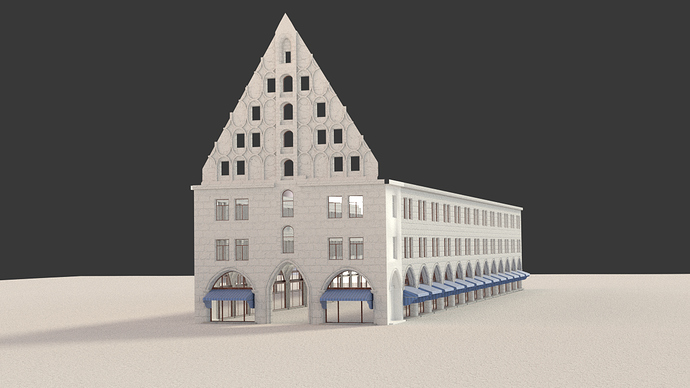 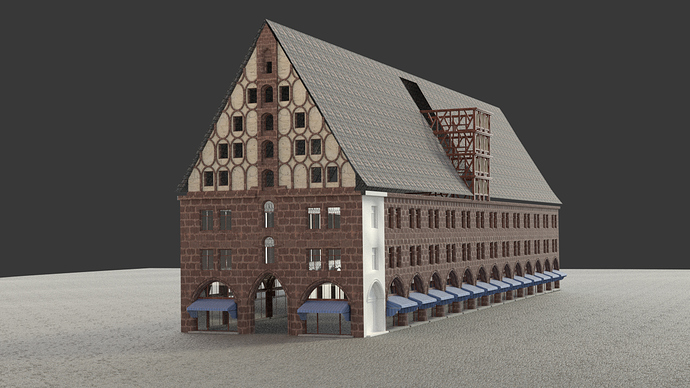 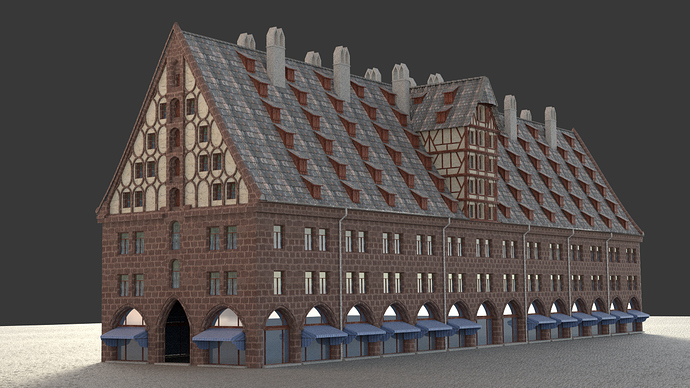 Glass was so expensive back then

Any problems with the array modifier?

Thank you! No, the array modifier works great. No problems.

Well done! An interesting and well made model. I wonder what the Nazis used the building for and what their relationship with it was.

I did a quick search and found this,-

“When city architect Hans Beheim demolished the inner Frauentor in 1498(since ca 1250 the penultimate city wall hadrun along here), a granary was built into the former moat. It was the largest (84 x 20 x 29 m) of the 12 civic store houses which guaranteed food supplies in times of crisis.
The three-storey sandstone structure had a five-storey dormer bay in its gabled roof. On the narrow ends, carts could be driven inside. Roof-top hoists facilitated the storing of goods.
The eastern gable is decorated by a network of blind ogee arches; the lancet-arched portal bears the city’s coat-of-arms(Adam Kraft, 1502). After 1572, the granary also served as weigh house and customhouse (Maut=toll). Since 1897/98, commercial use. During restoration in 1953, the half-timbered dormer was reconstructed in plastered masonry. The impressive cellar (26 pillars) now houses a restaurant.”

It’s very interesting what you’ve found.
I am working on an animation. How it 1930 might have been before the bombing.
Represented are set the Mautplatz and Mauthalle.

Its a very atmospheric townscape, but what ugly buildings there are around it!!

I wonder what it would have looked like at night, or under a cloudy sky, or in the rain?

Thank You Smith123! Yes the buldiings in the Background its realy ugly.
I have more old blueprints. If the customer says to I will work more.
A night scene is realy interesting! Maybe i will do

The texturing on the roof looks like it could be improved. You can definitely see that it is tiled (obviously it has tiles, but I mean the texture is tiled, not the tiles look tiled…)