Meg, the eldest of the four Poe Sisters 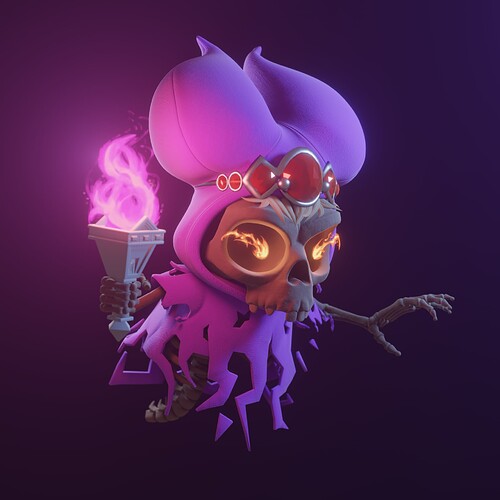 This is my take on Meg; the eldest of the four Poe Sisters from The Legend of Zelda: Ocarina of Time. I originally started this in hopes of completing it before Halloween but that turned out to be a little ambitious. So here we are a week later!

Everything was created primarily in Blender 2.93 with a little painting in Krita for the flames on the torch and eye sockets.

This project began life as sculpting practice on the skull, but quickly ballooned into this piece of fan art. I wanted to create something different from what I usually work on - something a bit sinister.

Two resources that really helped were:

# How to paint Stylized FLAMES! - Let’s Draw FIRE! #2 by Brandon McCamey
# How to Make Fabric Stitches in Blender (Couch Part 6) by Andrew Price