Microsoft has been ordered to share code and pay the largest fine in European history: 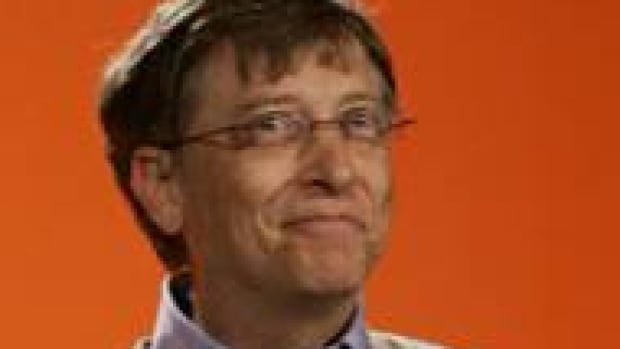 Microsoft lost its appeal of a European antitrust order Monday that obliges the technology giant to share communications code with rivals, sell a copy of Windows without Media Player and pay a $711 million fine (497 million euros) — the largest ever...

Interesting. Though they will likely appeal it.

Finally some good news in the software market

As much as I don’t mike Microsoft, this really seems over the top. So will they now sue Apple for including quicktime with there machines? I just don’t get the EU sometimes…

As much as I don’t mike Microsoft, this really seems over the top. So will they now sue Apple for including quicktime with there machines?

It ain’t over yet folks…

Microsoft has two months to appeal at the European Court of Justice.
“The Court of First Instance essentially upholds the Commission’s decision finding that Microsoft abused its dominant position,” the court’s statement said.

BgDM, that’s extremely misleading. It seems that nobody here bothered to read the article.
Ruling says that Microsoft needs to only release the protocol documentation.

*No code is required or needed.
*Just plain simple documentation.

They are getting pegged for the WGA spy ware they force users to use too.

releasing the documetation is the same as releasing the code. if they released the code, the result would be, after looking through it, DOCUMENTATION on how it works. I mean, it’s not like they’re gonna find some super brilliant code in there. Just a matter of knowing how it works. and with documentation anyone could reproduce their version of the code.

so it amounts to forcing them to release the code, which really bothers me.

As far as Media player, that REALLY bothers me. Just because some other company can make a media player, that shouldn’t mean Microsoft cant include theirs. So I guess Ford is not allowed to make GPS devices integrated into their cars, just because other companies want to sell GPS’s? that’s stupid. So I guess Dell can no longer sell monitors with their computers cuz others want to sell monitors? So I guess Gateway can no longer sell laptops with “integrated” LCD screens, cuz other companies are selling LCD’s for laptops.

It’s ok for a company to make a product and sell it to the world. everyone else is invited to do the same. they shouldn’t be obligated to explain to other mom and pop shops how they could build an accessorie and make money off them.

Isn’t this an Off Topic subject?

Well, the media player thing is pretty bad. It’s going to hurt internet video sites that rely on the Windows Media Player… though at the same time, it may help open source, quicktime, and flash based video sites. And only by a little. I’m sure most computer users know how to go to microsoft.com and download it themselves.

Well it doesn’t look like this will really hurt Microsoft for the long term at least.

They have the fine in Euros, but does that site have the amount in Canadian or U.S dollars (it’s a lot either way)?

I’m sure most computer users know how to go to microsoft.com and download it themselves.

You’re thinking too good about “most computer users”.

Most don’t know what to and where to find what on www.microsoft.com , let alone download and install it.

Isn’t this an Off Topic subject?

Well, the media player thing is pretty bad. It’s going to hurt internet video sites that rely on the Windows Media Player… though at the same time, it may help open source, quicktime, and flash based video sites. And only by a little. I’m sure most computer users know how to go to microsoft.com and download it themselves.

Too many sites are actually optimized for the media player causing incompatibilities with other players, disadvantaging “alternative” Os Users.

Like I’m on Linux and have partly great problems with windows codecs, although I have them all installed. Problem is they are closed source, and if sites or applications get optimized for them I am in quite big trouble.

It has always been a strategie of microsoft to create incompatibilities with other OS’es or Applications, and as a lot of programmers tend to programme for windows (some even don’t know it, like with earlier Java versions), it holds back alternatives of becoming mainstream, although their capabilities might be far better.

If this actually gets through, alternatives could at least react faster on microsofts new “standards” and compatibility would be greatly increased.

Actually, I don’t even think the actual punishment is THAT important. It is the fact, that there IS one which is more important for me. That means that MS eventually lost after years and years of no decision from the court. Of course they can appeal but still…

wmp, ok, but what about ie?!! thats the real gate-way for those viruses, the wmp just makes use of it to access the internet…

I don’t care about IE or WMP. What I care about is the documentation/code for WINMODEMS. I asked on the Ubuntu forum “What modem will definitely 100% work with Ubuntu?” - and got no reply at all! I’d like to use Linux but if I can’t get it on the internet than it’s a non-starter.

If you can install Linux knowing everything will work out of the box, because the Linux devs were able to look at MS’s documentation, that’s a huge leap forward.

yeh, i was just being sarcastic

i do agree it would be nice to get all modems and things to work, and that documentation/code can help…

@san_diego_james: The problem is not so much that it’s IN WINDOWS, it’s that fact that it CAN’T NOT BE IN Windows. Basically, you can’t get Windows and NOT get Media Player and get something else INSTEAD. See? You CAN buy a Ford WITHOUT a GPS in it. But try and buy Windows without Media Player or IE…

It’s like trying to buy a laptop WITHOUT a copy of Windows. Go to Best Buy sometime and try that!