Who here knows the serie lie to me?

For those unfamiliar, this series is based on facial expressions, many find that relies only detect whether or not a lie, but this well beyond that.

The expressions are universal, from simple housewives to suicide bombs, but also can help you even with women, see the video below for an interview REAL, and a part of the series lie to me explaining the term in a humorous

the title of the video is as follows, how to tell if a woman likes you

*The video features audio in English

Below you can see part of the game design already completed, Portuguese is the language in the statement, however I will put different languages ​​for selection, the functions will determine after the end of the visual

The visual system is ready, the photo shown was taken on the internet, however we have taken photos of models especially for the game. 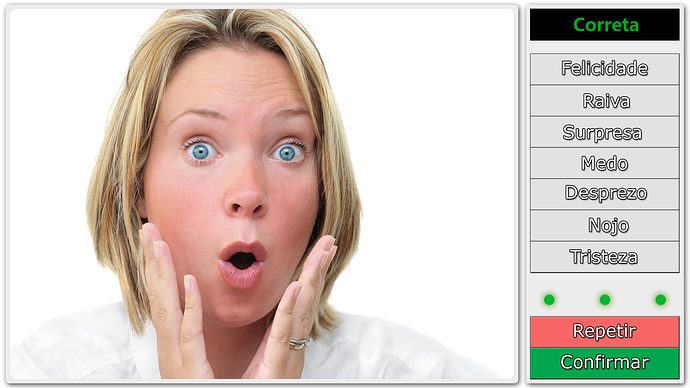 Starting the project in Blender, and already we have a chance to progress in the system, Clickable buttons and Language 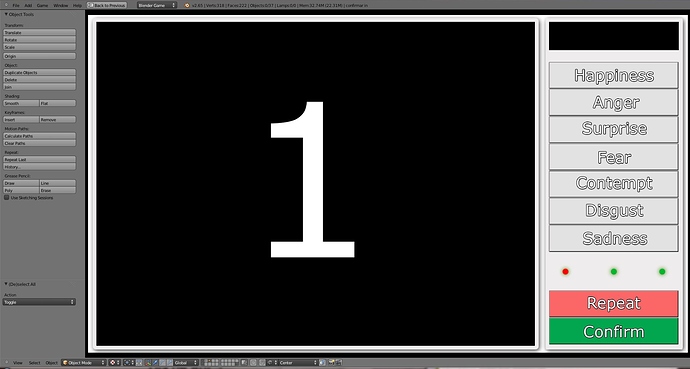 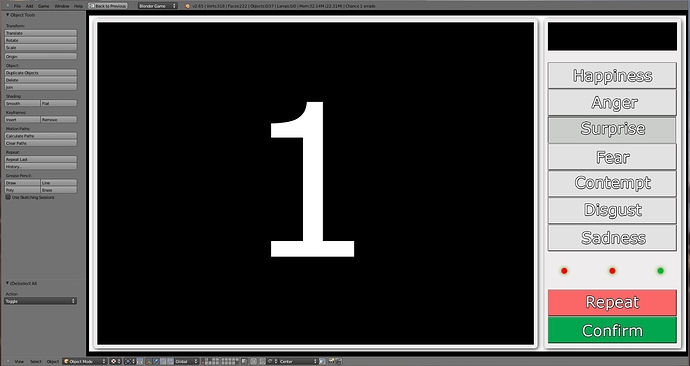 The video below shows a basic making of the game, and also a brief simulation of game play 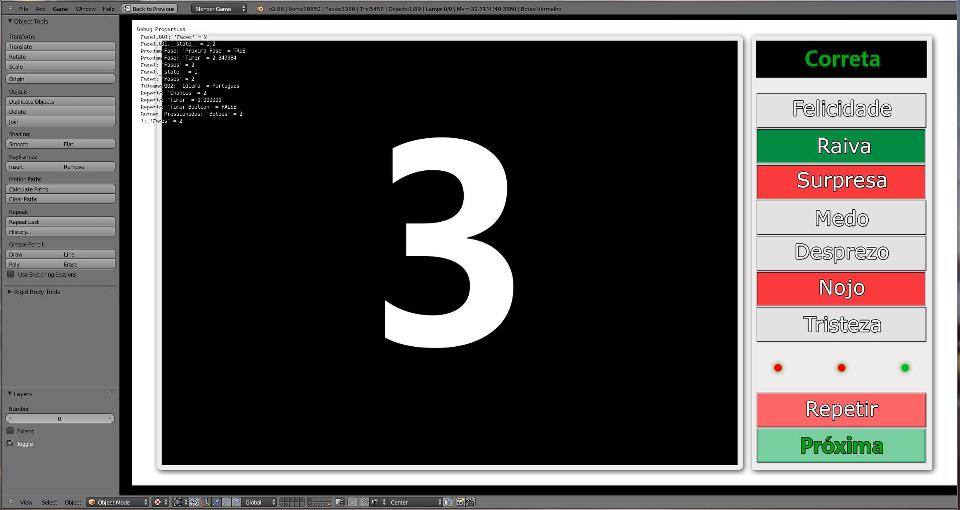 In the picture above you can see that a new stage has been added, and because of that the options have changed, the option was included in the next phase, the system is perfect and just small touches.

Demonstrated in the video, you can see the development of the game in relation to interaction with inexperienced users, the the game helps the preparamento During a new action in the case shown was shown to pre tutorial on how the game works.

The look may undergo some changes, but you can already get a sense of what the game.

hello everyone again, just good part of the programming menu and reboot already have a visual alpha, after 200 expressions this menu will appear with the status of the player during the game.

the images below u may notice that includes lively bar system to replace numbers, thus giving a look a little better, and a button that will support our facebook page 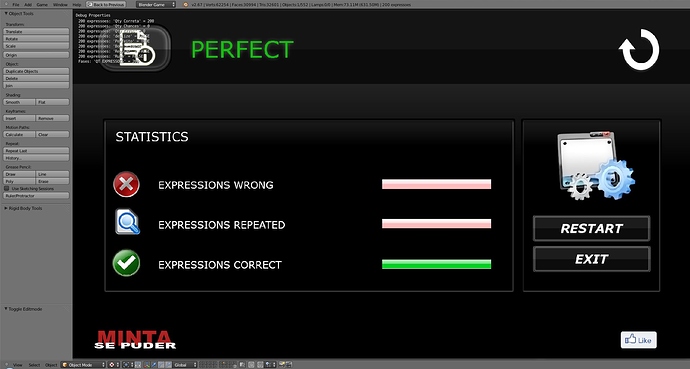 during correction of failures, I decided to leave the status menu with a more dashing
completion of the game coming to an end soon

You really shouldn’t translate your Portuguese text, literally in English!
You know you’ve got to place the adjective first, right? So it’d be Wrong expressions, or failed expressions, and so on.
The interface does look good!

You really shouldn’t translate your Portuguese text, literally in English!
You know you’ve got to place the adjective first, right? So it’d be Wrong expressions, or failed expressions, and so on.
The interface does look good!

the game would go through a final review in languages​​, but now I see that the name ceased to be review and passes the called sharp change rsrsrs

hello again, we are providing our first application created, demo versions and complete, and understand the purpose of the application, just watch the trailer just above CLOSED CAPTION and use in their respective language