I’ve been following Blender since Blender 2.49 was a newly released version(so for many years). I watched the Open Movies, read development news and even watched and read tutorials. But throughout those years I never really made anything in Blender myself(except for video editing). Now, I played around modeling some stuff, building a couple of rigs and animating once…

…but I didn’t do anything that I would call COMPLETE.
So I want to fix that by going through a Character Creation Pipeline. Here’s how I picture this:

Modeling —> Rigging —> Texturing/Shading
Rigging comes before texturing/shading because, just like with modeling I previously tried some rig stuff before and have some confidence. I never touched texturing workflow and Cycles(nodes in general).

I chose to model Sub-Zero off of Vincent Proce’s concept art for the unreleased MK8: 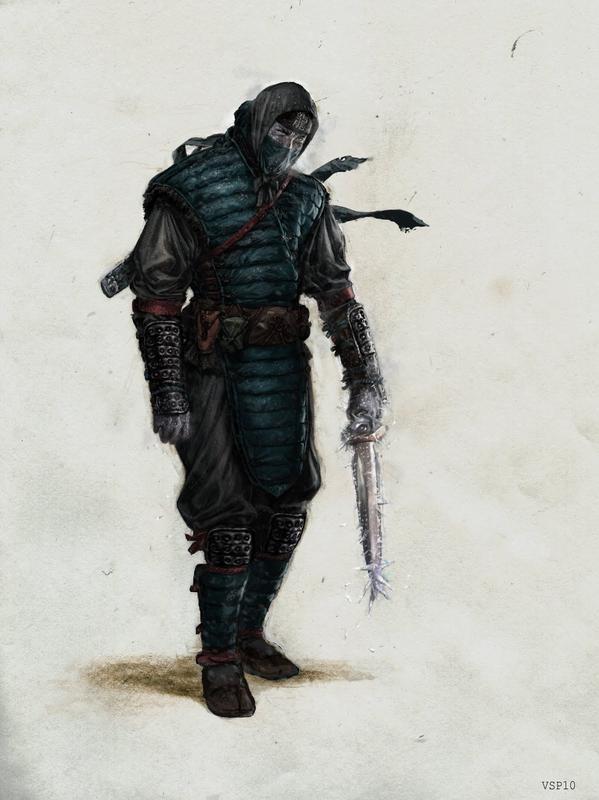 These are the pictures I use for face reference: 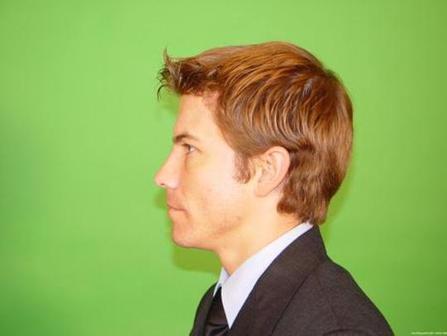 And so this journey begins with this WIP screenshot: Thanks, Diegonators!
Almost finished the head. I so don’t want to model the ears

Ears + some tweaks to the head: 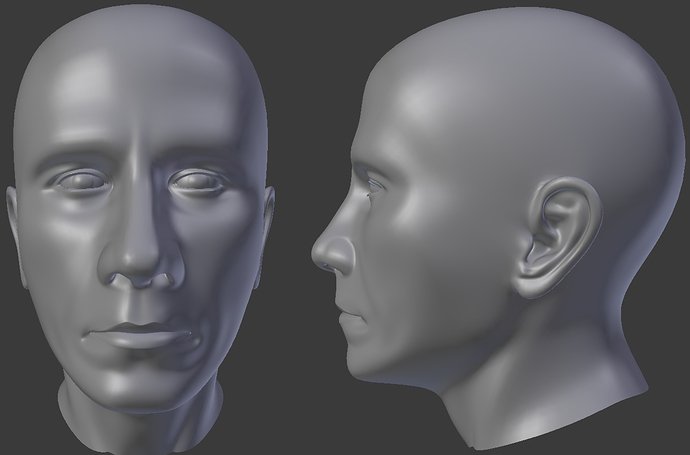 Ortho view would help) So… It is indeed an excellent start! Esp. if it is a first attempt.

You are missing the knowledge of the head anatomy, though. I can point to some things, but you would need a structural knowledge in the erea, otherwise your sculpts will continue being quite “not there”

Again, it is a very decent start, please, don’t be discouraged and just level up on anatomy

Thanks for your input! I’ll work on those points(although I struggle with the ear topology). Gonna work with better reference too. Will provide with ortho screenshots next time. Thanks again!

Used some other reference. I smoothed facial features after taking this screenshot. I already moved on to other parts of the character because endlessly tweaking the face is killing all motivation. I’ll have a final polish pass when character is whole anyway.
I’ll post screenshots on bigger milestones from now on. 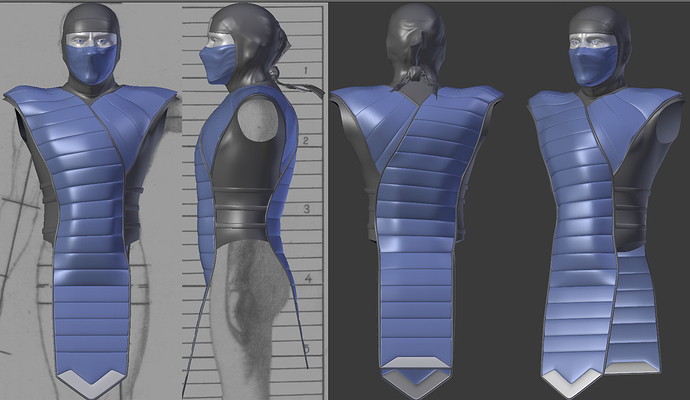 Thinking about redoing the flap thing from scratch. Topology is complex already and I still don’t like how it turned out.

I still want to see this through to the end, though. The end being a modeled, rigged and textured character.

Seeing a guy from ArtStation do a model from the same concept art I picked for this, kinda killed all motivation. I’m scraping this and am going to make another one from scratch based on my own concept.
It pains me though. I didn’t do, what I set out to do. Damaged confidence