Model doesn't move after generating and parenting the rig.

Character nog moving after generating the metarig and afterwards parenting via auto weight painting the rig to the mesh.
Anyone knows how I can solve it?

I’ve searched the internet, something with applying a mirror modifier, but this deforms the original character. 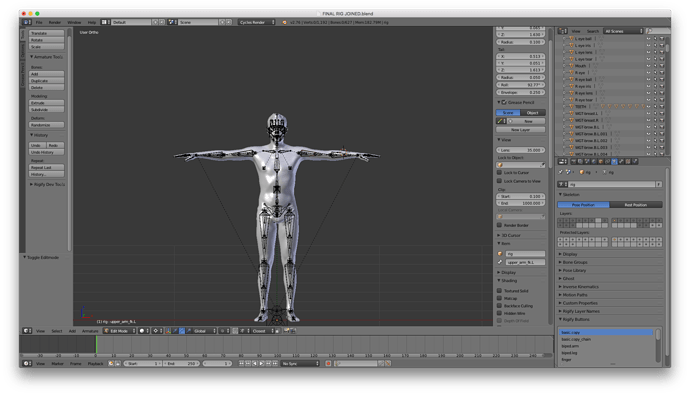 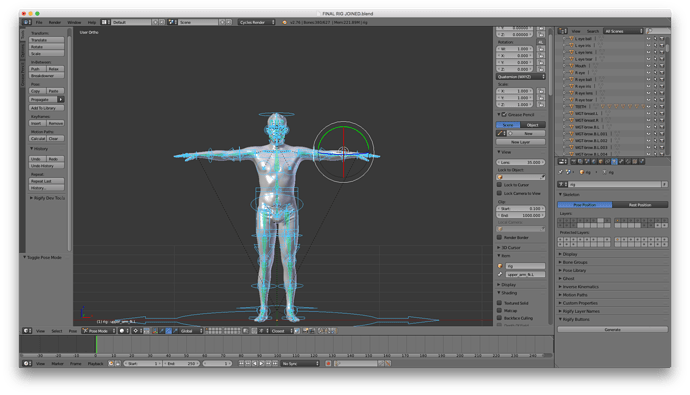 I think you will need to post your blend file it could be many things causing it. Apply the mirror modifier before parenting and allocating weights for starters and see if that helps.

Thank you for your answer. Will try it out, thing is i’m a big noob. haha

Here’s a link to the blend file.

There’s the original file and also a file with only the meta-rig.

Ok, thank you for the help.

Originally it’s a scan of me, that has been retopologised (atleast that’s what the scan-guy told me), I’ve paid him 250€ (277,69$) to retopologise and make a rig that I could use in Blender. First he was telling me to automorph the model in DAZ studio, make the poses I wanted for the model and export it as .obj to blender. I didn’t want that, because it was too much of a hassle for me. I want the freedom of posing in Blender. Then he made me a rigged model (that’s what I paid him for), think he just exported the rig of DAZ as a .dae file… But I didn’t find it very handy and it didn’t have any jawbones, so tried to make one myself using the rig in Blender, which failed. Haha, lost so much time already…

That sucks! Got your pm, I didn’t see a link for the other files, if you send me everything you have in a drop box link I’ll have a look over the weekend, I’m pretty busy so can’t promise anything but let me see if there is something quick I can do to help out.

What do you need it to do, be able to pose it and basic facial expressions ?

WIP, almost there, I need to find some more human eyes and tidy it up but it’s pretty much rigged should have it done in the next couple of days just fitting it in between other stuff. The person actually did a really good job of the retopology with the low poly mesh you had, just wasn’t set up for blender that’s all so a few bits were flipped etc and had to jiggle things about a bit and weight painting the face is always a bit tricky it rarely auto weights without a bit of manual intervention. I used blend rig, I’ll add how to install it when I’m done as well, it’s really easy will make some better cycles materials for the skin as well.

I left it asymmetrical so it looks more realistic. 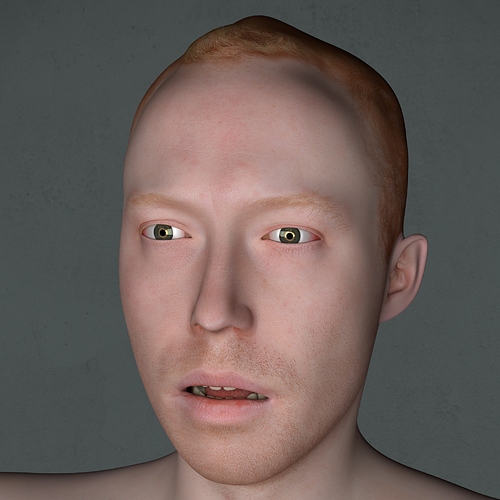 PM’d rigged file, made you some simple clothes as well

See how you get on, homework is make nice SSS skin shader and proper hair

I just fixed the textures etc. and put basic roughness map on so it looks a bit plastic. 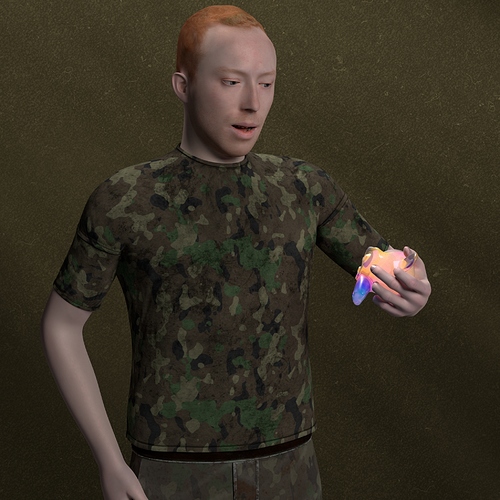