Modeling In A Knit Pattern

So I’m trying to replicate a style of 3D model at my current job. The only problem is, I’m kind of tasked to do this in a matter that it doesn’t involve me using the same software as the original people tasked with this. It’s a 3D model wrapped around a knit pattern on the mesh itself. No materials or any fancy node, shaders etc.

I’ve only ever tried to model thru subdividing and basically box model so far. And I’ve only just recently learned about array and curve modifiers that somewhat replicate it close enough. But I just wanted to see if there are any other ways to achieve this same result in hopefully less polygon count. Because 10 million faces really takes a toll on my system even just through navigating.

Any suggestions would be welcome! If it’s something I can learn even if it’s complicated I’m willing to sit down and learn it but I don’t wanna say it’s impossible to do. 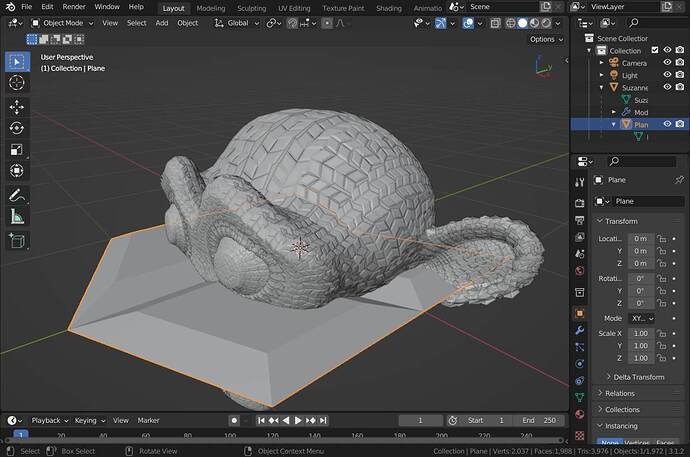 But you mat look into: docs.blender manual: Tissue Addon

yeah, calls for Tissue a bit, but then you’d need VERY evenly sized quads all over.

I’m not really sure what the purpose of this task is, so forgive if my solution is no good for you. Would it suffice if you baked a normal map from the high poly mesh and just modeled a much lower poly object without all that knit geometry and applied that map to it? If you subdivided the model enough you could probably get actual displacement as well. This isn’t terribly complicated and it’ll be kind to your viewport. It’s a very common technique in game development and there are loads of tutorials on just how to best go about it.

Otherwise, yeah, this pretty much calls for geometry nodes, and that would be complicated.

It’s kinda easy and not at the same time.

I’ve built this chair and pillows like that:
Morocco Armchair - FREE 3D model on Behance

It takes practice, but you can built stuff like no one else with this method. I strongly suggest refining the method on some simple model so you understand how to place seams and pattern well before trying to build it.

Your job is bit more difficult than a pillow, so I hope you’re asking a lot of money for that!

unfortunately, no. I kind of need to replicate the knit pattern without any maps because it’s gonna be used to 3D print it in a large scale. the sample that has 10m polygons came from the factory

I did something similar a couple years ago for a Dobby model I made for 3D printing. 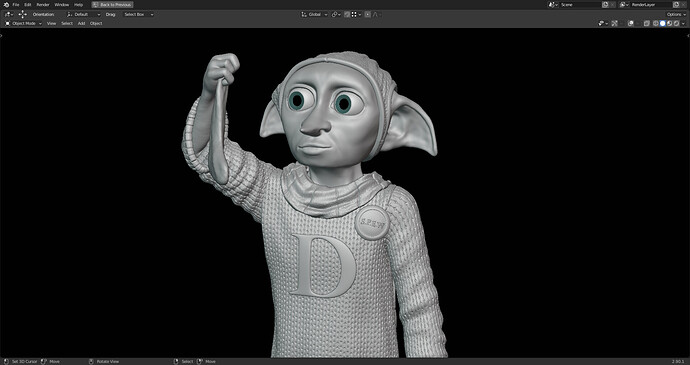 The method I used is as follows:

It’ll be dense, but there’s almost no way round that. The final model can then be exported as an STL, with the details all hard baked in.