What would happen when cola extinct.

This is my first attempt to make a bottle though, but I am very bad in finishing projects. 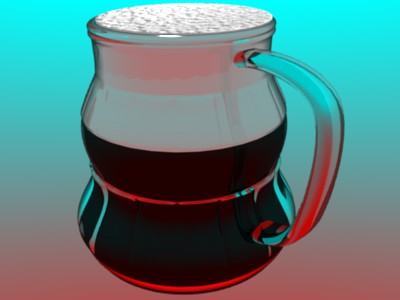 It looks more like a pitcher or a mug than a bottle, but it still looks good. The foam at the top is a bit unnatural looking, though, as it’s flat at the top. Look at some photos of beer mugs, and you’ll see that the foam either curves upward in sort of a dome shape, or forms a shapeless lump at the top which spills over the sides.

maybe the handle could have those curves that make holding it easier?

my suggestion is to use a displacement modiifier on the top

also, try to fiddle with lighting (eg: [3 point lighting](http://www.3drender.com/light/3point.html)) - use spots *(and a ground plane wouldn’t be too bad, either)
you could also use theRule of thirds to make the picture more visually appealing

ok
my suggestions are done

It had to look like a mug or actually a pint. Its shaped from 33 centiliter to a 600 centiliter.

I have to look at a tutorial for beer foam, mine is a bit the first trial, it is also a normal displacement.
Though my foam is looking like it is skimmed of and I do not know yet about particles enough to let it look like foam, or liquid stuff and so on.

I am also going to look for an original beer pint handle.

I think the scene is going to look more realistic but I thought of working out more details first
and maybe even doing the shape of the bottle again.

It takes more than an hour, but there is progres with it. If anybody thinks to know how to make
foam from particles, mine crashed with rendering, though I tried to render the 100th frame
I have more trouble with that when I try that out, also with softbodies, it seems that blender
is not being able to do that. 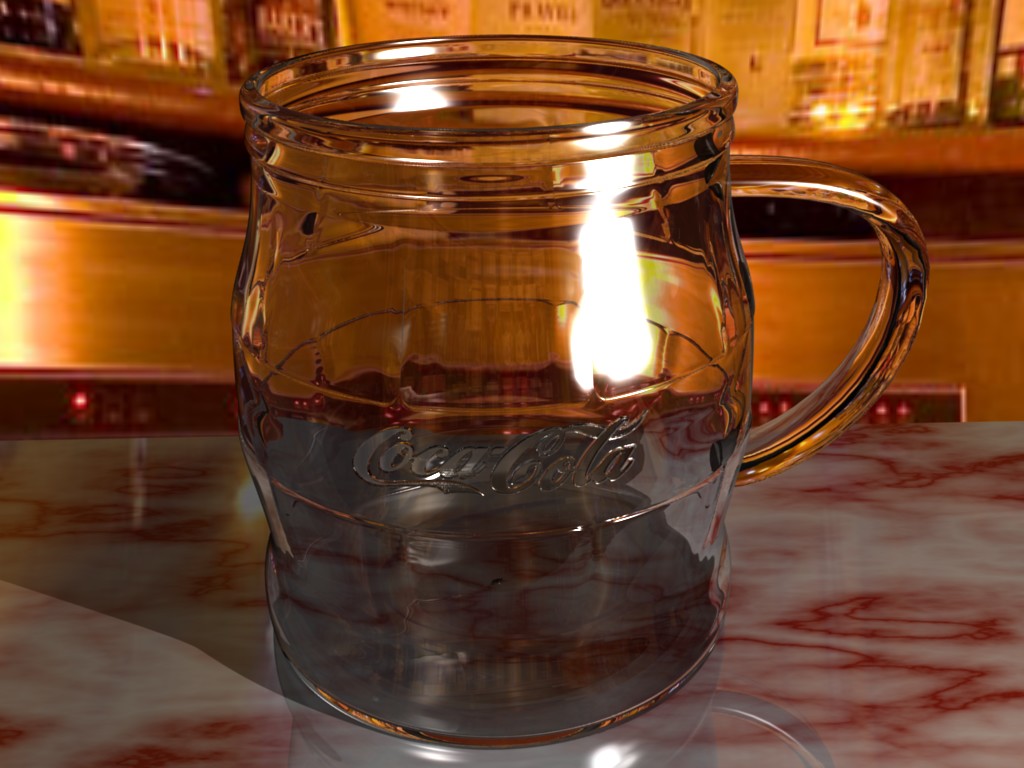 Use MetaBalls for a quick solution to your foam modeling.

I think that the foam might work with a particle System: Set the display mode to “Object” and link the particle system with a sphere. The Texture should be transparent /translucent with transparent shadow.

But thats just theory, i never tried. I fear that your computer might kill himself, it sounds a bit… computation intense…