For a small game project I was attempting to make a modular wall, including rounded parts. The straight part is quite easy, now however I’m struggling with seamless rounded parts. I thought, in order to bend it by 15 degrees, it would be best to repeat it 23 times, because 24 * 15° = 360°, then bend the array of wall parts around a circle. However, that leaves me with a noticeable seam which I had hoped to avoid… See the following screen shot. 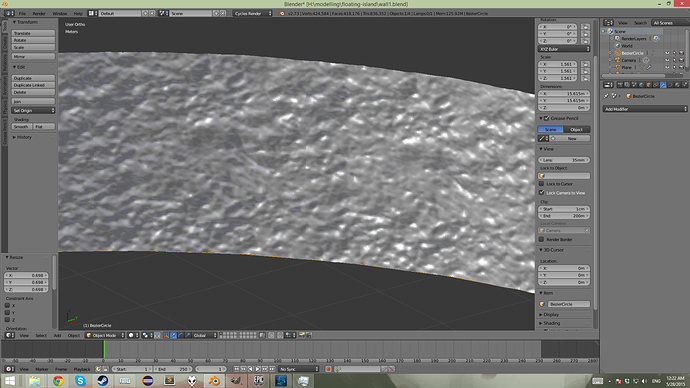 Does anybody have an advice for me, or maybe a tutorial or other reference resource?

Thanks in advance for answers!

Edit: Well, I fixed it. I forgot to rearrange the modifiers… first the array (with merge enabled), then the displacement followed by the curve modifier and now it’s looking all as intended.