Worshiped by the weak as a deity for the extent of her powers, but her wickedness is the only part of her that finds no limits.

This is one of those pieces that finds itself in the middle of chaos, what I mean by it is that, I started this project without a specific goal, but instead I let inspiration and creativity drive me through the making of this. I could say that it’s also very inspired by Simon Gomez’s Lily. 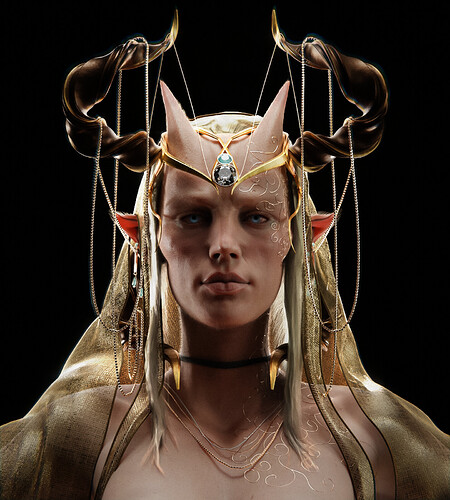 Specular render, which I feel looks very beautiful and It’s also nice to better see the golden details on the body, which were made using the anotation tool to draw the lines and then convert them to curves. 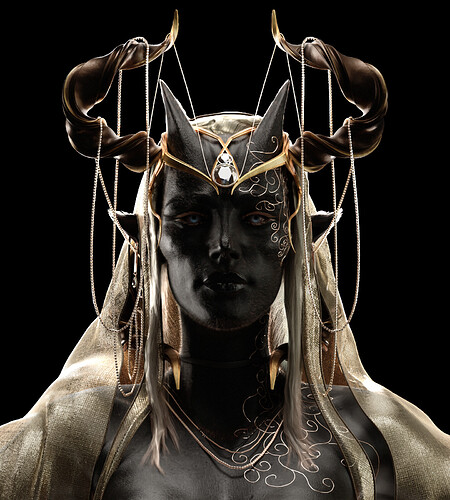 Below some screenshots taken during the process. Hope you enjoy it 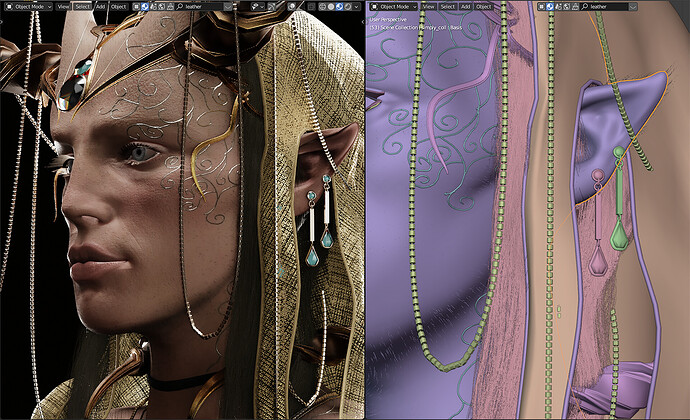 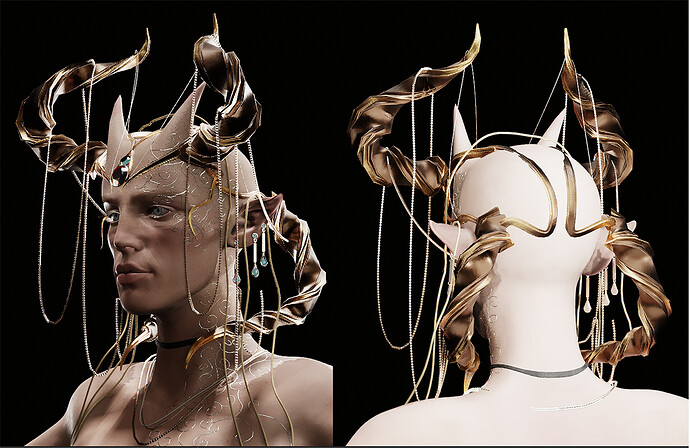 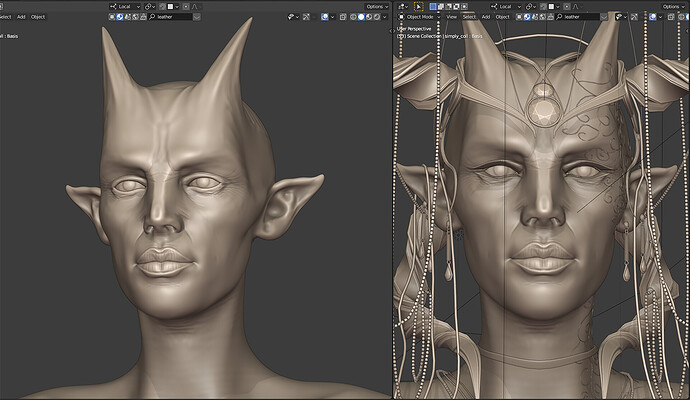 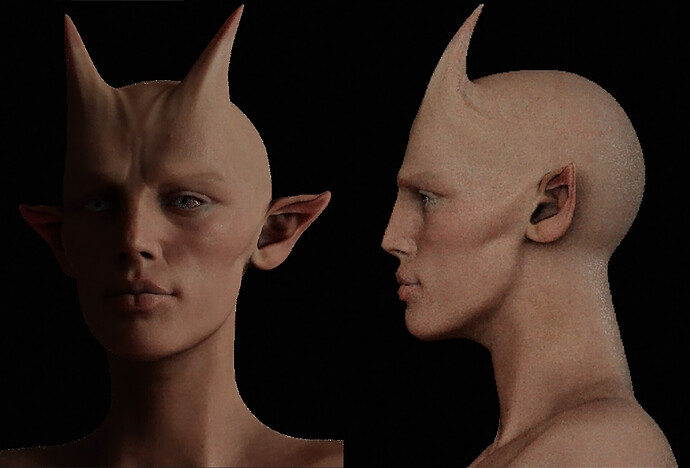 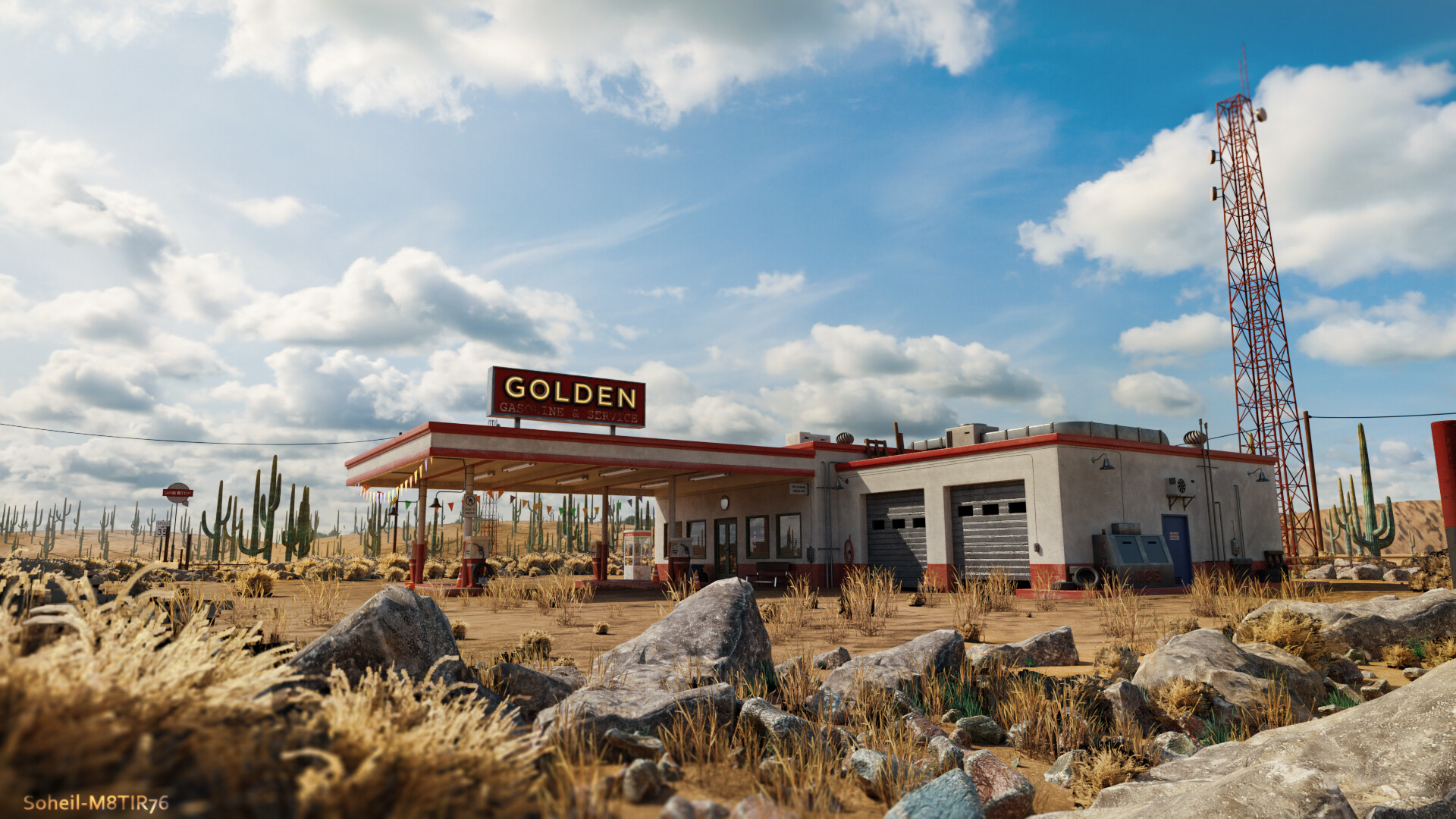 Thanks mate, I really appreciate it!

The only thing that I might suggest here is: “catch-lights in the eyes!”