I posted some early drawings of her in here already, but here’s a first attempt at a full body figure drawing of her.

The head is too big for the body, I’m still tryig to find proportions that work well.

I’m still far from happy with the hairstyle, and I think I’m going to work on redesigning that from scratch.

In hte first drawing I posted her eyes were too far apart, Now I think they may be a little too close together.

Her design is supposed to kind of suggest a military look but still pass for civilian clothes, mainly due to the role I have in mind for her.

I really want to figure out a 3D package because I want to create animations featuring her and the other characters I’m working on, and some of the stuff I have in mind is definately in the realm of CGI (bad guys that disintergrate into clouds of dust for example), but I just can’t get anywhere at all with Blender. Maybe I ought to look at the free version of Maya, or maybe 3D in general is just extremely hard to get into.

Anyway, here’s the image, comments are as always welcome. As is advice on Blender for total newbies who forget all the hotkeys after a week and who is always surprised when clicking the mouse buttons cause things he didn’t expect to happen 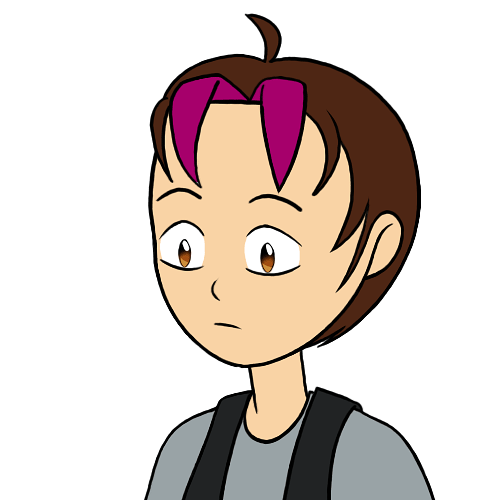 Yay, somebody finally replied and it only took 95 topic views

I’m really not worried about posing her at this stage becaus I’m just trying to get a character design down. Maqybe when (if) I get as far as a script or storyboard then it’ll be time to draw more dynamic shots.

Of course I’d love to be able to model her in Blender and then pose her with bones but I don’t know where to even start. The stuff I’m reading and the videos I’ve watched just don’t want to seem to sink in