Hello Blender community, my name’s Jonny and I’ve been using the program for half a year now, so I’m fairly new to video editing and such.

Recently I bought a Sony HDR-PJ200 so I could practice doing some video tracking in Blender and I encountered a problem such that my videos become distorted intensely when put into Blender’s VSE and clip editor, however, they playback perfectly fine as a normal video in windows media player. I tried rendering the video file into multiple images instead, wasn’t too sure how much I should change the frame rate but doing that didn’t appear to change much other than making the images blurry.
It’s strange because also when I zoom into the clip in blender the image changes from stretching the pixel colours into straight lines, to making them uber blocky when zoomed out.

Oh and it isn’t just with this one video that I have, for some reason it occurs with all the videos I recorded on the Sony video camera.

If anyone has an idea or suggestions or links to a thread that reads as to why this happens I’d be pleased to hear back from you.

I’m very anxious to get this working! 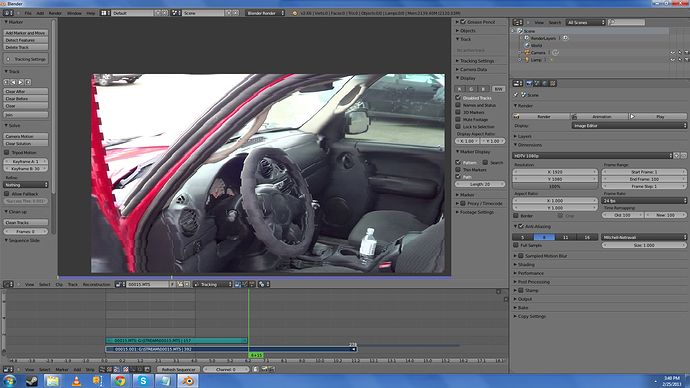 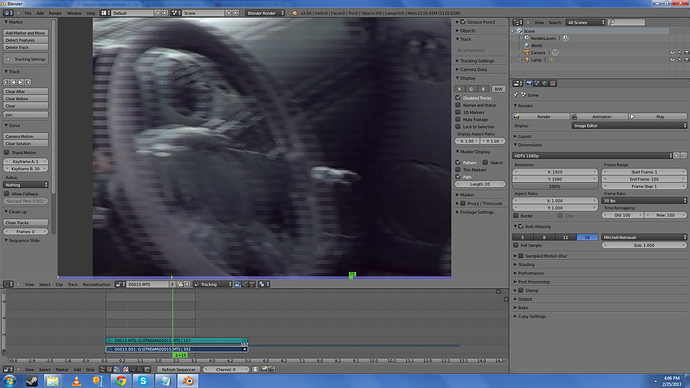 Your video is interlaced, you need to de-interlace it first (loose 1/2 resolution sorry).

Interlaced video is a technique for doubling the perceived frame rate of a video display without consuming extra bandwidth. The interlaced signal contains two fields of a video frame captured at two different times. This enhances motion perception to the viewer, and reduces flicker by taking advantage of the phi phenomenon. This effectively doubles the time resolution (also called temporal resolution) as compared to non-interlaced footage (for frame rates equal to field rates). Interlaced signals...

I think at HD resolution (1920x1080) that camera interlaces at 60fps (ie, not true 1080p). You need to tell Blender that the footage is interlaced and not progressive. Unfortunately I haven’t had to deal with this in a long time and not in front of my Blender machine, so at the moment I don’t know where (or if) you can do that in 2.65+. As I recall it was usually better to de-interlace before opening in Blender.
h

Perfect! Thank you 3pointEdit & CD38.
After reading your reply I went onto deinterlacing the file and now it works awesome!

My video camera does that. Pretty much what it means is the video needs to be converted using VLC or another program. Then use the converted one. I never use the original straight from the camera.

Blender’s VSE can deinterlace footage but you still have to import that render into the movie clip editor or compositor. Other apps can perform better deinterlacing as Blender just skips alternate (second field) lines.