My computers is good but Blender always freezing, unresponded and render is too slow

Hi. I have very annoying problem with Cycles Blender render and with constant freezing, when working with little bit more complicating scenes. Despite i am using Cuda GPU and i have good computer - 16 RAM+ Nvidia Ge force 860M, render time is so long that it wil take
whole my life to render 10 seconds animation. I have adjusted render settings so it should reduce render time,but its not.
For example i was trying to make short 6 seconds animation where camera will fly (fly mode) throughout my cave. First of all, once i tried to drag timeline from 0 to 6 second, Blender starts freezing and becomes unresponded.
Then the same goes when i press record button for camera animation, Blender goes out of order and unresponded for 1 minute. Eventually i had to dismiss idea with fly mode camera and i set keyframes for the the camera manually.

Whats going on guys? Is Blender really so slow and horrible or i am doing something wrong?
Is something wrong with my composition, is it too heavy? it should not be because its only long cave with emitted mushrooms ( mushrooms multiplied in particle system) and few crystals with emission and ice texture.

In After Effects + Element 3D i used to make a lot lot heavier compositions and everything works and rendering 20 or more times faster than in Blender, let alone that in AE i can preview animation while working with it fast and without render.

I have decided to learn Blender not for rendering default cube, but for serious purposes, which i cannot achieve if i am using only after effects+Element 3D. But after starting in Blender this program already put me off.
Maybe i should change Blender to Cinema4D ? because of very slow render and freezing each time when working not with default cubes but with serious compositions?

So with this settings (look at my picture) render result was - 6 minutes and 31 seconds per one image. How much does it take to render at least 6 second animation?!
In Element 3D for example i made 3D forest with lake and camera fly and it never freezed during my work and rendering of 30 second composition took just 40 or 50 minutes. But in Blender one image (not a second) takes more than 6 minutes.

Is there any chance to make my work in Blender more faster without freezing when dragging something on the timeline, when recording and without life-long render?

Thank you, guys. I will appreciate any responses, as far as now i am hesitating weather learn Blender further or drop it and seek for another program… 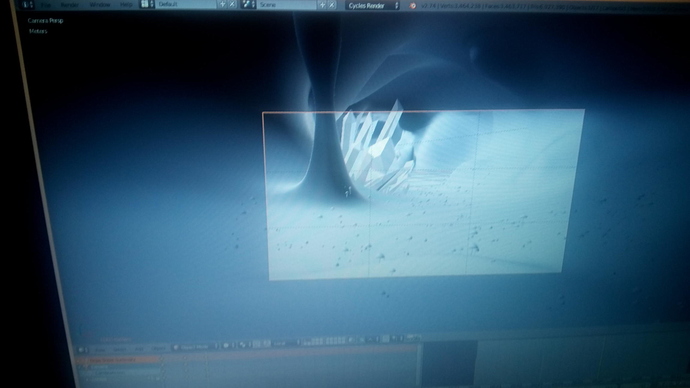 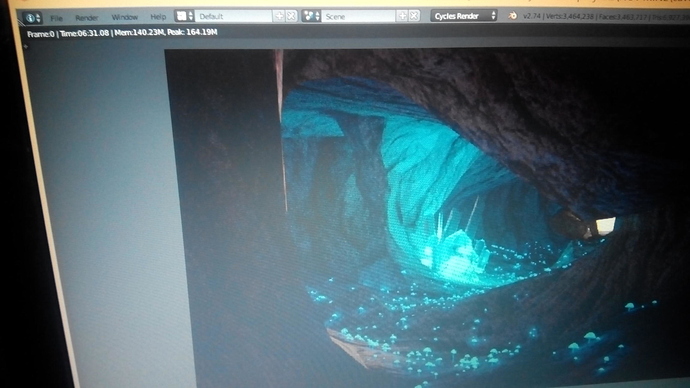 Given the fact that your GPU has a “M” in its name, I take it you’re working on a notebook?
You need to understand that a notebook is hardly suitable for demanding 3D rendering tasks. Especially notebook-class graphics cards are nowhere near as powerful as their desktop counterparts and I wouldn’t be surprised if your notebook actually rendered faster on using the CPU. A notebook will always mean sacrificing computing power in favour of low energy consumption and low heat.

Anyway, 6 minutes render time per frame is actually not bad. What did you expect? Rendering hours worth of frames in mere minutes? Sorry, but that’s not how it works. The sheer amount of frames necessary for any animation will quite likely mean rendering for days, maybe weeks at a time on a single machine, be it Blender or Cinema 4D… If you want fast results, consider using a render farm.

BTW, a “screenshot” doesn’t mean that you actually make a photograph of your screen. It means hitting the “Prt Scr” button of your keyboard and using the resulting image file…

Your screenshot shows a polygon count for your scene of about 3.5 million - that’s not trivial for Blender’s viewport.

My result for your BMW was 3 minutes 45 seconds.

@IkariShinji
Yes you right, this is notebook. But still, firstly, if i am using Element 3D (after effects) I can render 20 times faster than in Blender.So why such a big difference?

And secondly, why i have started to learn Blender is because i thought that one day i will be able to not only make such a great scenes like somebody posting on youtube, for example this - https://www.youtube.com/watch?v=pzkUtLqYA2M but also render it, rendering its not less important than project itself, without rendering your job will not be visible…So how for example this youtube project was rendered, how this guy managed it. in my case it would have taken ages to render it. I dont think that he used any farms or how you call it. ???

Comparing Element3D to Cycles means comparing apples to oranges: Cycles is a full-fledged global illumination pathtracer, while Element3D is - to my knowledge - using simple OpenGL rendering… If you don’t need the enhanced realism of a pathtracer, by all means use Element3D. But if you want or need pathtracing, unfortunately there’s no way around the render times.

It’s impossible to say how the video in that tutorial you linked to was rendered.
Perhaps its creator is just more patient than you (;)), perhaps he has multiple powerful GPUs in his machine (which will add up in render power). Or maybe he rented a render farm (like e. g. Render Street) - they’re not that expensive any more. Anyway I’d take a wild guess and say that his scene resolved much faster than yours (being an outdoor scene) and therefore likely needed much fewer samples.

Ever heard of the “triangle of production”?
Think of a triangle with the corner points “high quality”, “cheap” and “fast”. Of course you want all three of those, but unfortunately you can always only have two of those (one side of the triangle) at the same time in any productive process.

This also applies to rendering animations:
If you want it cheap and with high quality, it won’t go fast, as rendering will take forever on the available hardware. If you want high quality in a short period of time, it will be expensive, because you have to pay a render farm or buy additional beastly hardware to render it yourself. And if you want it cheap and fast, you will necessarily have to make compromises concerning the render quality…

OK,thanks, its seems like solution is render farm or at least i should have bought notebook with Nvidia GTX 970M…(PC, desktop i dont want because i am always in travelling). I have recently bought new computer it was relatively cheap - 730 GBP, but very good for characteristics and quality, but seems like it only will be fine for creating projects without rendering (which is bad)… i will be looking for way to import obj projects from blender into other program - After Effects or anything else to achieve faster render there.