k so i’m supposed to create my own monster for my mythology class, so i’m creating it using photoshop and imagination. its in the very beginning rough stages, and i want it to look amazing when its done. so any advise is welcome. oh, and btw, i am still very n00b at photoshop. tell me what you think =D 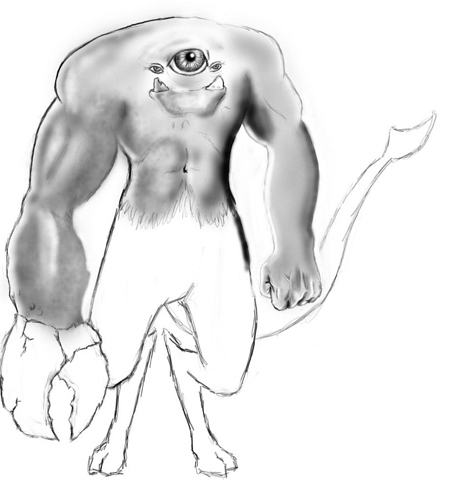 Not bad so far! I like the tone on the arms so far - I’m trying to teach myself to digitally paint a skin texture with the GIMP and it’s not easy. The big cyclops like eye in the middle gives me a bit of a Ray Harryhausen vibe.

thanks anayo. i really didn’t intend for the arms, they just sort of happened. but i really like them too. and if i knew who that was, i’d probably agree. lol

thanks anayo. i really didn’t intend for the arms, they just sort of happened.

Haha, looks like we have a natural artist here. =p

not much to crit considering its just starting out.

a little bit of an update.
for now, i’m going to keep coloring him in black and white, but when i’m done with all the details, i’ll color him. or i’ll turn the background into b&w.
tell me what you think =) 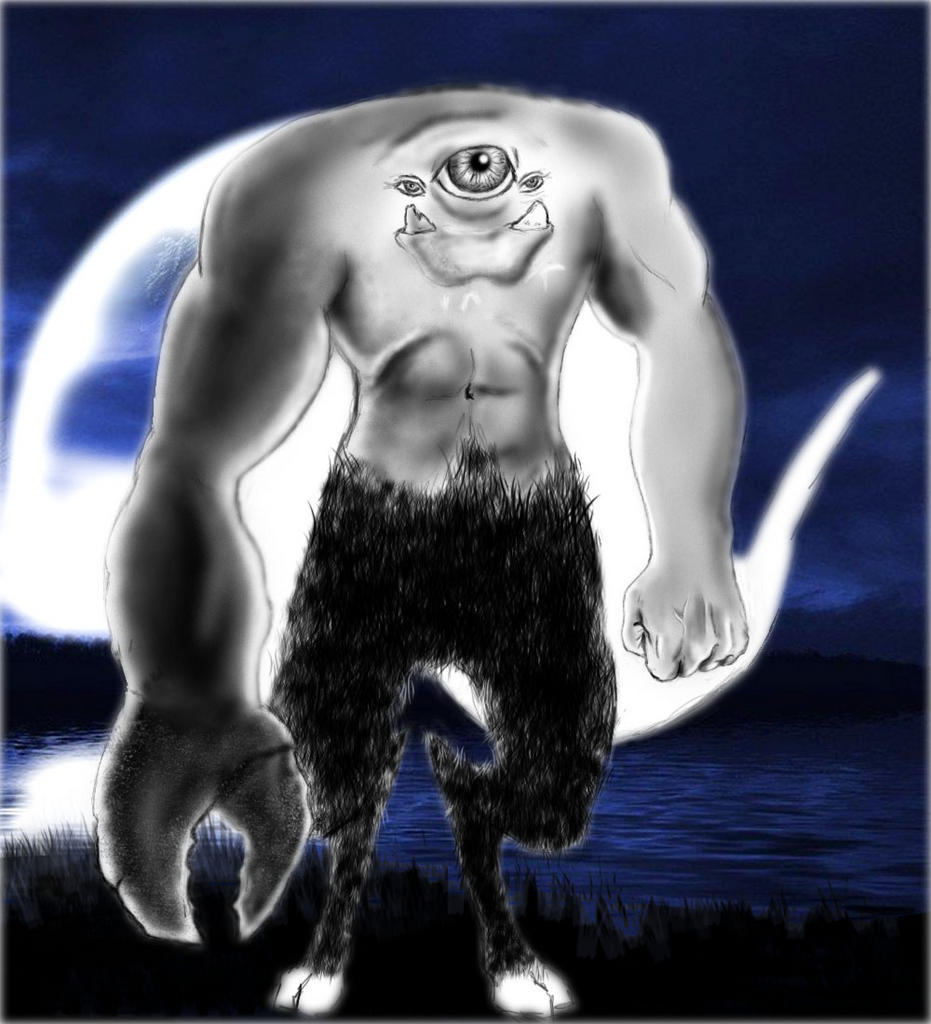 He looks like a half rock monster mixed with a …Never mind…its a ROCK LOBSTA! lol sorry i love that song =P

It looks like a rock golum that lives in the sea

i really love the hands…Did you follow any tutorials for this?

no tutorials so far…
except for one i saw a while back that teaches how to create brush presets.

oh and i am also supposed to come up with a story of how he came into being and what he, as a monster, does, or is responsible for… so i came up with his eye. thats how the whole idea came to be…

you see, with his eye, he creates the aurora borealis effect… i haven’t come up with a story on how or why he does it… thats all i have for now…
any ideas are welcome =)

!
in order for the scene to look more professional, you should put light on the object you’re trying to portray : eg: moonlight, underlighting, etc - create some invisible lamps (use your imagination ) and point them at him, then add highlights and shadows from these lamps. Also, the claw is dark so it might blend in with the background too much, so, try to add more lighting to it and maybe some highlights too ( you want to have a good contrast between the foreground and the background)

see if you can give him some color (even if its a dull color) and light him (set a huge soft brush to “soft light”, “dodge”, or “add” at about 10% opacity) and give him highlights (eg: wherever the moonlight hits him (probably ontop of his shoulders and his head)
this will make him “pop” from the scene and really stand out

- it works well for smoothing out cuts. However, if you can’t get a good look with the feathering, you can just use the blur tool to remove any sharp edges.
hope that helps…

thanks AMDBCG. i really appreciate your input. however, before i got your reply, i had already finished it. (i think)
i’m pretty sure i’m done, so tell me if you think i should do more to it.
otherwise… TADAAA!!

so yea i’ll have his story up in a few days, and if anyone wants to contribute to my ideas, go ahead.

wellllll… here he is! 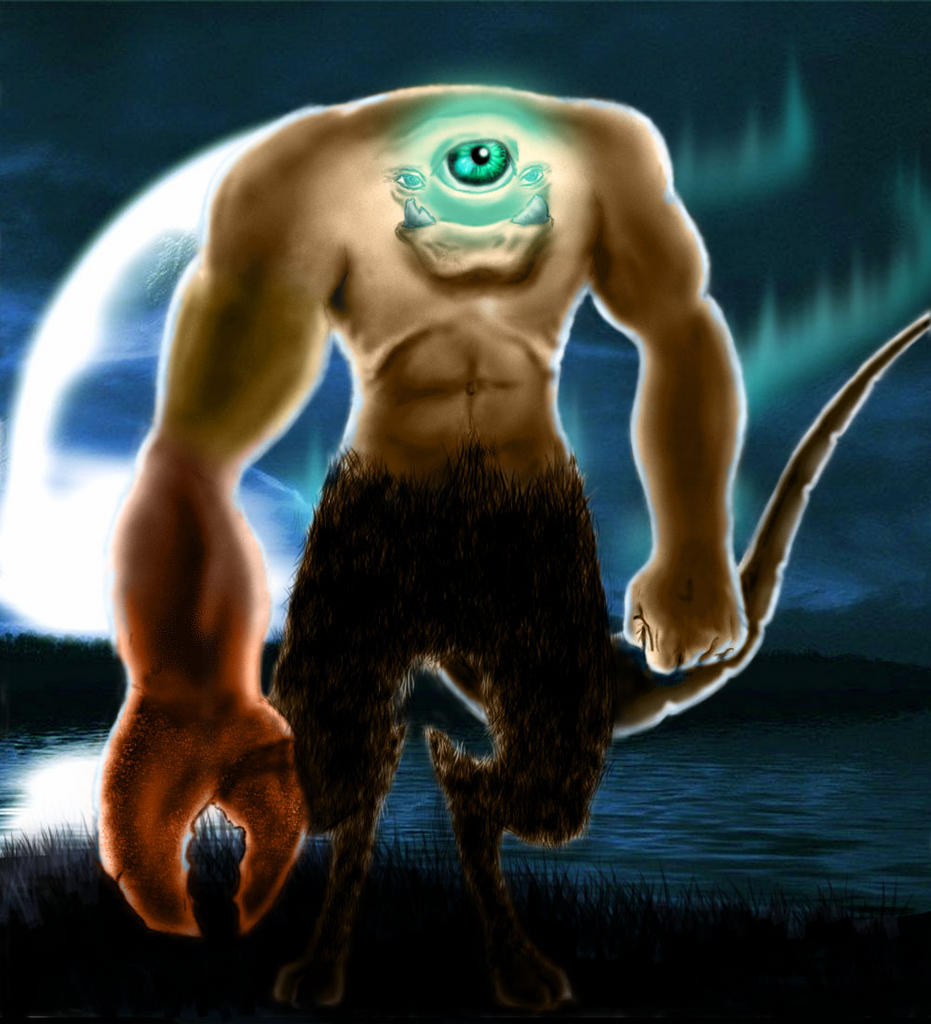 - minor though…
… but yeah, definitely 4 stars from me

good job working on it and actually getting it finished !
I like his glowing eyeball, that’s just awesome!!

well i changed my mind about it being done and added some lighting effects. now it looks more “real” (sort of) 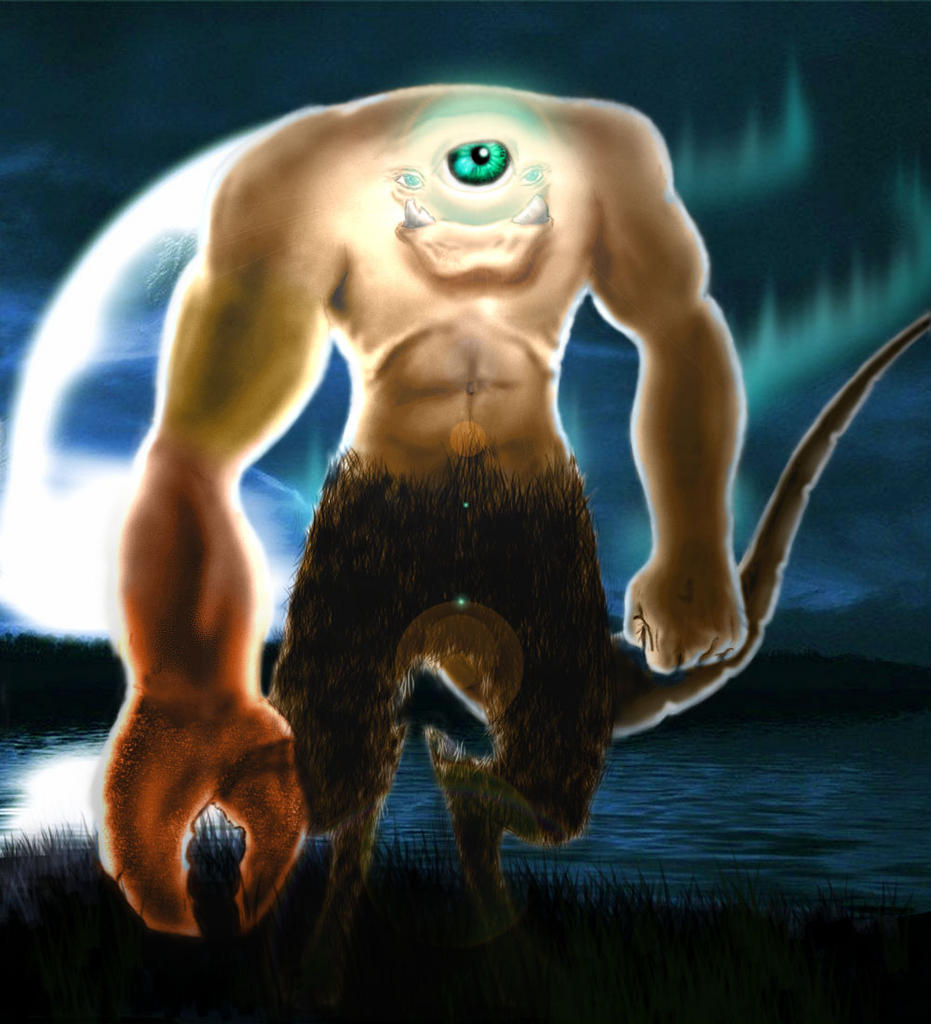 i took what you said into consideration, and i edited the curves and added more green/blue to the creature. not much, but enough i think 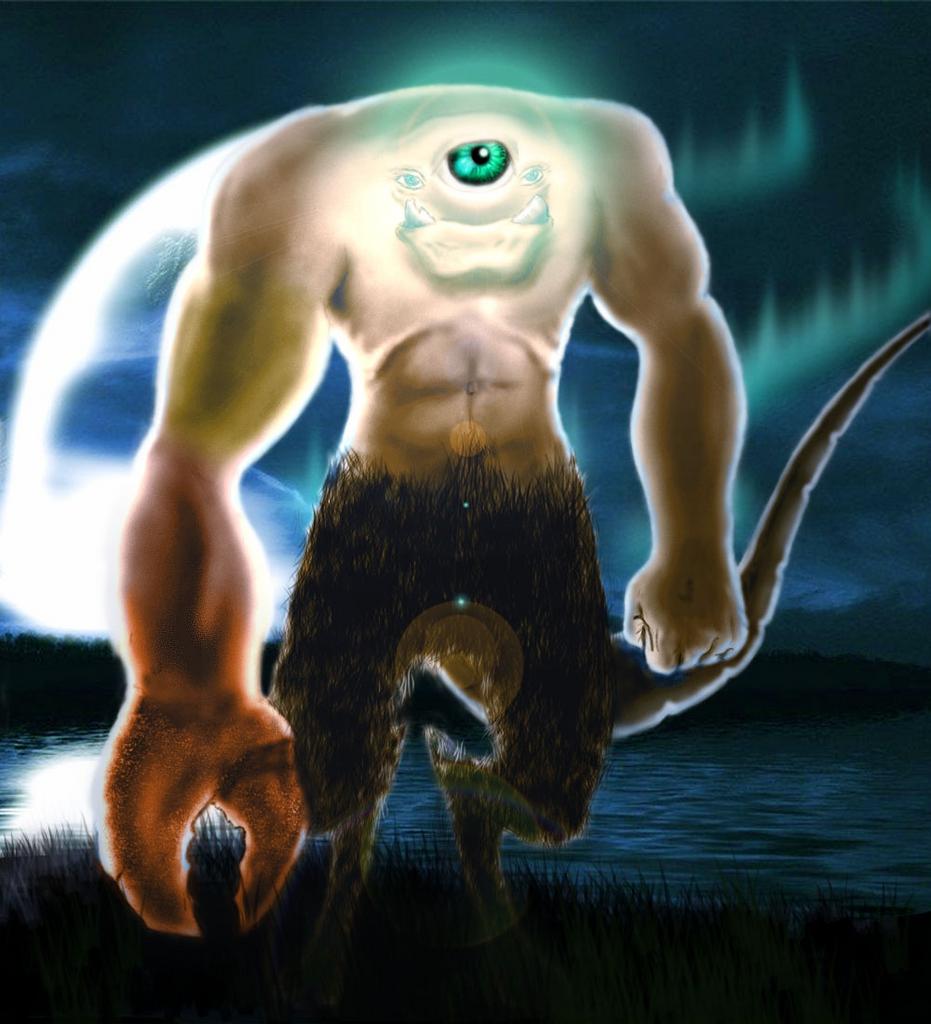 thats amazing!! DUDE i wish i had that skill!.. The light at his crouch looks out of place…

Thats it though! 4 stars!

agreed, the crotch flare doesn’t draw attention to the right part of the body

everything else is great!
cool beans… I hope you get an A!

thanks guys
i hope i get an A too.
about the crotch flare, (lol) it is eminating from the eye, so it actually fits the picture perfectly. i know it is a little out of place, but personally i think it adds a lot to the picture, and i like it where it is. but i really appreciate the input and opinions. thank you

ok so i have the story finished. it took some research, but it was worth the effort, i think.

nice story to go along with a fantastic monster!

Cant wait to see more stuff from you

thanks lilgrudgeboy!!
made my day my friend =)

WOO im good at that…

What is your next project going to be…If you want/have time Can you check out my thread in the traditional section?

Also do you have and tips on how you would go about making somthing like this?